Each holiday season since 1931, the Rockefeller Christmas Tree has brought people from miles around to New York City. This year’s tree has also brought along a small owl–the smallest in the northeast, to be exact.

A saw-whet owl who was hiding amongst the branches of the 75-foot fir was rescued before the tree was felled, tied up, and transported 170 miles from Oneonta in upstate New York to the Big Apple.

According to NBC News, a worker who helped deliver and position the tree at Rockefeller Center saw the owl and stored it in a box. 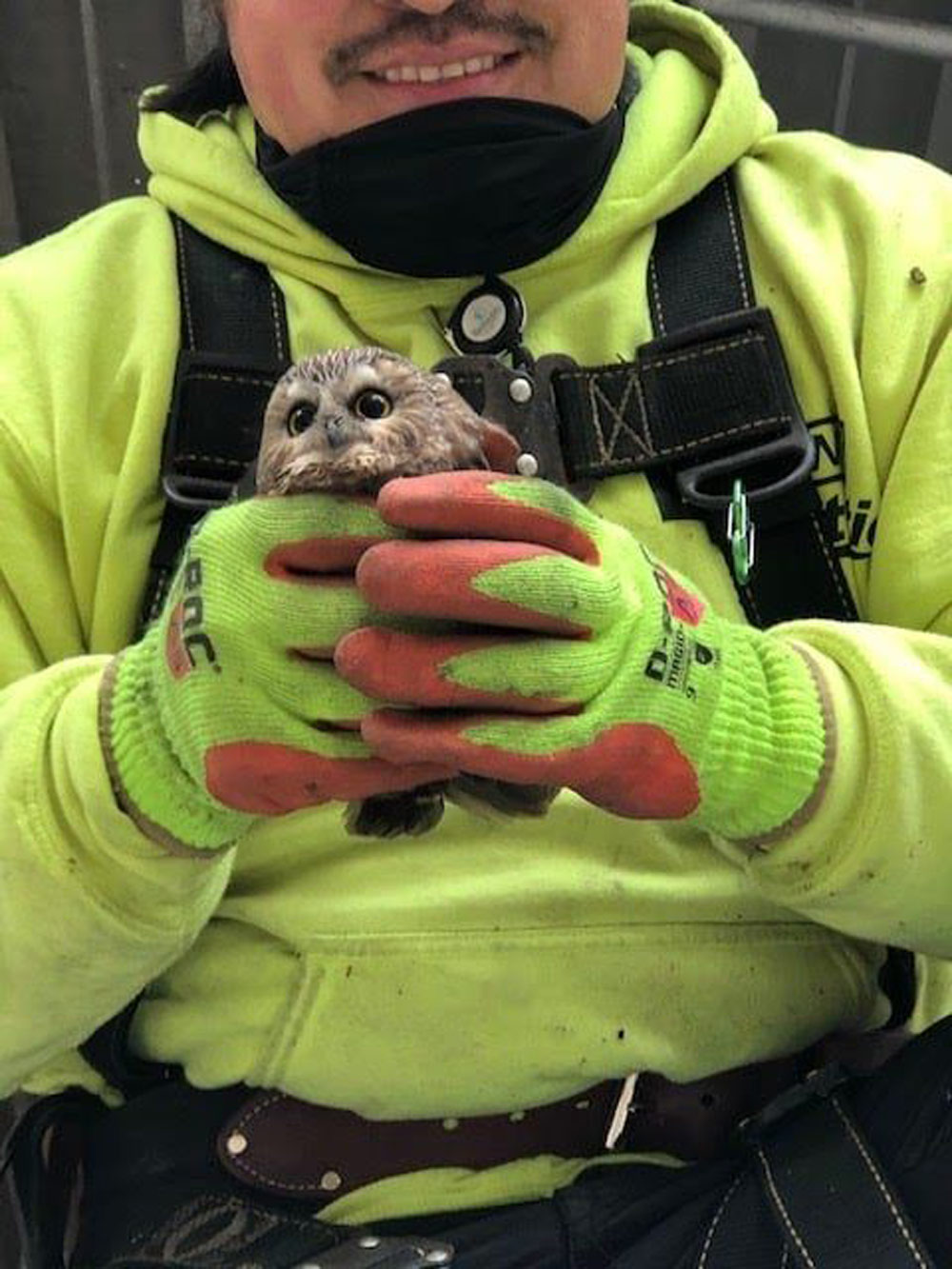 The owl was taken to the Ravensbeard Wildlife Center where specialists were able to nurse the bird back to health.

“Yesterday morning, I received a phone call from someone who asked if we take in owls for rehabilitation,” Ravensbeard Wildlife Center director Ellen Kalish posted to Facebook. “I replied, ‘yes we do,’ there was silence for a moment and she said ‘OK, I’ll call back when my husband comes home, he’s got the baby owl in a box tucked in for the long ride.'” 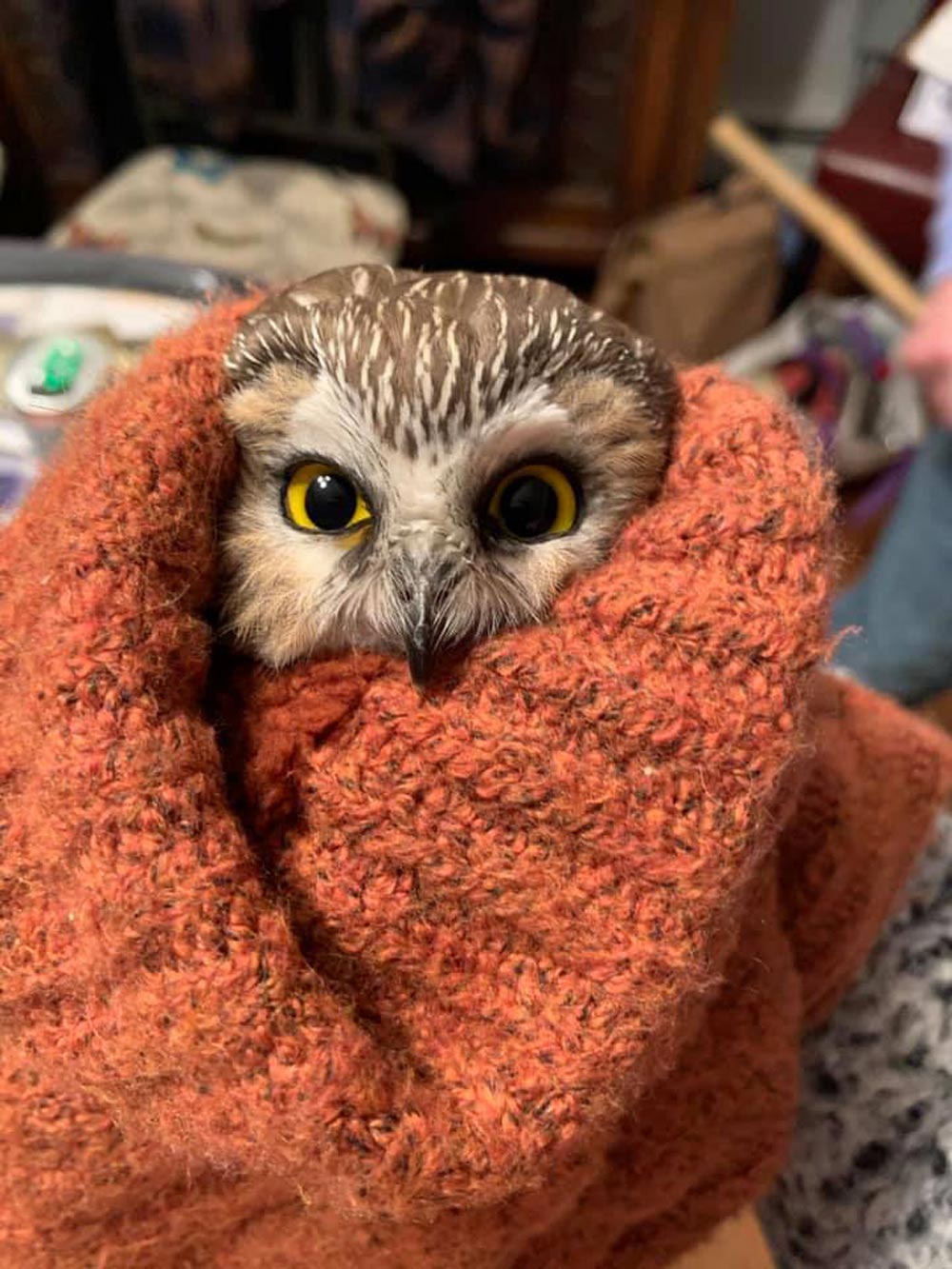 Source: Facebook/Ravensbeard Wildlife Center
The saw-whet owl is the smallest type of owl in the northeast United States.

The caller explained that her husband was on the crew that works with the Rockefeller Center Christmas tree.

“She lived about an hour south so we met in the middle to do the transfer,” Kalish’s post continued. “Once secured, I peaked in the box and saw this little face looking up at me. He/she was a little Saw-whet owl, the smallest owls we have in the northeast. All baby owls are born in the spring so the idea that there was a baby owl in November didn’t make sense.”

The owl had apparently gone days without eating or drinking. 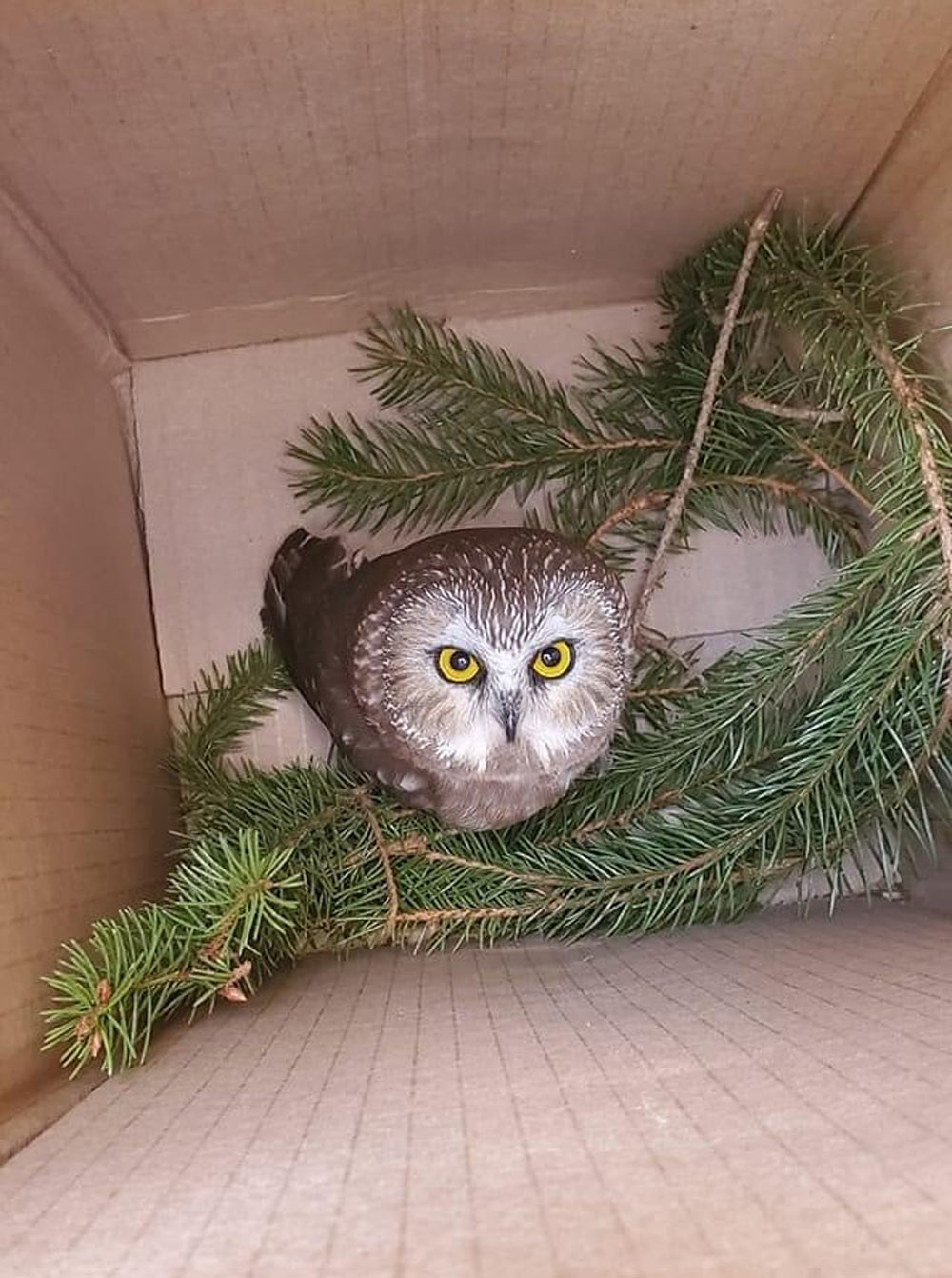 “Back at Ravensbeard Wildlife Center, we’ve given him fluids and are feeding him all the mice he will eat,” Kalish wrote. “It had been three days since he ate or drank anything. So far so good, his eyes are bright and seems relatively in good condition with all he’s been through. Once he checks in with the vet and gets a clean bill of health, he’ll be released to continue on his wild and wonderful journey.”

The Ravensbeard staff was grateful for this unexpected rescue. They chose a good name for the owl, too.