A black cat named Robin Hood is the newest face of the Arlington, Texas, animal services department’s anti-bullying and cruelty education program. But not too long ago, Robin was a victim himself.

The cat was taken to the local shelter after a neighbor found him with an arrow through his side. He needed emergency surgery to save his life.

The cat was given his new name, Robin Hood, while he recovered from the abuse.

Alcantar followed up by asking residents in Robin’s neighborhood what they may have seen. Before long, Detective Anthony Stafford had a suspect and obtained an arrest warrant. 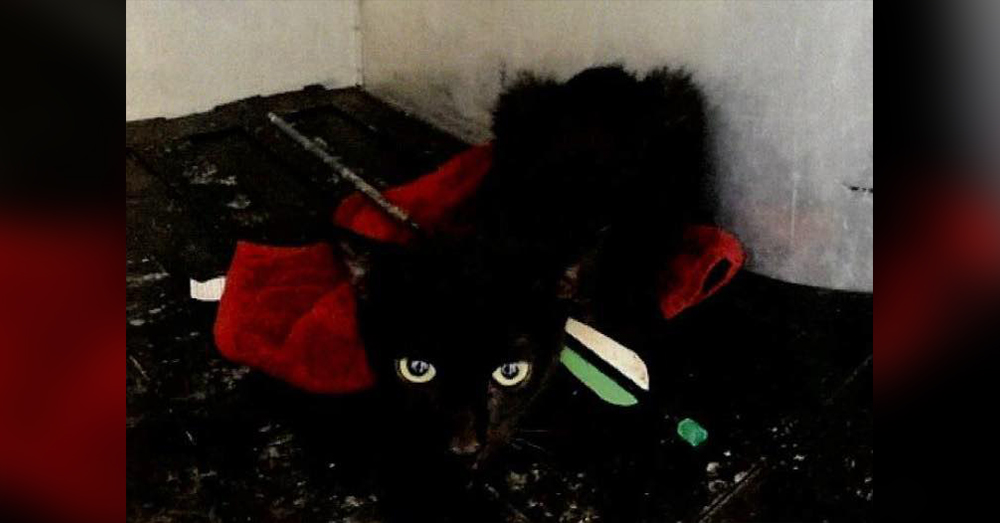 Source: City of Arlington, TX – Animal Services
“Robin Hood” was found with an arrow in his side.

In connection with the case, Tommy Wayne Hasting was arrested on a felony charge of cruelty to non-livestock animals, 10 News ABC reports. 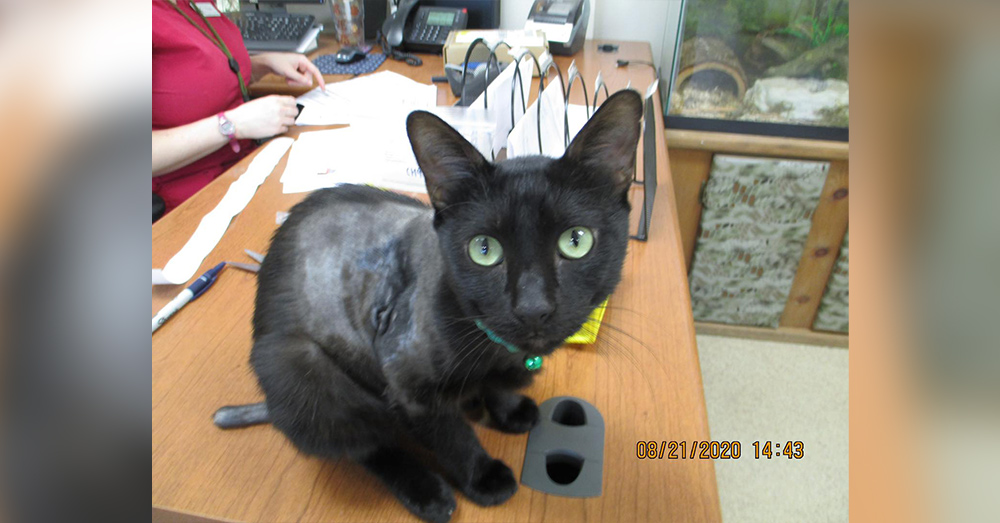 “This disturbing case of torturing an animal will not be tolerated,” Interim police Chief Kevin Kolbye wrote in a statement. “We will put as many resources as needed into animal cruelty investigations to bring justice in these types of cases.”

Now a duly decreed shelter cat of the city of Arlington, Robin will help advocate for anti-abuse initiatives and share an anti-bullying message with children “to show them that even if you have been bullied or you’ve been hurt previously that you can recover from it and live a terrific life,” Alcantar said. 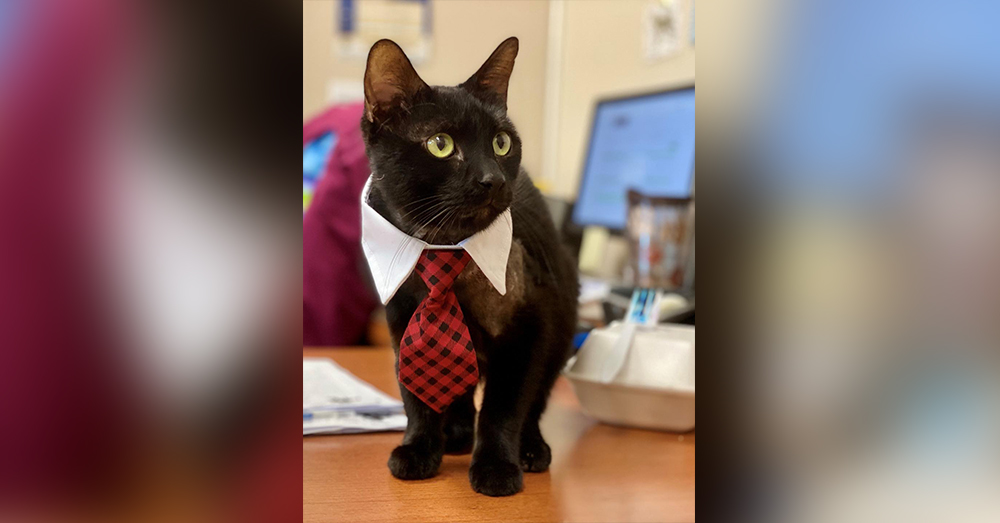 “Robin has become a member of our shelter family and we are excited about having him,” animal services employee Ray Rentschler wrote in a public release. 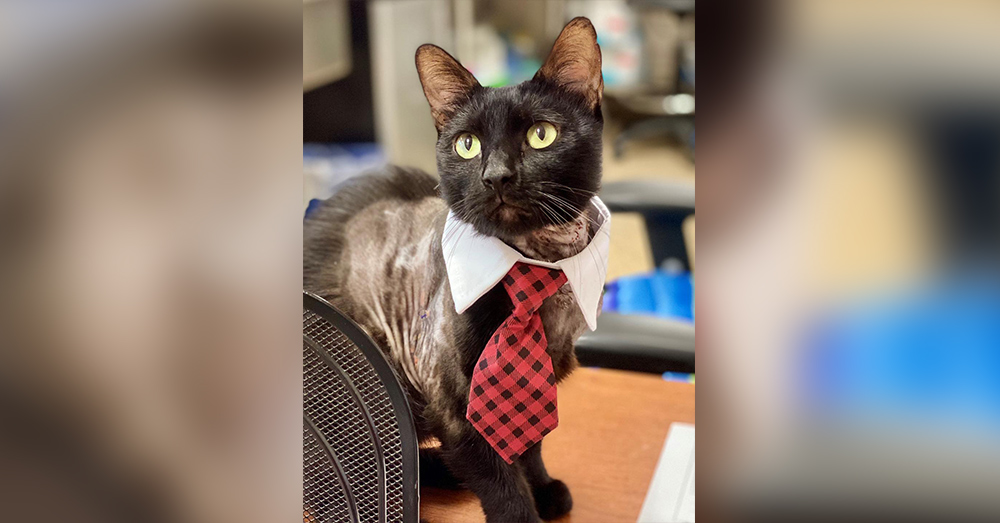 Robin even enjoys dressing up for his new role. It’s not unusual to see this black cat looking dapper in a tie.