While most people might encounter ants on a family picnic, visitors on Christmas Island, 1500 km west of the Australian mainland, will come across robber crabs – also known as coconut crabs.

They are the largest land-living arthropod in the world, weighing up to 9 pounds, so their size alone is impressive. But apparently they also have an incredible sense of smell.

A man who used to visit the island as a child said, “They are nicknamed ‘robber crabs’ because they will descend in the dark of night and rob campers of their pots and pans and whatever else their pincers can pick up.” 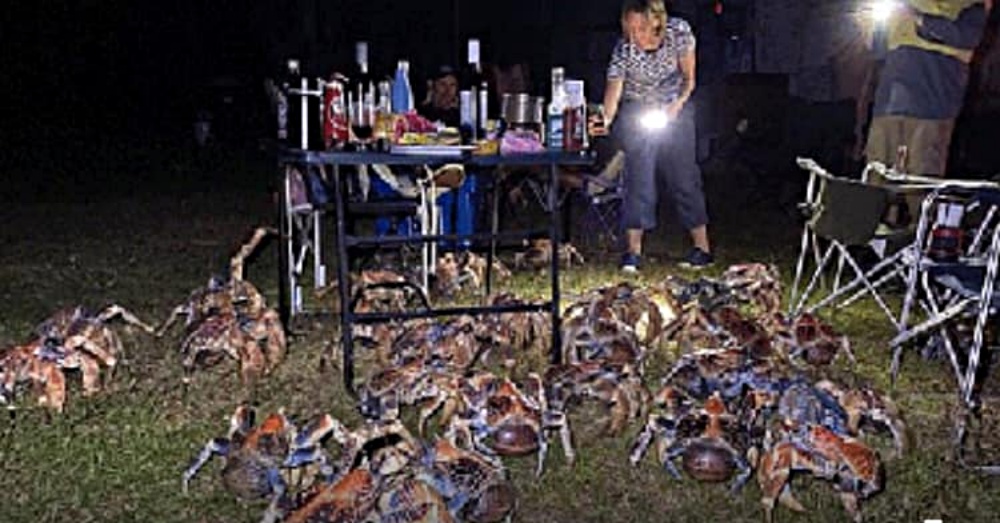 Amy Luetich and her family were enjoying a BBQ with some friends on the beach on Christmas Island when dozens of uninvited guests showed up. A large group of robber crabs emerged from the trees and headed straight for the food, and there are pictures to prove it.

The smell of sausages cooking drew them in and they stayed around hoping for a taste. One crab was even pictured climbing up one of the camping chairs and others were said to have crawled on the table. 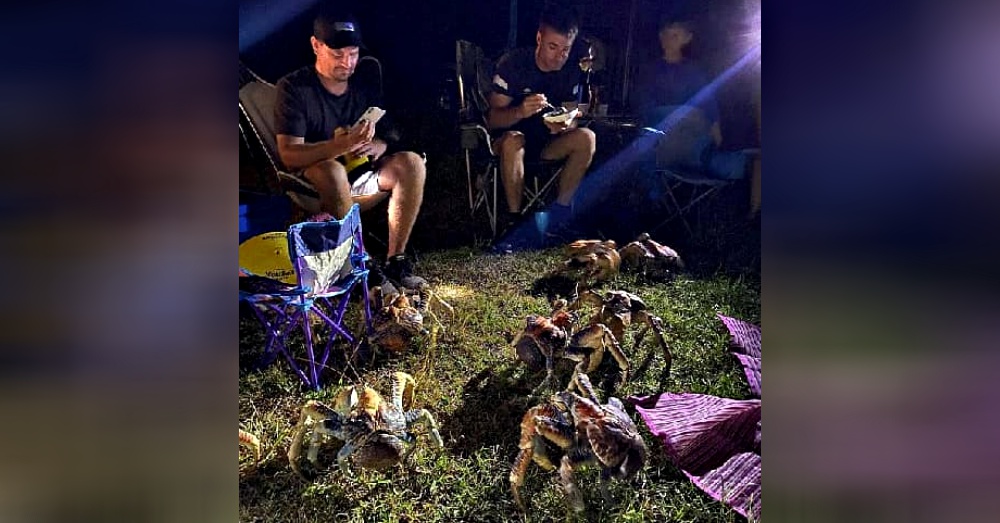 Luetich’s son, Jacob, counted 52 robber crabs and was in charge of carefully removing them and placing them back in the jungle. But all his hard work was in vain, because the giant crabs slowly made their way back to the campsite.

Jacob told Studio 10 in an interview that he wasn’t afraid of the crabs because they are slow-moving. 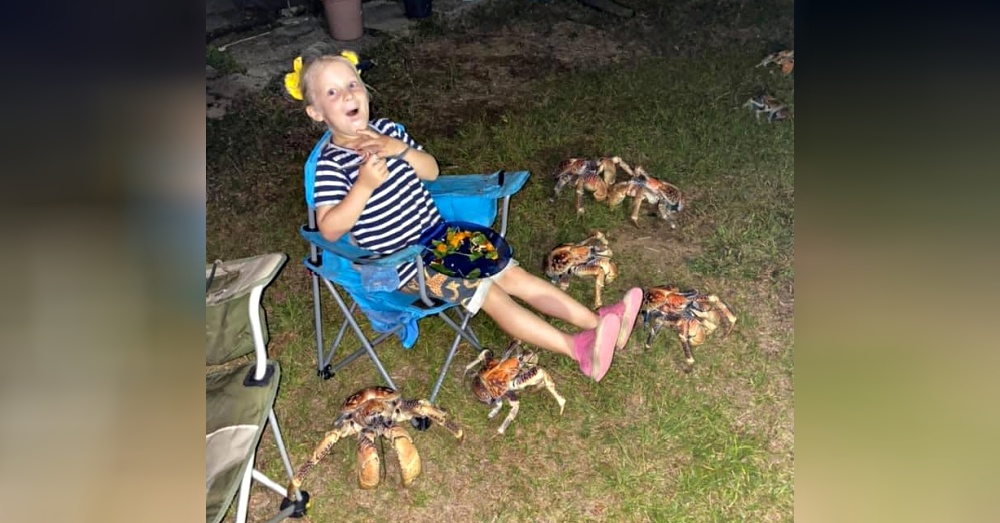 A little girl is pictured utterly shocked as the crabs surround her and her plate of food. While some said the scene is something straight out of a nightmare, locals say the crabs are “very placid creatures.” One person commented, “I’d let them take anything they wanted. Those claws 😱.”

While the crabs were persistent, they did not make away with any of the family’s food. Photos of the infamous BBQ have gone viral and the experience is one the family will not forget. 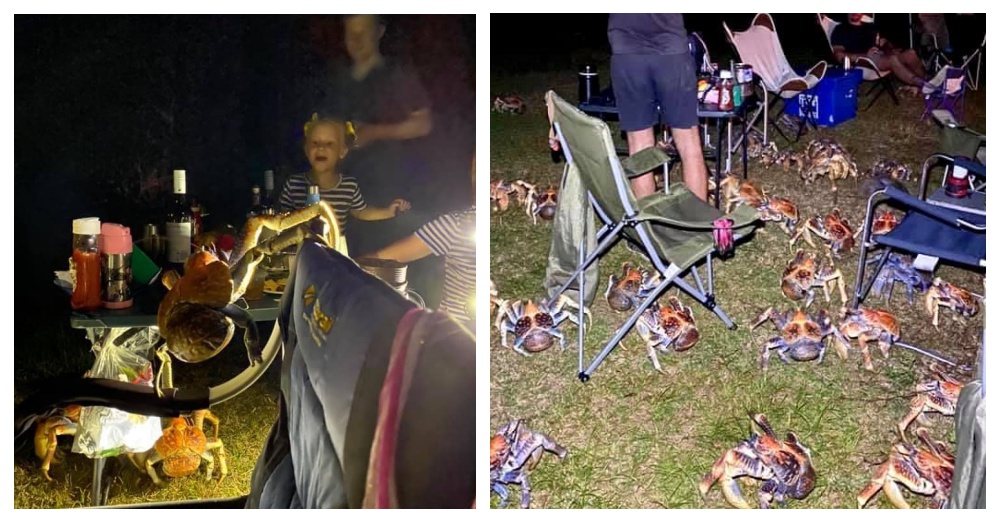 Although some visitors may view robber crabs as a meal, they’re protected on the island and anyone who kills or tries to eat ones faces a $5,500 AUD fine per crab. “Robber crabs are protected and respected here on Christmas Island so they are off the menu, which is why we have the healthiest population of these arthropods on the planet,” wrote Christmas Island Tourism.

It’s impossible to visit Christmas Island and not encounter the mischievous and famous creatures.