Around 300 Olive Ridley sea turtles were found dead, lined up in a haunting procession of lifeless shells after being tangled in fishing nets off the coast of Mexico.

Olive Ridley turtles are some of the rarest sea turtles in the world. Only an estimated 800,000 remain alive in the wild and both the World Wildlife Fund and International Union for Conservation of Nature and Natural Resources consider them “Vulnerable.”

“Their vulnerable status comes from the fact that they nest in a very small number of places, and therefore any disturbance to even one nest beach could have huge repercussions on the entire population,” the organization said. 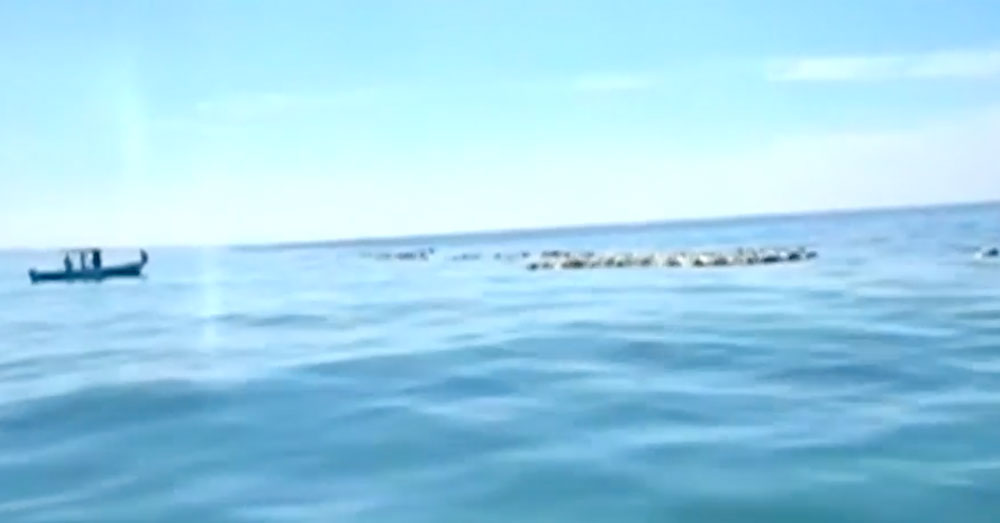 Source: YouTube/Arab News
A trawler aproaches the mass of turtles.

They make their homes in tropical waters around the world, between the Pacific, Atlantic, and Indian oceans, where the biggest threats to their survival are finding their eggs stolen or eaten, and being entangled in commercial fishing nets.

The net these turtles was found in was used for fishing, through it was not meant to be used in the ocean. According to the New York Post, the turtles were snared in a river fishing net used for catching shrimp, with a finer mesh than ocean equipment. 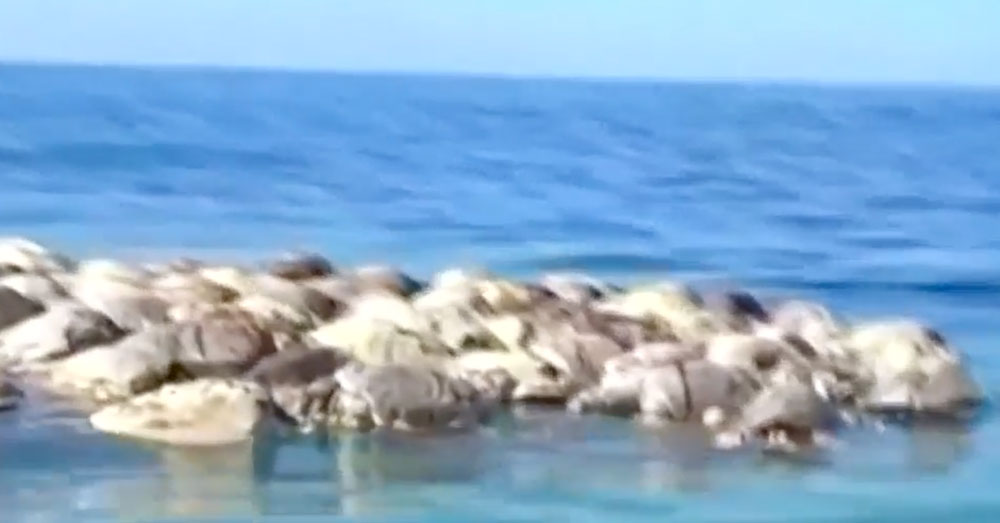 Source: YouTube/Arab News
The turtles were found clumped together, tangled in the net.

Mexico’s Federal Attorney for Environmental Protection (PROFEPA) have said using that net in the ocean was a violation of federal law, and they will be searching for those responsible.

The turtles had been dead for eight days when the Mexican Navy came across the turtles, which were by then in an, “advanced state of decomposition, and some were in pieces,” PROFEPA said. 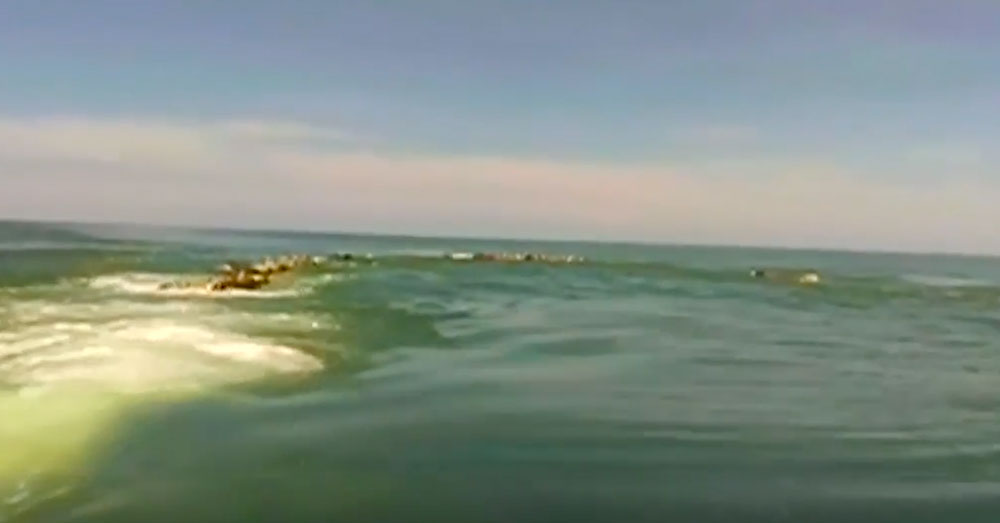 Source: YouTube/Arab News
The turtles were hauled to shore and buried.

“To catch that many turtles means it was probably fishing on its own for a good while, based on the level of decomposition evident in many of the animals,” Bryan Wallace, a marine biologist who has been studying sea turtles for almost 20 years told National Geographic.

Nor is this fishing disaster an isolated incident. On other occasions, at least 100 sea turtles were discovered dead along the the Playas de Puerto Arista Sanctuary on the Pacific coast of Chiapas, in Mexico. In a different instance, 102 Olive Ridley, six Hawksbill and five Galapagos Green Bill turtles were discovered within the space of a month at the same wildlife sanctuary.