Animal lovers are disgusted and outraged by trophy hunters and poachers. We all would love to tell them what we think of them and the cruel things they do to animals. Well, Ricky Gervais did just that, and he did not hold back.

Ricky Gervais is best known for his humor, but he is also a huge animal advocate. Just another reason to love him. His wit and comedy has us laughing out loud, but his words towards trophy hunters and poachers has us wanting to give him a high five. 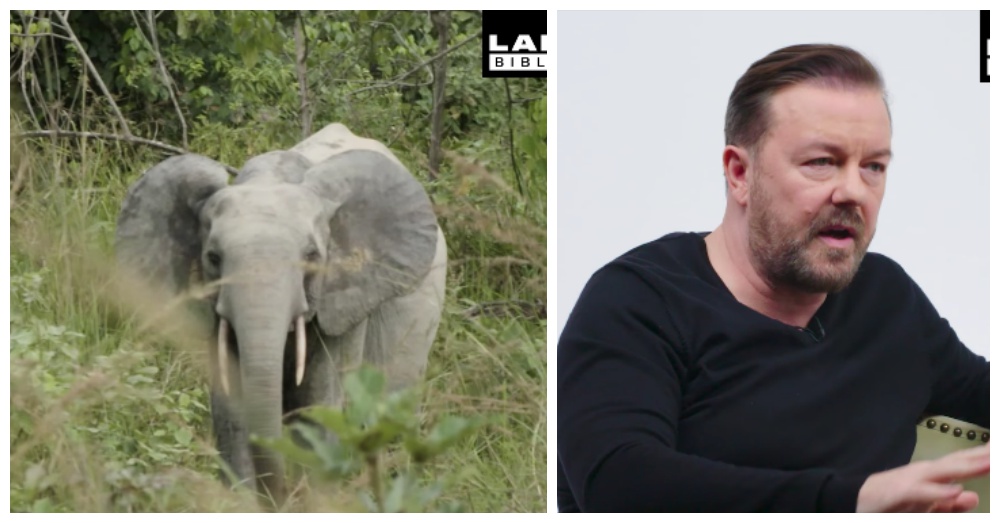 Part of the profits he makes on his comedy tours are donated to animal charities. He is also an outspoken spokesperson for animals on issues like puppy mills and dog and cat meat trade. As for people who ruthlessly hunt and kill animals, he regularly ridicules them.

Recently, he called them, “psychopaths” who “like shooting things.” He lets loose in a rant about how killing rhinos and elephants is senseless. He starts by saying, “It’s sad that we are going to lose species forever.” Then he voices his opinion on people killing rhinos for their horns. He states, “Which is keratin. It’s hair. It’s got no medical properties whatsoever.” He continues on to say that slaughtering a rhino, especially one with a calf on their side is heartless. 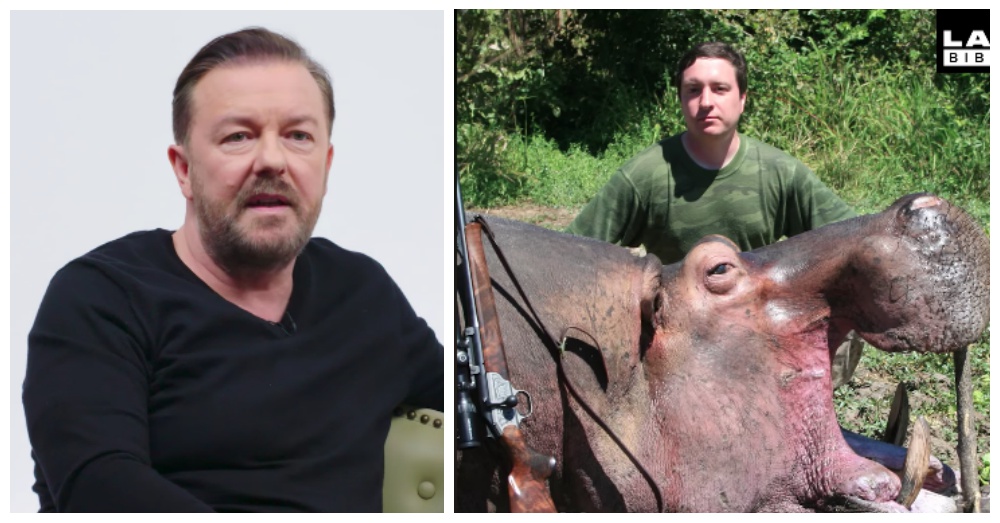 Then he moves on to his views on killing elephants for ivory. “For a trinket. You would kill this magnificent animal for a trinket. There is no point.” Every 15 minutes an African elephant is killed for its tusk.

‘Also, this nonsense of people saying, “Oh, it’s conservation. We are doing good.” They’re not doing good.’ He goes on to say, “If it was providing a service, we would be paying them.” People spend millions of dollars each year to hunt animals for a thrill.

“It’s not conservation. It’s rich psychos who like killing things.”

Watch his entire rant in the video below.

Warning: This Video Contains Language That May Offend