Baby White Rhino Was Left Alone To Die. Now She Loves Playing With Her Rescuers

Nandi, a two-month-old white rhino, was found wandering all alone after her mother was sadly shot and killed by poachers. 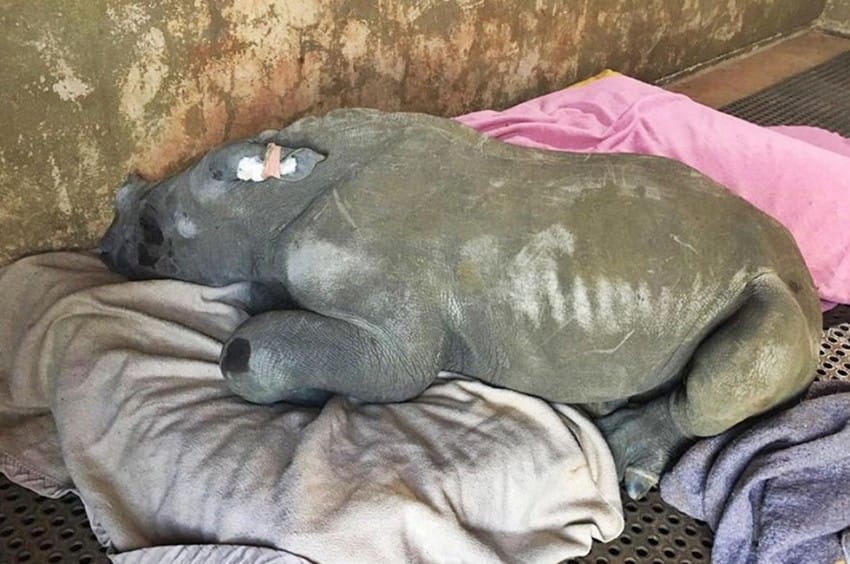 Nandi somehow managed to survive on her own, but she wouldn’t have survived much longer without her mother. Although she was alive, she was not in good shape. Thankfully, people found her just in time and brought her to The Rhino Orphanage. 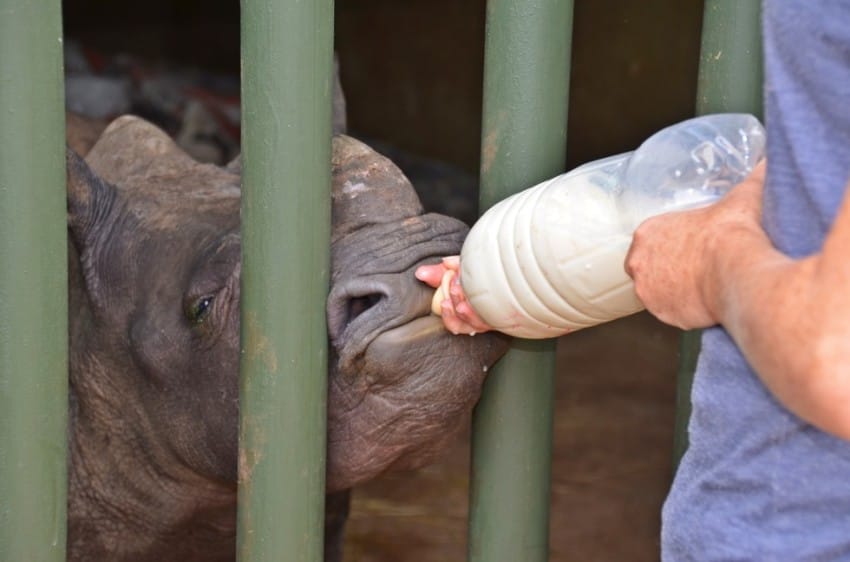 The Rhino Orphanage specializes in the care of rhinos and is supported by the Wild Heart Wildlife Foundation. The sanctuary provides a home for rhinos who, like Nandi, lost their parents to poaching. 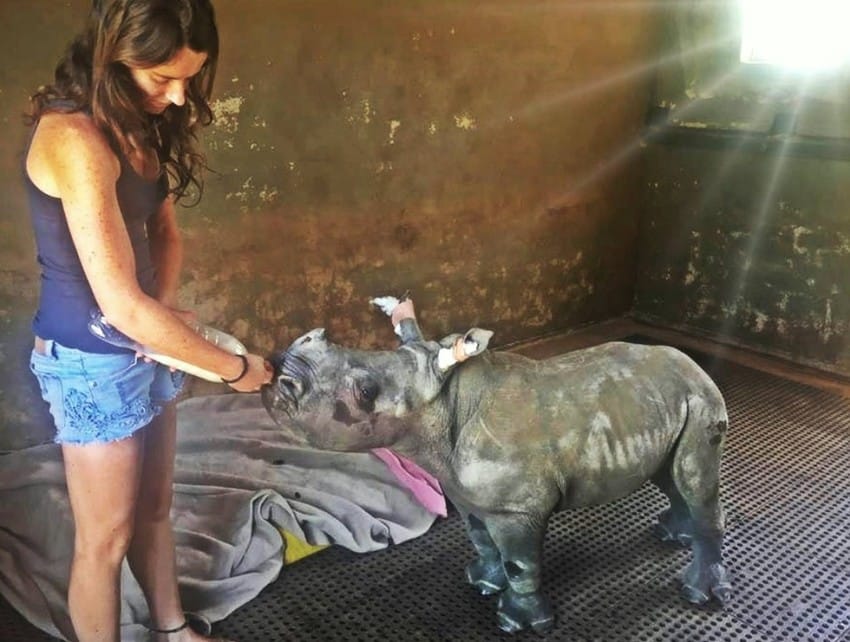 Nandi arrived at the orphanage and warmed up to her new surroundings very quickly. The staff there takes great care of her and fed her milk with psyllium husks to flush the sand out of her intestines. Today, she is starting to eat solid foods, and she is growing up to be big and strong. 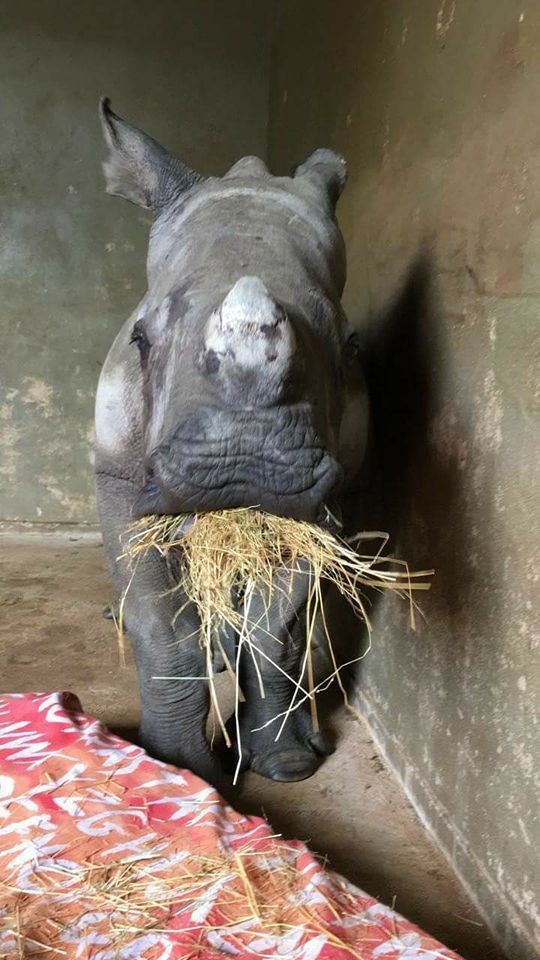 She is extremely grateful to be rescued and have a nice and loving home. One of her favorite things to do is chase her human friends around! She’s extremely friendly and loves to show it! 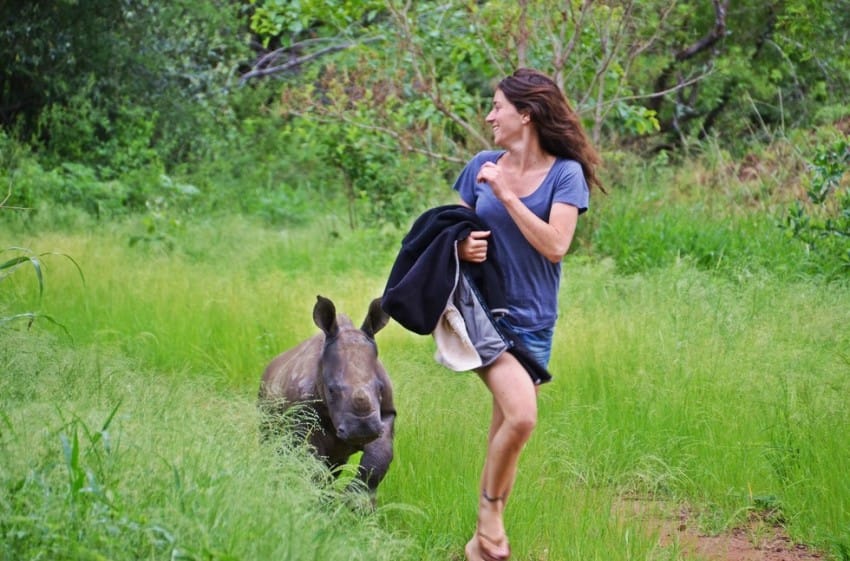 Watch her chase her human in the video below: