DeAnn Sheperd of the Utah Humane Society was heartbroken to not only see a dog dropped off at the Shelter, but a note written by a small child with care instructions for “Rhino Lightning.”

Rhino came from a family with very small children, where the family could not handle the energy and excitement of such a rambunctious dog. While the family was dropping off the dog at the shelter, one of the children wrote specific instructions for their furry best friend. 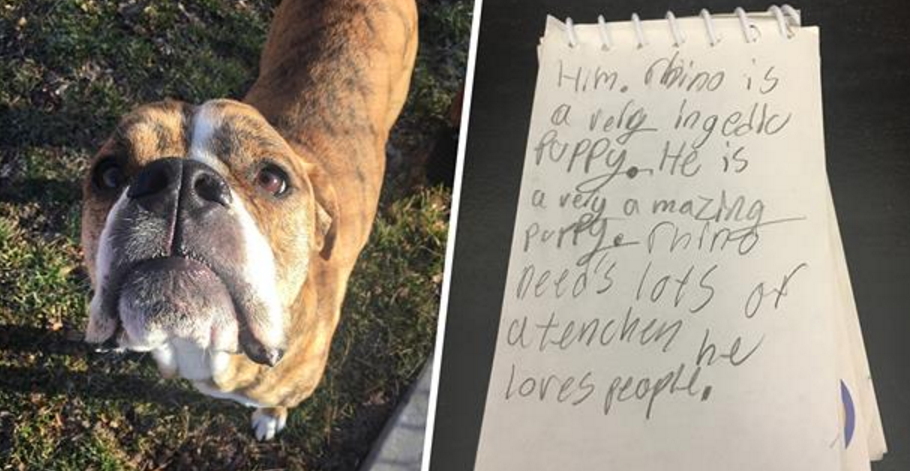 Part of the heart-wrenching note read: “He was my puppy….His cheeks make a lot of slobber…..I really hope he is in a good environment. I really miss him. I wish he knew that he was a pretty puppy.” The note also goes on to mention that Rhino doesn’t like snow or water, and isn’t too fond of cats either.

The story spread like wildfire and people all over the country were calling to see if Rhino was still available. Two to three days after the story broke, the Utah Humane Society announced on their Facebook Page that Rhino Lightning was adopted!

I’m sure the adorable child can now sleep better knowing that her best friend is being taken care of and even has a canine sibling to hang out with as well.

Woman Brings Her Sick Dog To A Groomer And Never Returns To Pick Him Up: Click “Next” below!