Say hello to Rey. He is a special-needs pup that can easily turn you into absolute mush! He was brought to Dr. Karri and her team at Vet Ranch from another animal hospital that couldn’t accommodate his needs. The story behind Rey’s initial rescue isn’t very clear. Apparently he was a stray that was found by a human, the human then took him off the streets and posted an ad on craigslist because the human didn’t want to keep Rey. A kind soul saw the ad and immediately took Rey off his initial rescuer’s hands and sought help for the shaking little pup.

Upon his arrival at Vet Ranch, Dr. Karri diagnosed Rey with Parvo. Parvo is a highly contagious virus in dogs that can cause an array of negative symptoms, such as diarrhea. In addition to the Parvo, Dr. Karri noticed that Rey’s shaking wasn’t because he was frightened. His shaking was something neurological in nature. Not sure exactly what the cause was or if it was something that Rey was born with, Dr. Karri decided to run some tests. But before doing that, she wanted to get the Parvo under control. 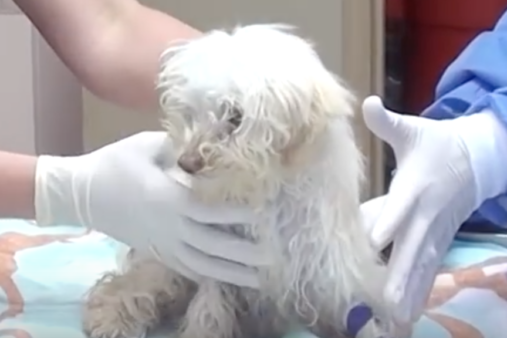 Rey began his treatment for his Parvo and while that was clearing up, Dr. Karri decided to test his blood for virus called the Distemper Virus. Distemper is a virus that affects a dog’s nervous system and could be the reason behind Rey’s shakes. The results of this test wound up negative, so Dr. Karri determined that Rey’s tremors were something that he had likely been born with and despite being a bit shaky, he will continue to live a healthy life. Along with the negative Distemper results, Rey was declared Parvo free! Rey can now go on to living a happy and healthy life being the little ball of energy he has been striving to be.
Share on Facebook
Share on Facebook