Despite A Significant Birth Defect, This Inspiring Puppy Is Determined To Live His Best Dog Life

This Labrador mix, Rex, was born with an unusually short front paws, but his birth defect hasn’t slowed him down any. Not only does the puppy love to swim, play and hop around on his hind legs, he’s managed to charm his foster parents so much that they recently traveled 1,200 miles to visit him in his new home in Wisconsin.

Of course, Rex’s persistent cheer might stem from all the loving people in his life. Since being dropped off at a Houston shelter last year, the dog formerly-known-as Nugget was initially fostered by the Ettehadiehs, a family that cares for animals so much that Rex was their 48th fostered rescue. 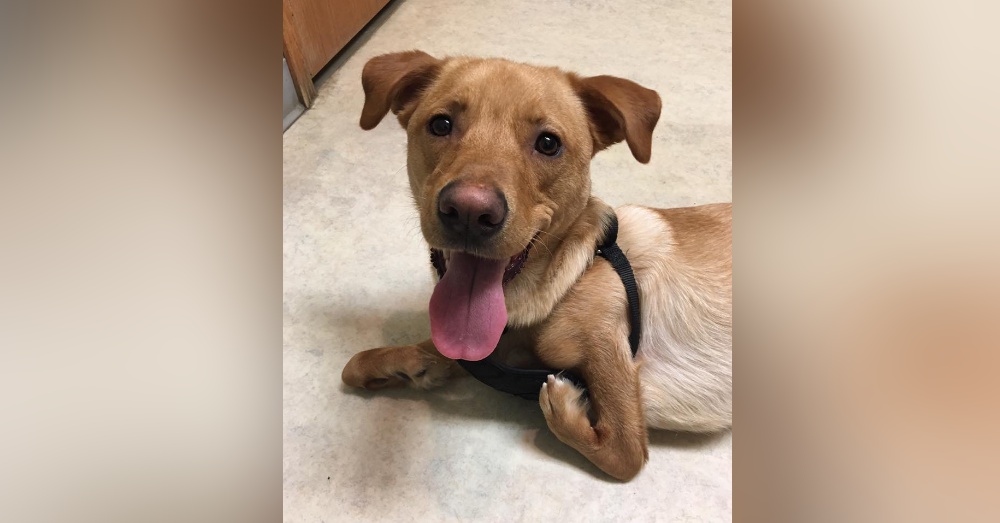 Unfortunately, the state’s lax laws regarding spaying and neutering have led to a surplus of Texan strays, which is one reason Rex was ultimately moved to Wisconsin. Here rescued dogs have a better chance of finding a forever home, and this is how Rex came to find his second foster family, the Burdens. The match was facilitated by two animal rescue shelters, based in Texas and Wisconsin, respectively. Rex’s first foster family worked with Lola’s Lucky Day in Houston. The puppy’s second foster family was affiliated with Paddy’s Paws, a Wisconsin rescue that’s proudly saved 1,900 dogs since opening in 2014. 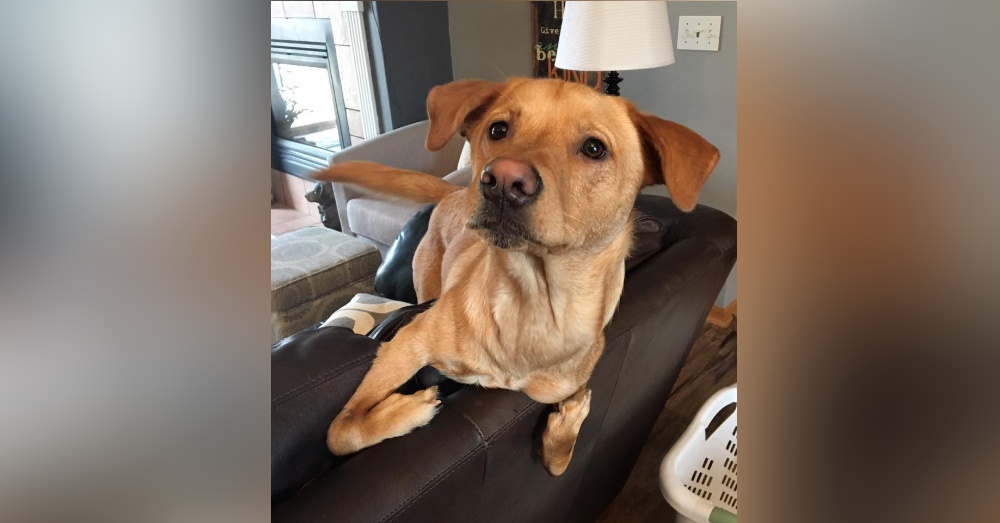 Regardless, after about six months at his second foster home, the Burdens realized that sweet Rex had already ingratiated himself into their hearts, so they officially adopted him into the family. Not only was the well-mannered puppy absolutely adorable, it was hard not to admire his boundless enthusiasm, despite his rough start in life. And while Rex gets around just fine on his hind legs (or even wriggling around on his front), the Burden’s have sprung for a wheel-chair like contraption to reduce stress on his joints, which will hopefully help him avoid arthritis later in life.

What disability? See how well Rex gets around!