Cocker spaniels love to swim, but one adventurous pup got a little too far out to sea.

Fortunately, rescuers from RNLI, a UK-based emergency rescue service, spotted the dog swimming off England’s south coast and dispatched a team to bring the wayward pup safely back to shore.

“Hello buddy! C’mere, you’re not supposed to be out this far,” rescuers called out to the dog, who was paddling half a mile off the shore. “C’mere, what are you doing?” crew members called out to wayward pup, whose guilty demeanor suggested the dog knew she was in trouble. 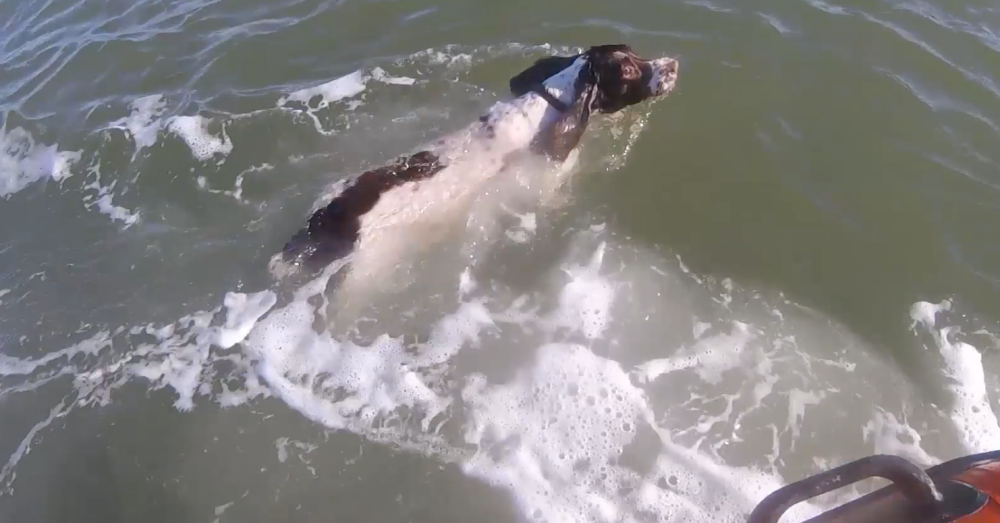 Rescuers were able to grab this waterlogged pup by her collar and pull her back into the boat, where she gratefully cuddled with rescuers. “You’re a lovely dog, aren’t ya?” crew said to the brown and white spaniel, who was clearly relieved to be safely on board.

Once the spaniel was safely on board, rescuers raced back to the beach, where the dog’s worried owner was pacing on shore. “I know you get it regular, but thanks,” the man said as he gripped his dog by her collar. “Aw don’t worry,” the pup’s rescuer said, with a modest wave of his hand. It’s all in a day’s work! 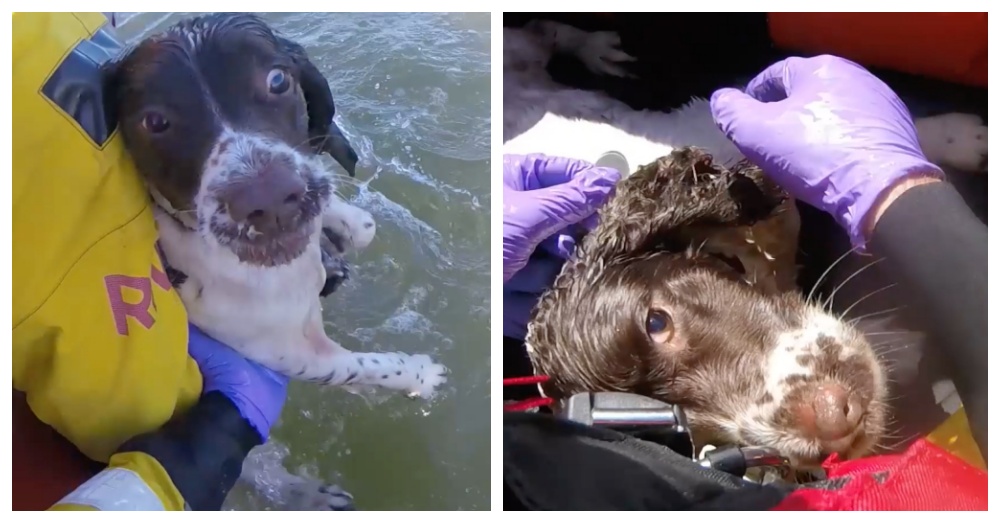 Fortunately, crew captured this heroic save on video, which they posted on Facebook. “Gone swimming, back soon…” rescuers captioned the video. “Rescued this swimming spaniel half a mile out to sea!”

RNLI also took this opportunity to offer some life-saving advice for dog owners. “While you’re out catching the last few glimpses of summer, remember to use a lead and, if your pooch does get into trouble, dial 999 [in the UK] and ask for the coastguard,” they wrote on Facebook.

You can watch this heroic rescue in the video below. Thank you for saving this pup’s life!

"Gone swimming, back soon"… RNLI Rhyl rescued this swimming spaniel half a mile out to sea! While you're out…