It’s not uncommon to see mountain goats prancing across steep bluffs, but when an Idaho pooch tried the same trick, the poor dog got stuck for nearly a week.

According to KWCH, rescuers were called after locals spotted a lonely dog trapped in the cliffs overlooking their town of Twin Falls, Idaho. The worried neighbors – including a man who climbed up himself to give the dog water — had already contacted several “rescue” organizations, but each declined to get involved owing to the animal’s precarious position. 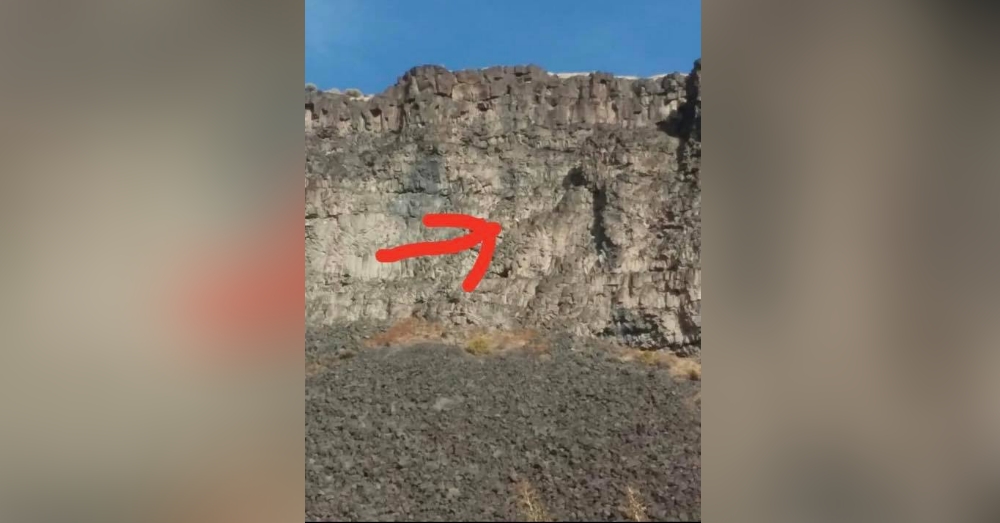 By the time Friends Furever Animal Rescue was called in, the frightened creature – who was nicknamed Clifford owing to his unusual location — had already been stuck on the bluffs for 5 days. Fortunately, the volunteer-run group also included two volunteers with mountain-climbing experience, which seemed like the only way to rescue the Great Pyrenees.

“When we saw where the dog was, it kinda changed the game a little bit,” one of the climbers, Richard Jensen, told KWCH. 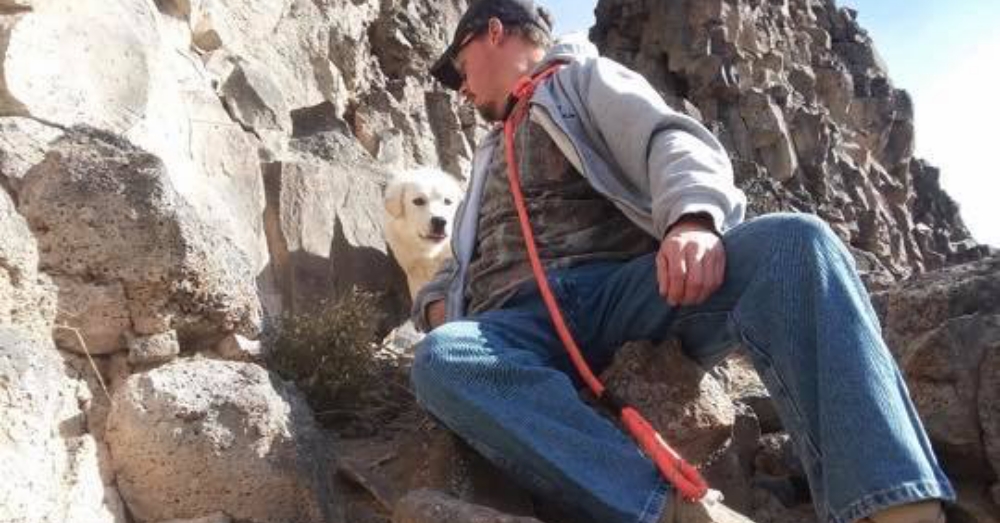 But on a cliffside this steep, mountain climbing is fraught with danger, which is why the rescuers enlisted a drone to help them plot out the best escape route. Unfortunately, the drone also scared Clifford, who began howling and started to panic.

“Once we reached him, we sat up there with him for a little bit to get him used to us and help him feel more confident,” the second rescuer, Dave Wright, explained. The pair fed Clifford Clif Bars and water and, when the frightened pooch finally seemed comfortable with them, began slowly making their way down the mountain. 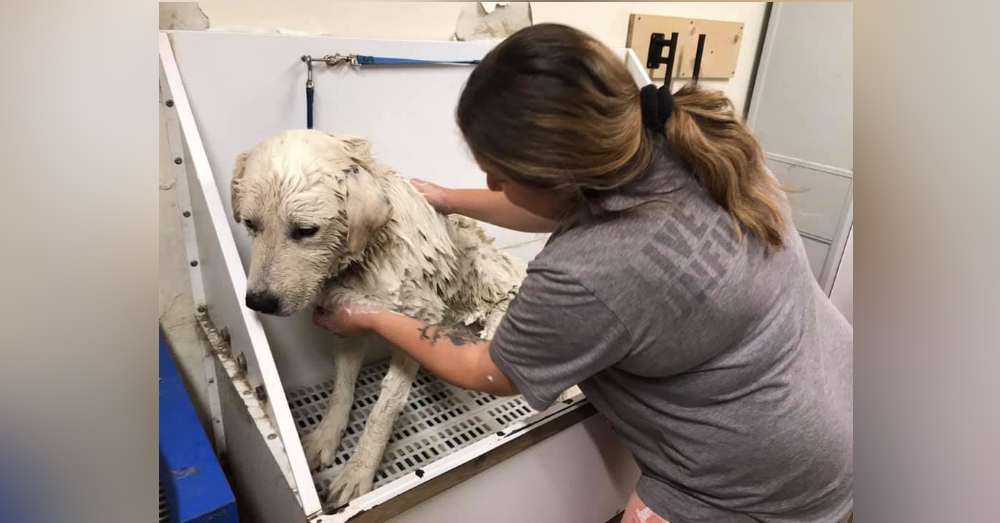 Once the trio finally descended, Clifford a received a much-needed bath and vet check-up. “He is banged up a bit and has some older, slightly infected sores, that are healing up well,” Friends Furever informed Clifford’s well-wishers on Facebook. 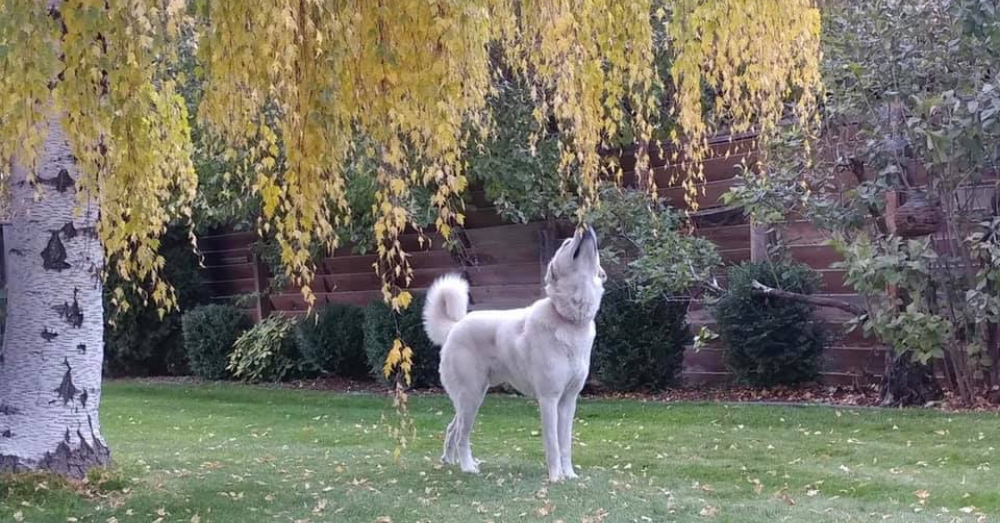 In the meantime, the dog is relaxing in foster care while the group waits for Clifford’s owner to come forward, or begins seeking a new forever family. Please contact Friends Forever if you think that could be you, or if you’d like to help sponsor Clifford’s medical care.