A family from Wandiligong, Australia, was certainly surprised when they walked outside and found a cute puppy whimpering in their backyard. They initially assumed that the little dog was just lost but, when nobody came around to claim it, they realized the frightened creature might in fact need some help, so they decided to call the cops.

The dog eventually made its way to Rebekah Gray, a local veterinarian who runs a nearby vet clinic. “He was very laid back and happy to be picked up,” Day told CNN. “Really just ever so cute, he was just a little floof.” 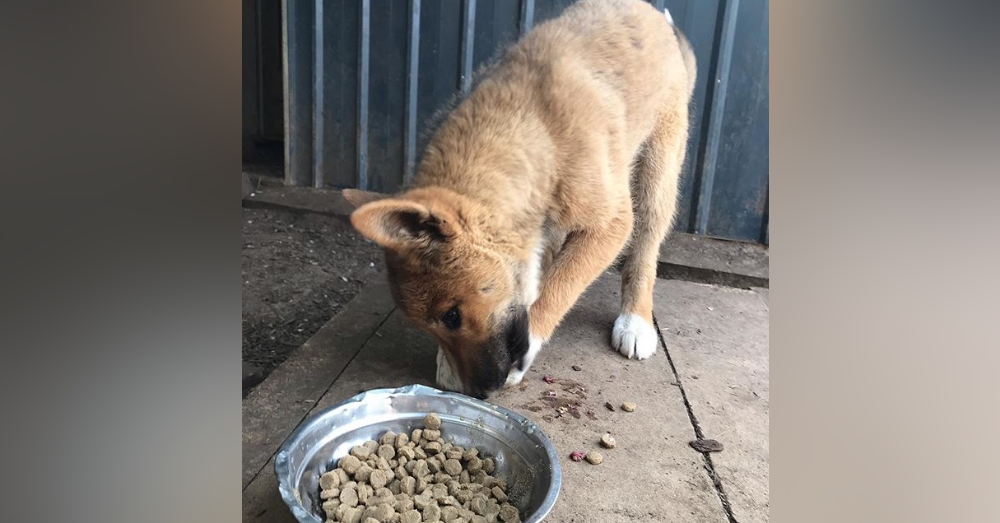 But as Gray looked closer at the puppy, whom everyone had started calling Wandi, she made two surprising discoveries. First, the puppy had some odd scratch marks on his back, which led Day to suspect Wandi may in fact have been dropped by a hawk hoping to enjoy the puppy as a snack.

She also guessed that little Wandi might also be wholly or partly Dingo, or Australian wild dog. “There was no evidence of any other dingoes around (and) we have some large birds of prey in the area, and we have seen lambs and small dogs picked up on occasion,” Day said. 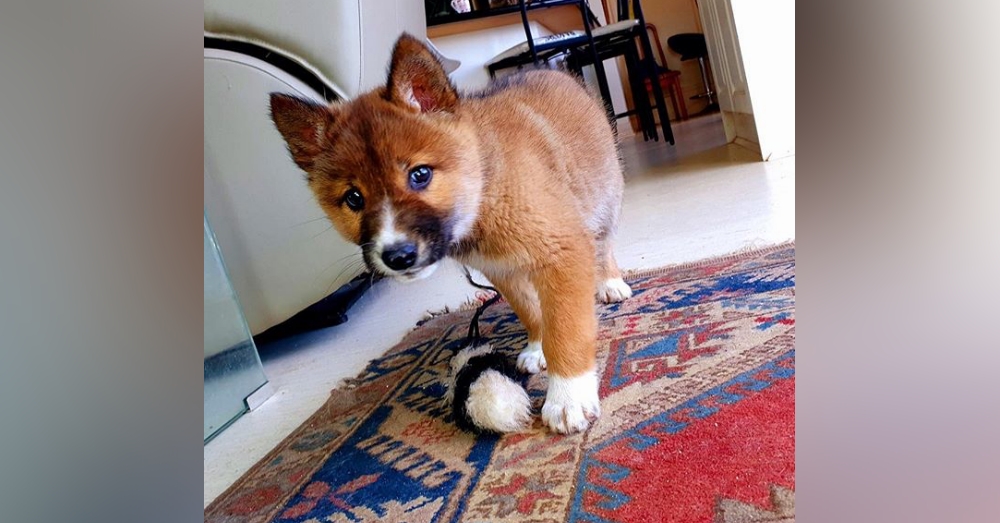 Before long, the director of The Australian Dingo Foundation, Lyn Watson, was on the phone. After all, finding a dingo these days is increasingly rare. Though the dogs once roamed freely across Australia, hunting, habitat destruction and climate change have all taken a toll. Now the International Union for the Conservation of Nature and Natural Resources considers modern dingoes a “vulnerable” species. 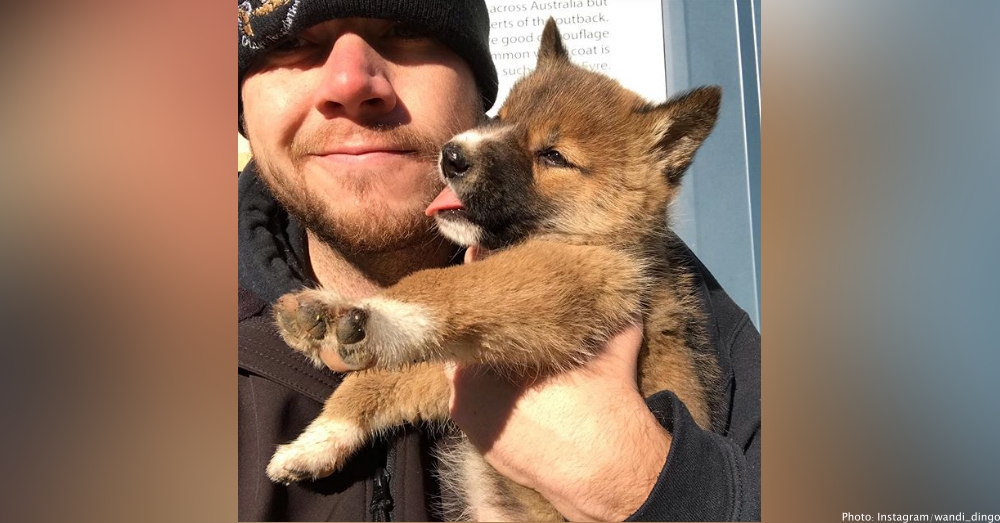 Now Watson was asking if she could place Wandi in her group’s conservation program, which hopes to rehabilitate the country’s native dog populations through breeding. “They’re our apex predator, they’re our lion,” Watson told CNN. “Their job is to keep the kangaroo population down, that was their job before the coming of the Europeans, that was their job for thousands of years.” 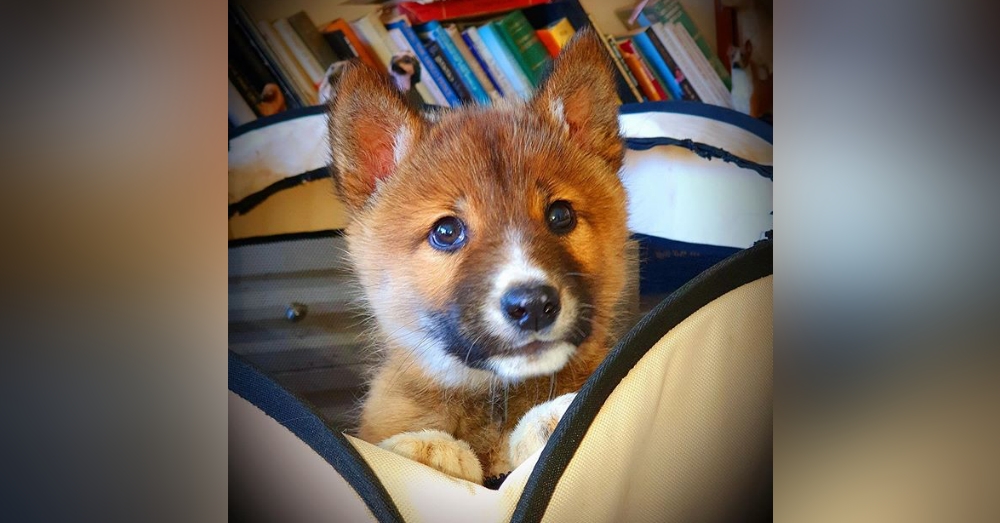 Wandi revealed his “apex” tendencies almost immediately, according to Watson. “(At the beginning) he sank his fangs into everybody,” she laughed, recalling the team’s collective efforts to socialize Wandi by introducing him to other dingo pups.

Weeks later, the team got a second piece of good news. Not only was Wandi displaying much better manners, he was also 100 percent dingo, according to the results of a DNA test. Naturally, conservationists were overjoyed, foreseeing how the pup’s purebred heritage would help them achieve their eco-friendly goals. 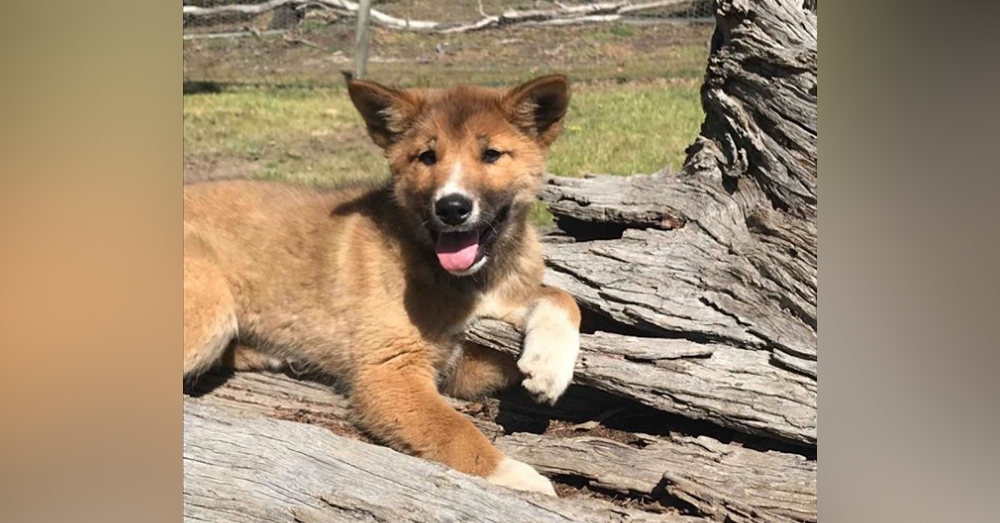 “We’re just keeping the genetic lines going until the day that there’s going to be a safe place where they can be rewilded,” Watson said. Now Wandi, the adorable dingo that dropped out of thin air, will be integral to those efforts!