This Bear Spent 8 Years Of Her Life On A Bile Farm! Thanks To Rescuers She Finally Found Freedom!

In areas of Asia, bear bile is used as an ingredient in more traditional forms of medicine. Unfortunately, this lead to a high number of bears spending their lives in captivity in places that are known as bear bile farms. Miracle was a bear that lived her life in one of these types of farms. And it was a life she detested.

For eight years Miracle lived a caged life and all she wanted was to escape the confines of her cage and be free. She proved her desire by continuously rubbing the top of her head against the bars of her care in an attempt to gain freedom. Her efforts, sadly, failed and in return, large calluses began to form on her head. And while her attempts at freeing herself failed, another’s attempts did not. When Animals Asia became aware of the illegal bear bile farm, they began doing what they could to free these poor creatures from their dreary cages. 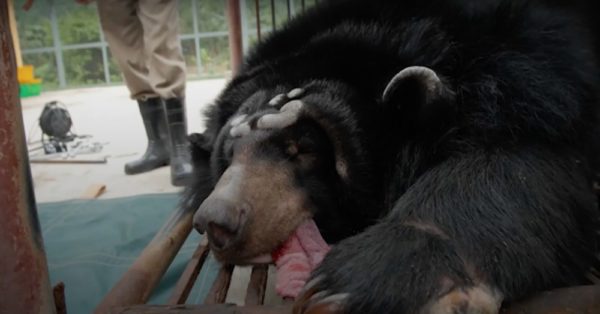 Animals Asia was able to rescue Miracle from the horrors of her previous home and bring her to safety. Miracle was brought to a local bear sanctuary in Tam Dao National Park. Once there, Miracle had surgery to remove her gallbladder that, from years of bile extraction, had been irreparably damaged. Once healed from surgery, Miracle was given the chance to be the bear that she wanted to be. 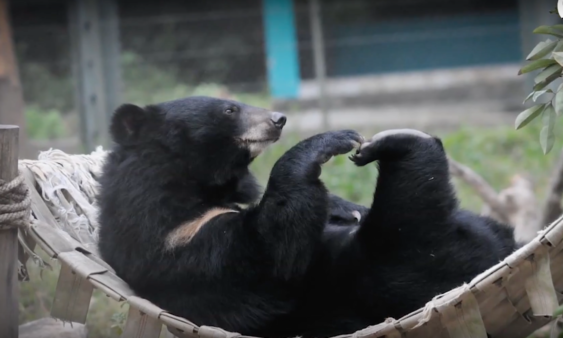 Miracle’s life at the sanctuary was filled with everything that she had been missing during her time at the bear bile farm. She no longer rubbed her head against a tiny cage in an attempt to gain freedom, instead her calluses healed and she was given the freedom that she had always been craving.