Most mothers and share some sort of connection with their offspring. But this rescued cat and her kitten share a powerful bond forged by surviving life on the streets.

At least, this was the experience of Susie H., a Humane Rescue Alliance volunteer who opened her home to a pregnant street cat named Shauna. This malnourished momma cat – who was already in labor by the time rescuers found her – was simply too thin to nurse an entire litter of kittens. Indeed, only one of her kittens survived. 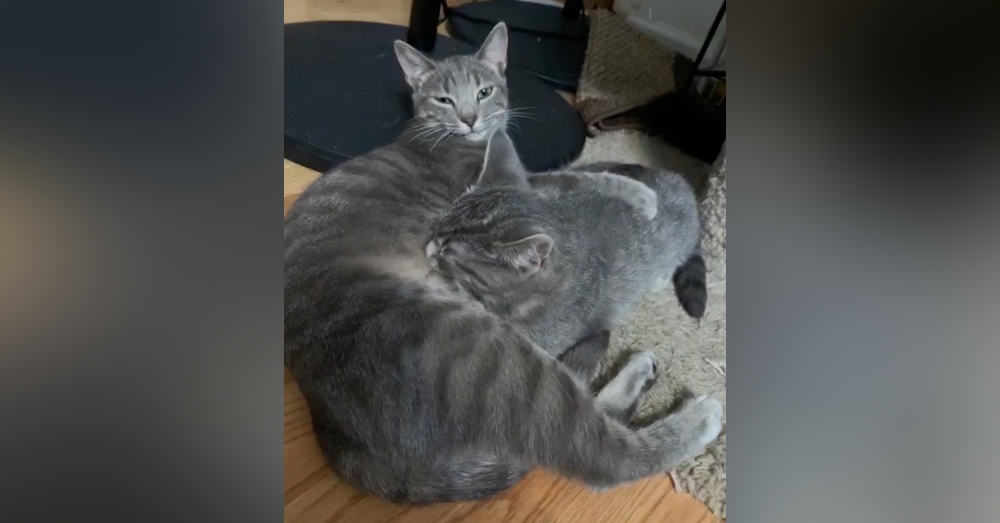 Susie took Shauna and the surviving kitten back to her home in Washington, D.C., where she offered the kitten round-the-clock bottle feedings because Momma Cat was unable to produce milk. But even though Shauna wasn’t healthy enough to feed her little survivor, she showered her offspring with love and attention. The larger cat never left the little one’s side. 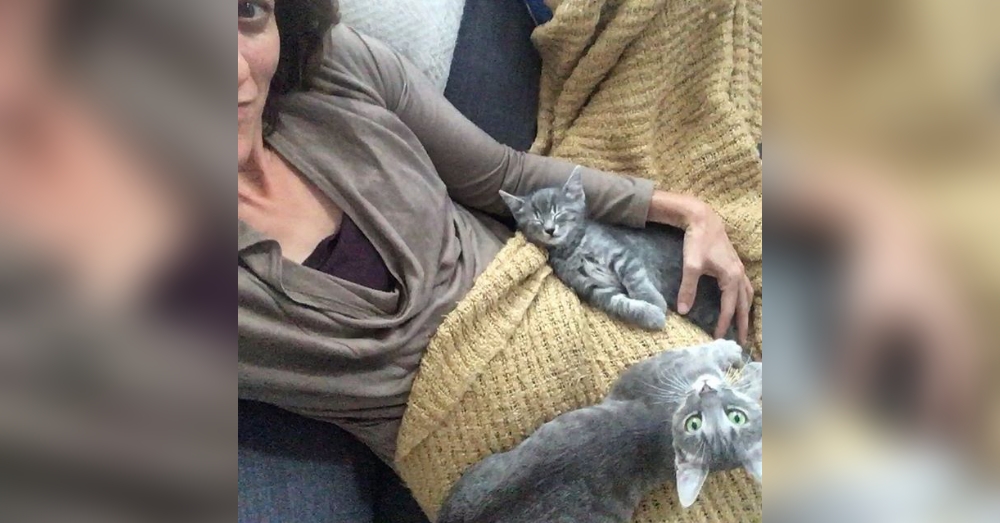 “Together, we were caring for Shane (the kitten) as a team,” Susie told Love Meow. When the mother cat got stronger, she devoted herself to grooming, keeping little Shane clean at all times.

At night, the mother cat would comfort her baby – who adorably looks just like her – with hugs and cuddles and purr until he fell asleep. Whenever the kitten cried out, the mother cat would rush to his side and lovingly lick his face. When Shane started learning to walk, his ever-protective mother ensured the mini-me kitten never strayed too far. 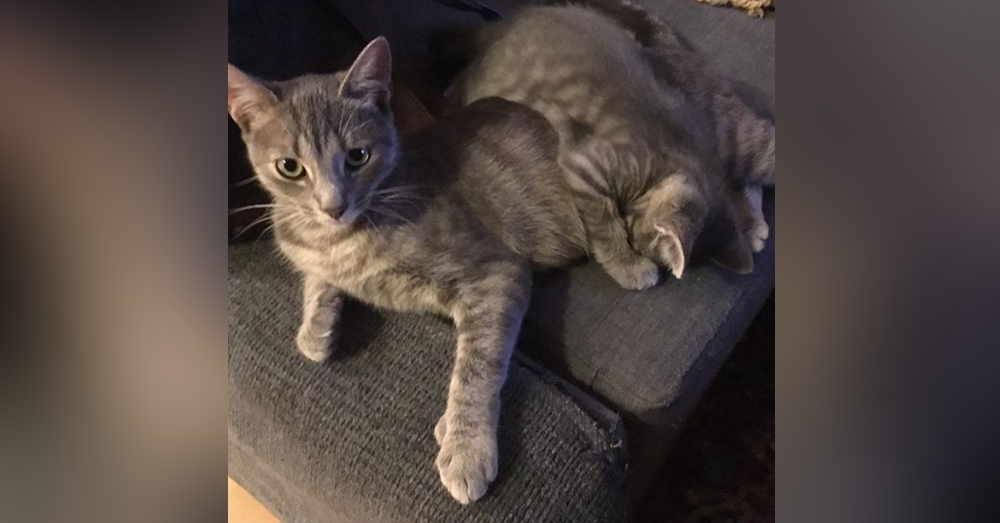 “Mama Shauna is so attentive to her baby,” Susie said. “She lets me take him out to feed him, but she keeps a close eye on us, hovering. As soon as we are done and he lets out a meow, she calls back to him and then takes him out of my hands to bring him back to the nest.”

When Shauna was finally healthy enough to nurse, this equally devoted kitten quickly dismissed all of Susie’s attempts at bottle-feeding. Even when he grew old enough to eat solid foods, this unabashed Momma’s boy still loves nursing with his look-a-like mother. Perhaps he is making up for lost time! 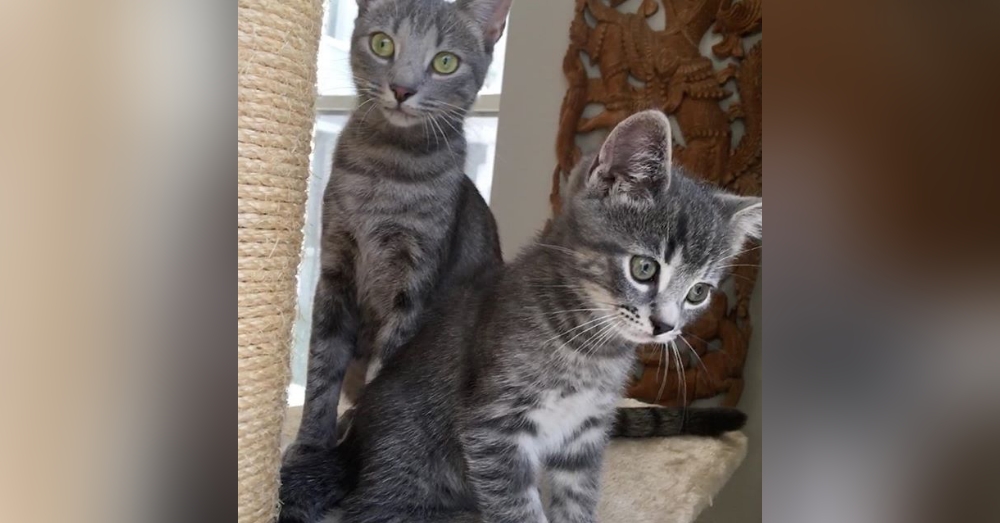 Not surprisingly, this sweet pair’s adorable bond and rags-to-riches story inspires most of the humans they meet. “Not surprisingly, they charmed them,” Susie said of the mother/son duo’s new adoptive family. “They’ve been through so much together, and I’m so glad they’ll get to grow up together in a safe and happy home.”