Holly Knox Brookhouser is a busy mom juggling a house full of kids, pets, and foster animals. But when the Arkansas woman saw the picture of a tiny black kitten desperately seeking a home on Facebook, she still felt called to help.

“I pulled up Facebook really quick and somebody on one of our local pages posted this tiny little black furball,” Heidi told The Dodo, recalling how the kitten had been rescued from a busy intersection in Bentonville, Arkansas. 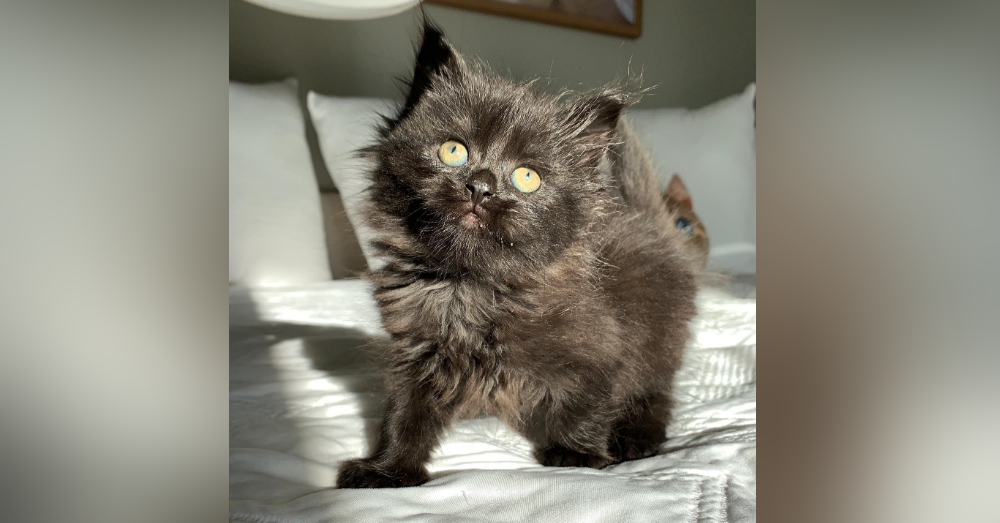 But the kitten’s rescuer couldn’t keep his tiny charge, leading the Arkansas mom to worry for the kitten’s safety. “I know sometimes those don’t end well, so I couldn’t just stand by — I had to swoop in,” Heidi said, recalling how she immediately messaged the rescuer and made an appointment to take the tiny stray.

It also happened to be her adopted son Marcelo’s “anniversary day,” marking two years since the 4-year-old boy had joined their family. The mother-son pair figured fostering a kitten would be an excellent way to celebrate this important family milestone. “I thought it was a sweet little memento to commemorate the day,” said Heidi. “So we just figured we’d save a life.” 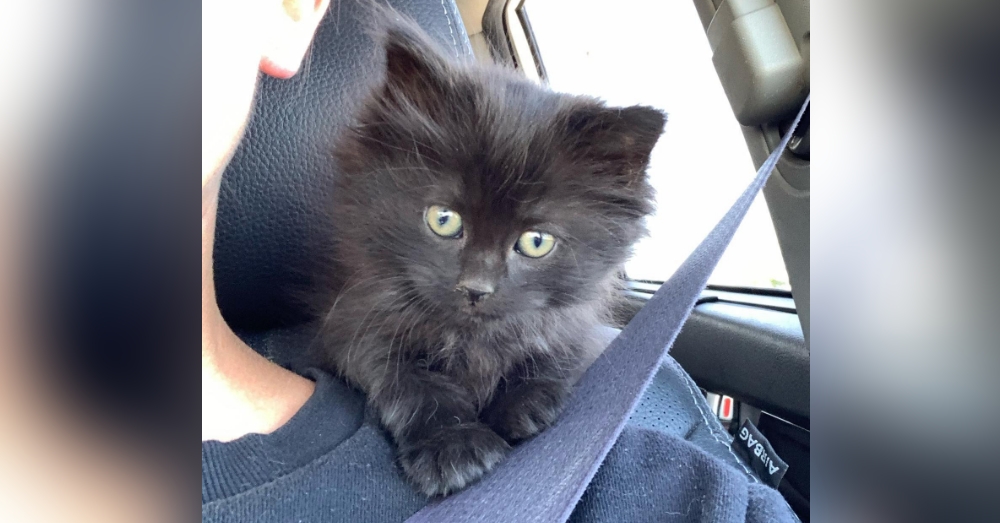 The kitten, whom Marcelo named Appleseed, had already seen significant hardship in her short life, but she instantly relaxed around her new foster family. “I was kind of holding her up high, like on my chest, but she crawled up on my shoulder and just sniffed me a bit and laid down right there and fell asleep,” said Heidi, recalling how the kitten slept soundly on her shoulder during the car ride home. 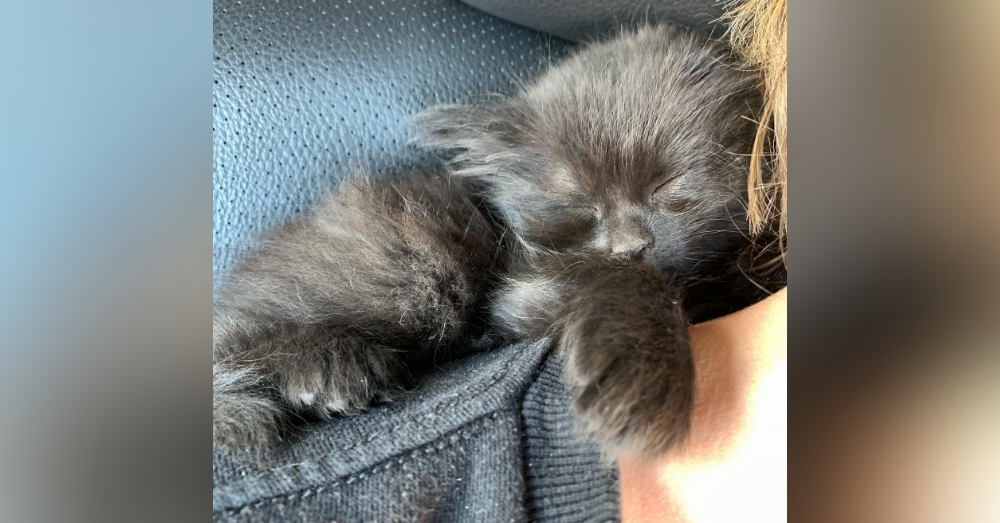 Appleseed needed a few days to rehydrate, quarantine, and be treated for fleas back at the house, but it wasn’t long before the tiny rescue transformed into a playful, bold, and affectionate kitten who loved ordering her bigger foster siblings around. “She’s the boss now,” Heidi said. “She is like dynamite in this tiny little furry package.”

Meanwhile, this adorable rescue has already found her own family! According to Heidi’s Facebook page, PawsofOz, Appleseed has been pre-adopted. Heidi will miss her tiny charge, but she’s also thrilled to have played a role in the kitten’s rescue journey. “I think people are secretly hoping I foster fail, but that’s not what I do,” Heidi said. “She’s too adoptable.”