Las Vegas is known for many things like casinos, stunning hotels, unique attractions and sweltering heat. Located in the middle of a desert, the temperatures climb well over 100 degrees in the summer. The last thing you expect to find in the middle of a bustling street is a frail kitten crying for help.

Animal rescuer, Theresa, was working on a TNR (Trap-Neuter-Release) project when she heard cries coming from the middle of the street. She quickly scooped the tiny gray kitten off the hot pavement. Theresa immediately contacted Nikki Martinez, a Las Vegas based animal rescuer, whom she knew would help the little fella. 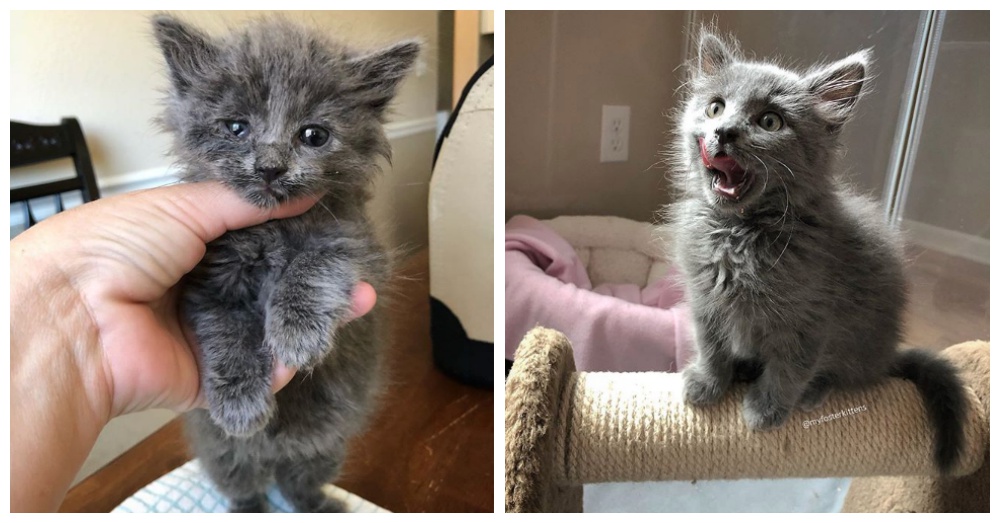 “He was all alone screaming in the scorching hot sun,” Nikki told Love Meow. “Everyone I know was full but I could take him. What’s one more.”

The little kitten was skin and bones and was suffering from an eye infection. The day he was rescued it was 105 degrees. His new foster mom named him Bert. After receiving treatment for his infection and a healthy meal, Bert perked up. A few days later he was acting like a typical kitten, running all over the house. He was hooked on cuddling after softly nuzzling up to his foster mom. 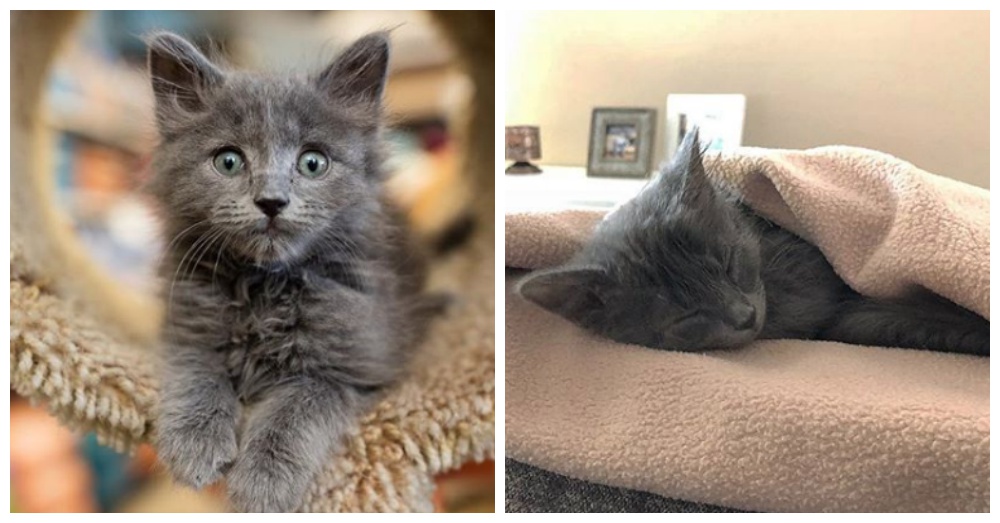 “Throughout the day I saw a grey fuzzy blur zoom by me. Bert has the most incredible energy and he is in zoomie-mode 24/7.”

When he wasn’t seeking attention from his foster parent, he went to his foster sister for some cuddles. However, she was not as keen on cuddling. After a long day of playing, he snuggles up to his foster mom and falls into a deep sleep.”No kitty is meant for life on the street, but especially him. He’s a sweet boy,” states Martinez. 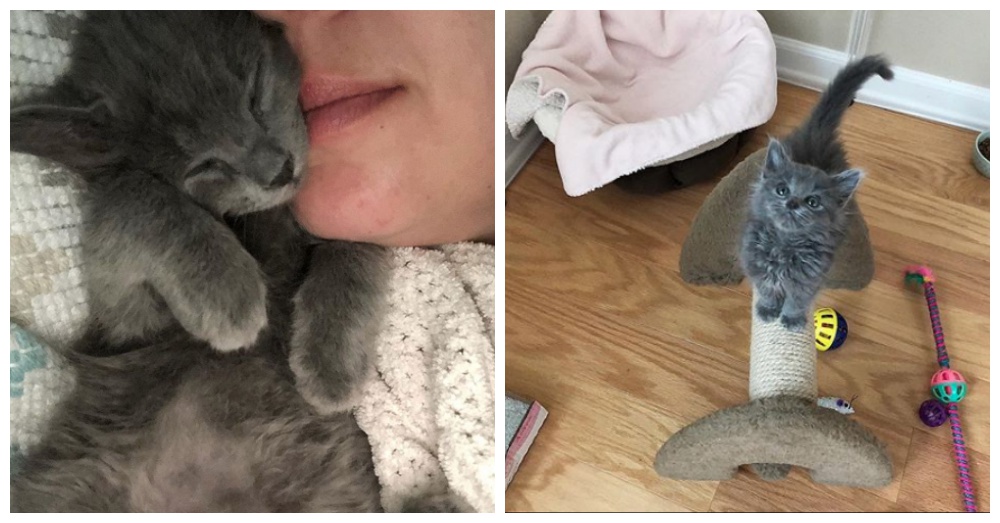 The adorable kitten has grown so much in the two months he spent in his foster home. ” People ask me all the time if we are going to adopt our fosters. We aren’t in a position to adopt another pet but let me tell you, he would have been the one.” Although it was extremely difficult, Bert went to live with his new family in Arizona. “I’ll miss you precious boy. It’s been an absolute pleasure being your foster mom.”

California Shelter Developed A Garden To Save Feral Cats: Click “Next” below!