Break-ups are never easy, but one Pennsylvania couple’s split was particularly painful for Halo, a 6-year-old pit bull surrendered to an animal shelter after her owners parted ways. Fortunately, one kindly officer noticed the dog’s mug shot on Facebook, where she insisted on smiling although her age and breed had deterred potential adopters for almost a year.

“She had a snaggletooth and an underbite, and I said, ‘That’s the girl for us!‘” recalled Upland Borough Police Lt. Mickey Curran, according to The Pennsylvania Inquirer. 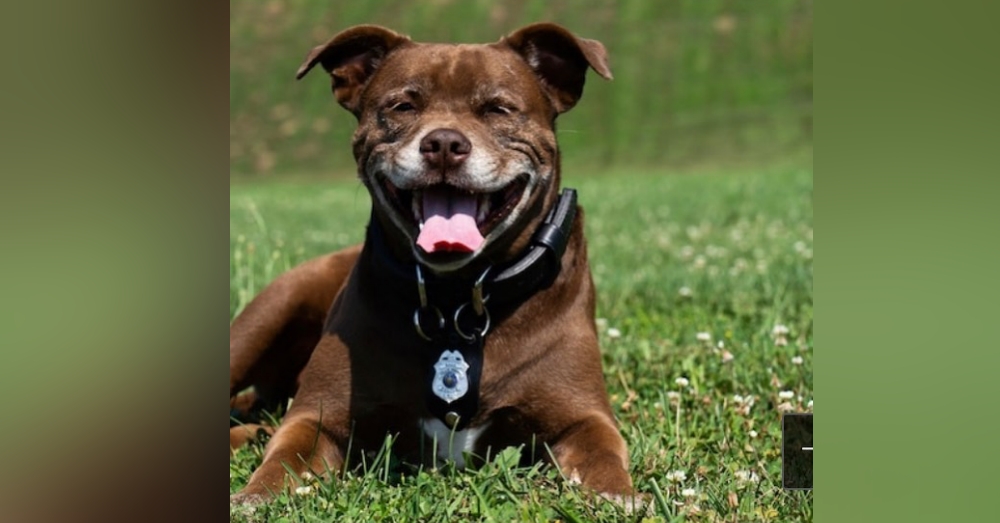 Officer Curran reached out to Rags 2 Riches Animal Rescue, the non-profit rescue in charge of Halo’s adoption, to see if his department could adopt the cheerful pup. “I said ‘I know this is unorthodox but would you be OK with a police department rescuing a dog and with the dog living at the station?‘” he recalled asking.

The shelter’s director, Tish Mayo, had never heard of a police station adopting a dog, but she nevertheless agreed to Curran’s proposal. “I thought it was wonderful,” said Mayo. “I think dogs belong everywhere.” (Nor had Curran, as it turns out, ever heard of this happening, but he proposed the idea because it seemed like a win-win for everybody involved.) 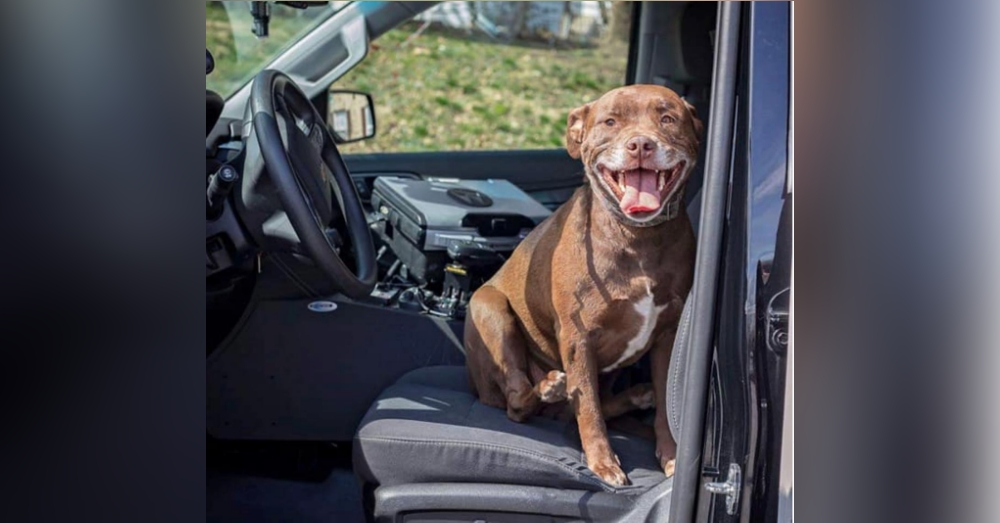 “I’d never heard of a station dog but I know we’re here 24/7 and there’s a lot of dogs that don’t have homes,” Officer Curran said. “I thought it’d be good for morale, especially when you come back from a tough situation, like a domestic violence case or a car crash, she’s there to greet you with her tail wagging. It makes the day a little easier.”

K-9 Halo officially joined the department in 2019, signing her paw onto an affidavit presented during an adorable swearing-in ceremony that was briefly interrupted by the dog’s insistence on getting some belly rubs. 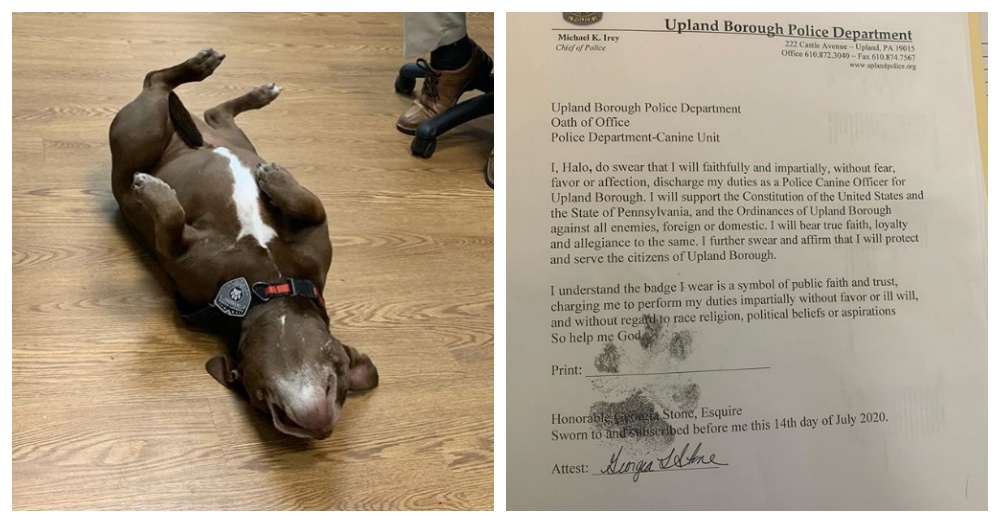 But K-9 Halo, who was jointly adopted by officers and lives at the station full-time, isn’t your typical police K-9, going on ride-alongs, chasing bad guys, and sniffing out drugs. Her primary duty is to welcome visitors and boost office moral, which is going so well that some residents even drop by the station to say hello. Officers don’t even have to spend their own money to buy dog food, because Halo receives so many treats, toys, and monetary donations from grateful town residents.

“She’s legit,” said Curran of the department’s (and the whole county’s) first rescued K-9, who even wears her own badge. “She took an oath and put her paw on the Bible and all.” 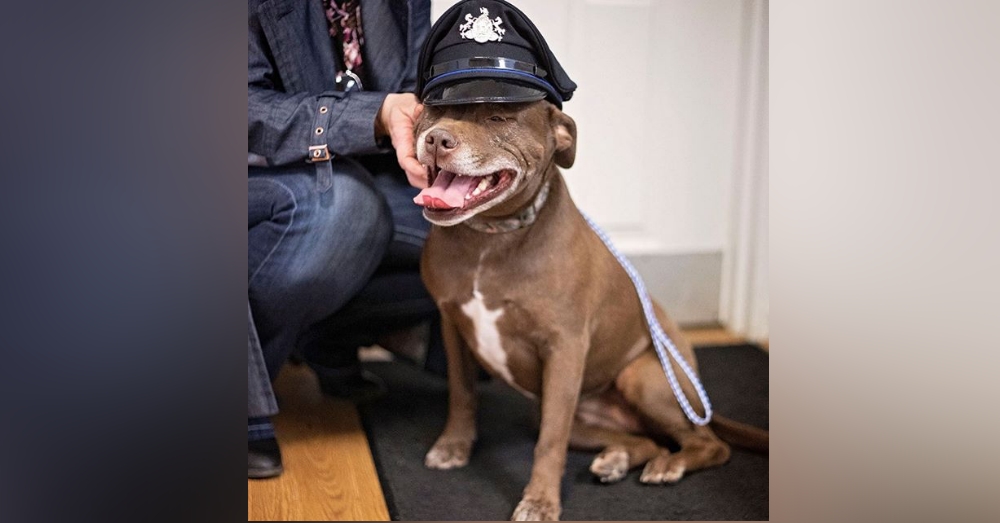 But one of the biggest surprises about having K-9 Halo on board is how this very good girl has helped endear human officers to the rest of the town. “We got her to bring the officers closer together and to assist them when they return from horrific calls … but what it turned out to be is the community getting her involved and her becoming a spokesperson for the department,” said Curran, who hopes other departments will embrace the rescue dog trend. “That was not what we expected.”