He May Have Lost His Ability To Walk, But His Personality Screams ‘The Little Goat That Could’

Baine, a Nigerian dwarf goat, could not move his back legs and could barely move his front two. He was born with a congenital condition that would never allow him to walk or stand. His owner felt like he wouldn’t be able to give Baine the specialized care he needed, so they called up Wisconsin’s Heartland Farm Sanctuary. 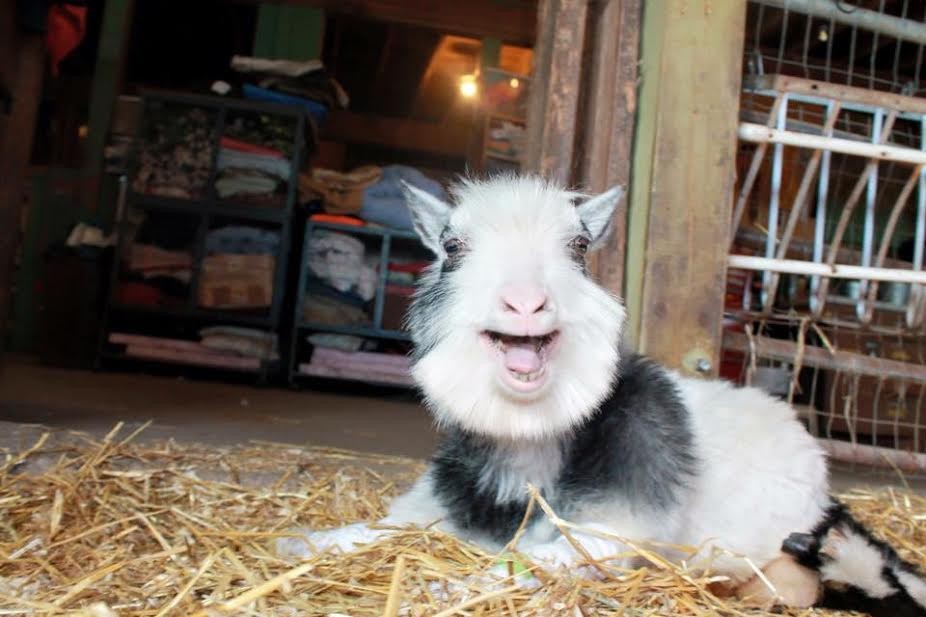 They agreed to take him and give him the care he needed. The sanctuary became his permanent home in October 2014, when he was just two years old. 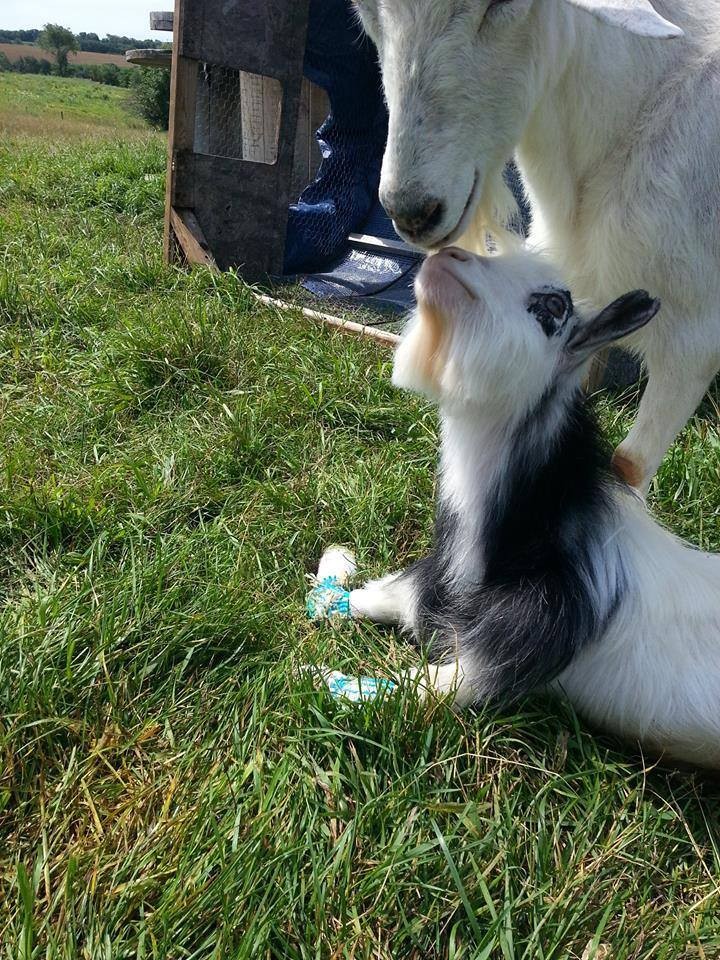 Although he couldn’t walk, Baine never lost his determination. He pushed himself forward using the ankles of his front feet, but this led to him getting pressure sores. The sanctuary bandaged his ankles and medicated his sores as needed. 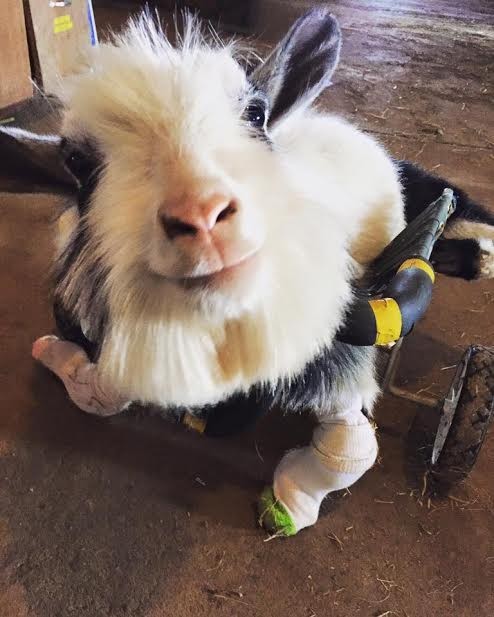 They knew they couldn’t let Baine continue to live this way, so they worked with the University of Wisconsin – Madison’s engineering department to build him a wheelchair. The latest model arrived in May 2015. 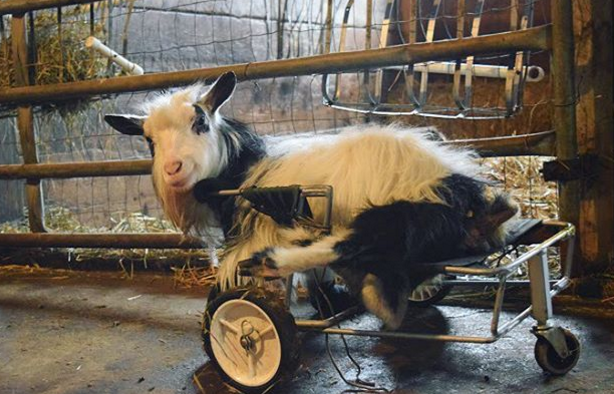 It didn’t take Baine long to figure out the wheelchair. In no time, he was cruising around and has been ever since. But rolling around in his cart isn’t the only thing he loves.
His daily grooming sessions put a big smile on his goat face. They bathe him twice a day to keep him happy and clean. He enjoys these spa treatments and usually falls asleep while getting his hair blow-dried. 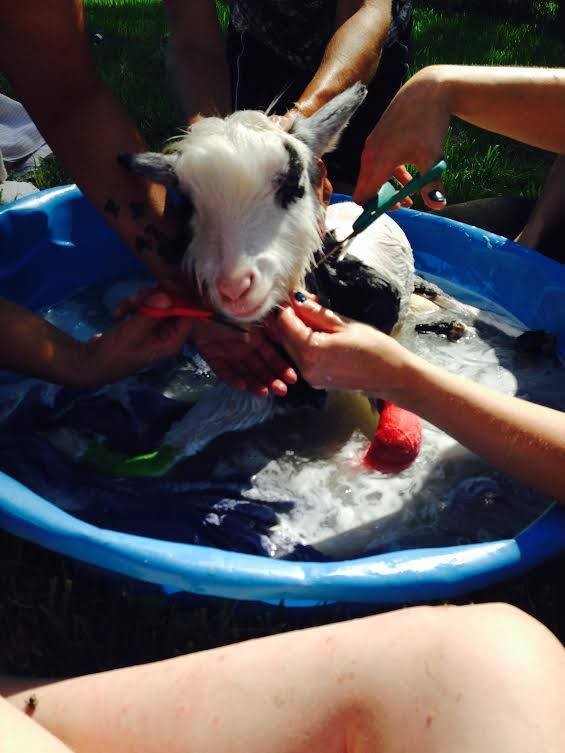 When he isn’t strolling around in his wheelchair or getting spa treatments, he’s enjoying his time with his friends, Blosson the sheep and Tyrion the goat. 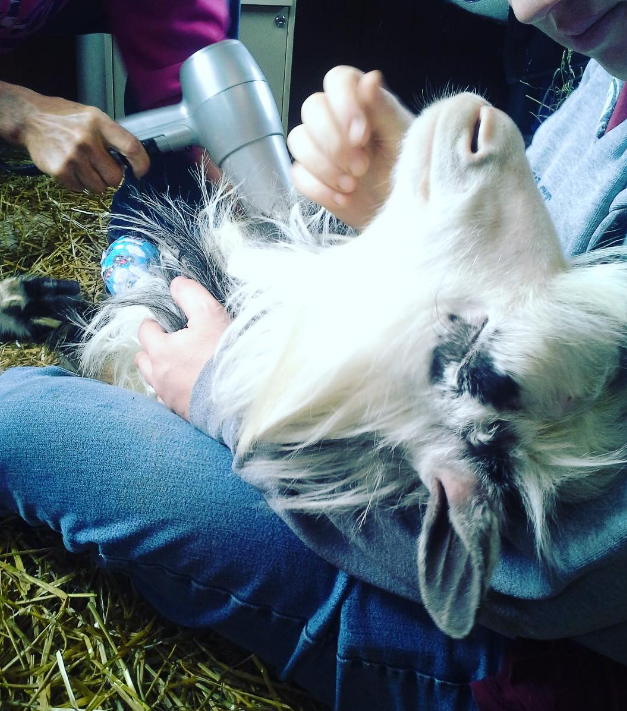 “Baine is an incredibly special guy,” Jamie Monroe, administrative director at the sanctuary, told The Dodo. “Despite his significant physical challenges, he’s always smiling and has such a confident, happy-go-lucky personality. He is an inspiration to the many kids and adults who visit our barn – many who are facing challenges themselves, physical or otherwise.” 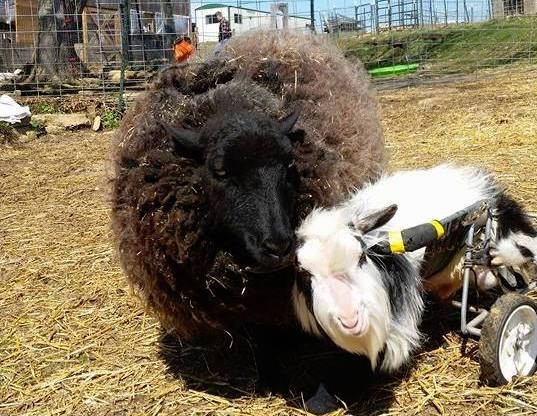