What Flowers? Bride Has Wedding Party Walk Rescued Dogs Down The Aisle Instead

When dog lovers Scarlett and Adam Preston decided to get married, they knew rescued pups had to be part of celebration. So in lieu of flowers, the Texas couple decided to have the wedding party walk adoptable dogs down the aisle instead.

“I’ve seen people do that on Facebook and we’re just really big animal lovers,” the bride told The Weatherford Democrat. “It’s just kind of our own spin on things and we wanted to do something important to us.” 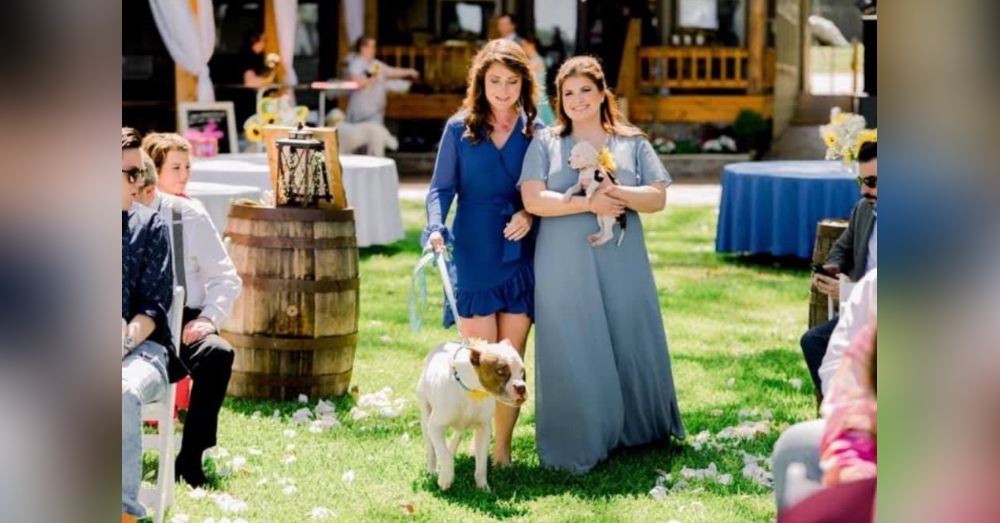 The couple partnered with a local rescue organization, Saving Hope Animal Rescue, to recruit an assortment of shelter pups for the big day.

“It was super exciting and seeing it come to light was even cooler,” said shelter administrator McKenzie Smith, who had been contacted before by a couple interested in including rescued dogs in their wedding, only for those plans to fall through. 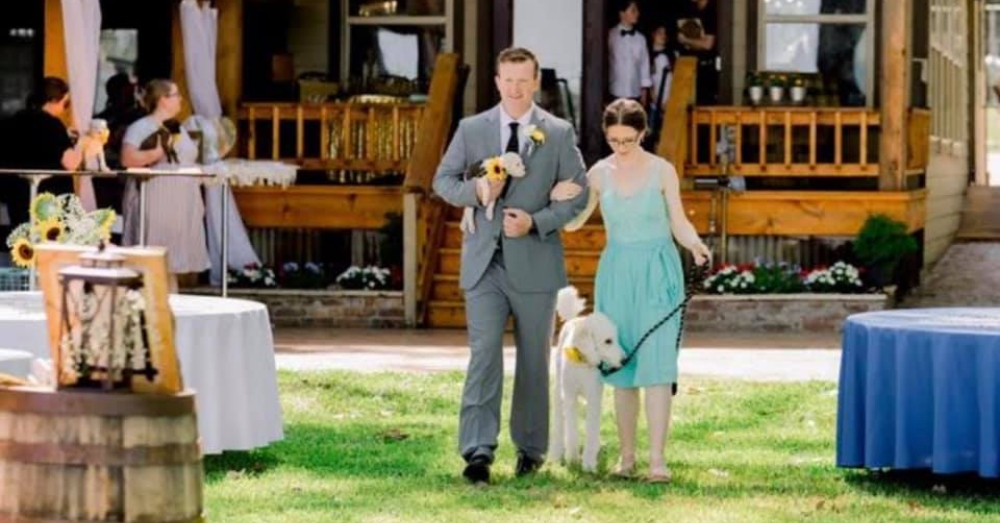 “We took seven of these little Boxer puppies and they had so much fun,” said Smith, who also arranged for five larger dogs to walk down the aisle on their leads. “We have had somebody reach out to do a wedding before, but it didn’t come to fruition. So this is the first time that we’ve actually done a wedding and it was so fun and so cute.” 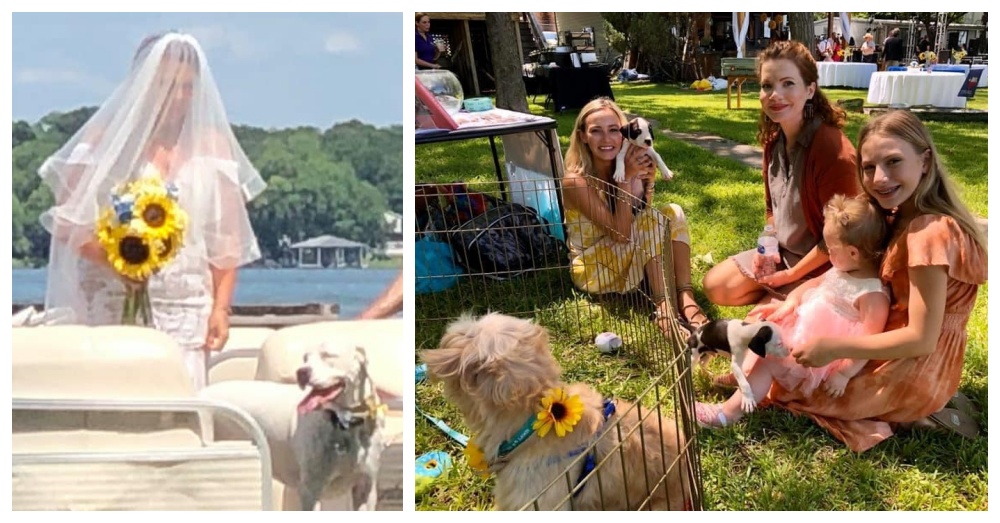 The bride also made little sunflower collars for the puppies, who were carried down the aisle by members of the wedding party. The end result? These very good boys and girls made a big impression, exactly as Scarlett and Adam had intended. “We did have some interest,” said Smith, “so some might be going home next week.”

I’m so proud that Saving Hope Rescue will be at our wedding. Someone asked me, “what’s your flower budget?” Excuse…

Meanwhile, the bride was eternally grateful to rescuers for helping her plan the wedding of her dreams. Having dogs at her wedding felt especially important because her own dog, a beloved Boston terrier she’d thought of as a child, had recently passed away.

“I just always thought that he would be in my wedding and he’s not here,” Scarlett said. “I couldn’t imagine not having dogs at my wedding, and my dog not being able to be there, this is kind of honoring his name.”