Like most shelter animals, Missy, a 3-year-old cat living in London, has a heartbreaking rescue story. The tortoiseshell cat wound up at the Battersea Dogs and Cats Home in London after her owners suddenly found themselves unable to care for her.

And then — as if suddenly losing your family isn’t bad enough — little Missy received even more bad news shortly after arriving at the shelter. Rescuers noticed that their new arrival was constantly constantly shaking her head, so they took her to see a veterinarian. There doctors discovered the poor girl’s ears were filled with polyps growths and badly infected. 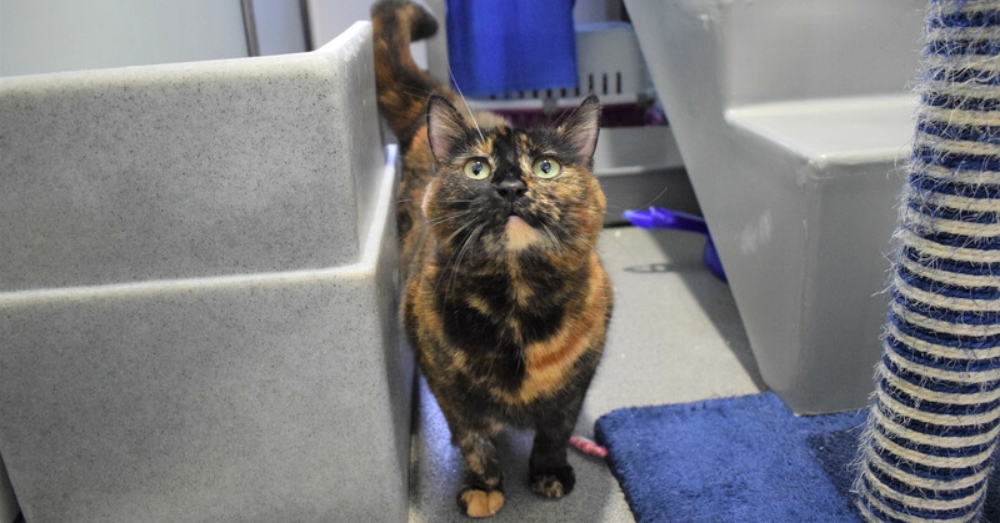 The infection was so bad that Missy would require surgery on her ear canals, which seemed especially unfair considering everything else she had been through. Veterinarians were also forced to remove the damaged parts of the cat’s outer ears but, fortunately, her hearing wasn’t affected.

“Beautiful Missy is truly one of a kind,” said Battersea’s cattery manager, Michelle Henry-Clement. “Although she may appear ‘earless’, she can still hear perfectly well and quickly became a much happier cat following her treatment.” 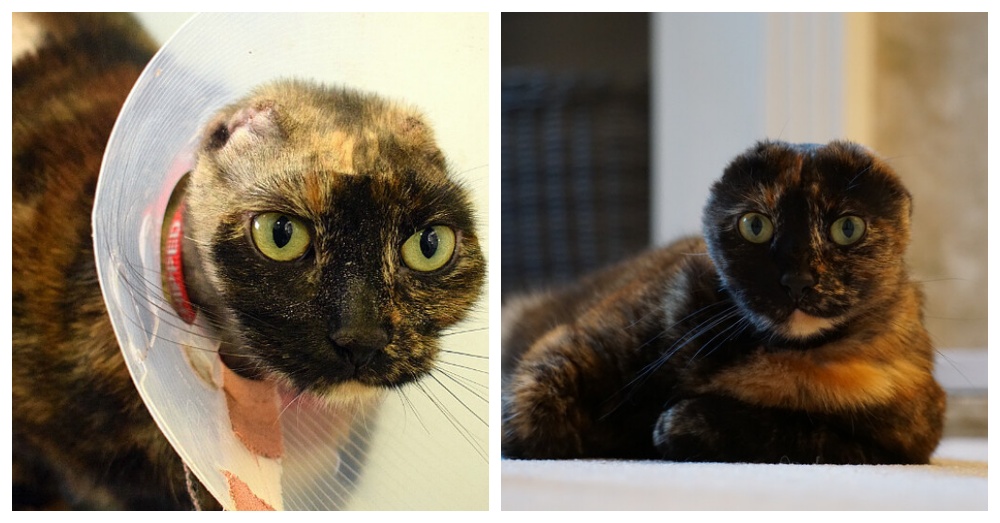 Nor did Missy’s unique look affect her ability to find a forever family, because her new parents could instantly tell this sweet girl was truly a keeper. Unfortunately, Missy’s adoption was slightly delayed by COVID-19, which essentially shut down London and other major cities, but this long-suffering gal has moved into her new home now that lockdown measures have relaxed. 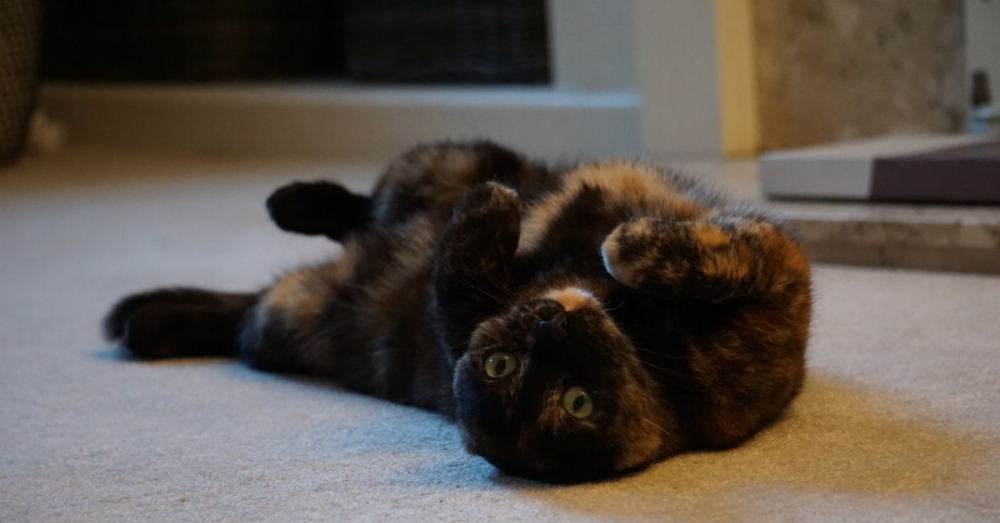 “We’ve thoroughly enjoyed getting to know this sweet girl during her time with us, when we haven’t been cuddling or playing together with her favourite string toys, she’s kept us entertained with her funny, seal-like belly flops,” said Henry-Clement. “We were sad to say goodbye to our unique cat but very excited for her to start the next chapter of her life.”

Congratulations, Missy! All the best in your new forever family!