“Mouse came to us frightened and traumatized after being dumped at (the city shelter) and separated from his housemates,” Nikki, the founder of Fuzzy Butt Rescue, told Love Meow. “He was the only one to be left by other rescues because of his behavior rating. He cried non-stop looking for one of his friends.” 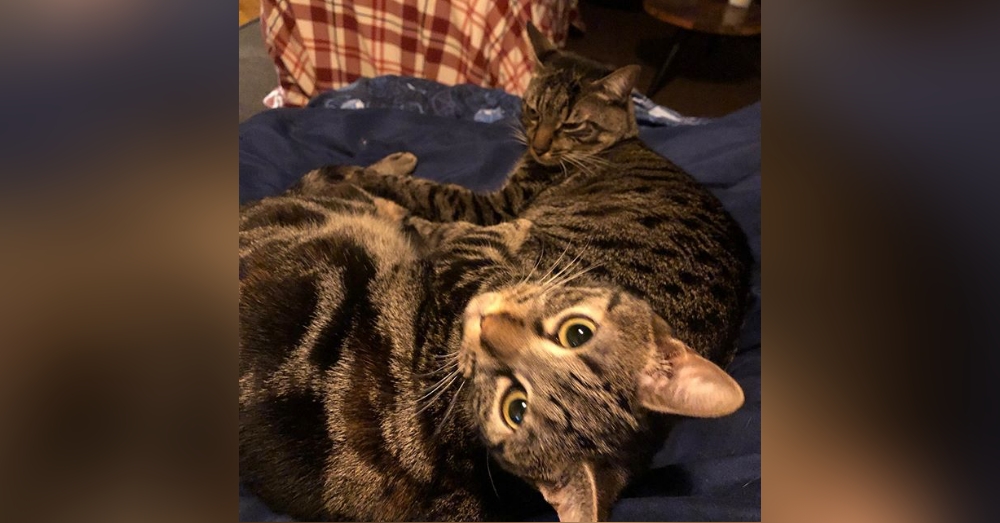 At first, rescuers weren’t quite sure how to help. The 7-month-old kitten always seemed to be crying out for attention, especially when he was left alone. But he was also painfully shy and afraid of his own shadow, which is why rescuers had nicknamed him Mouse.

As rescuers debated their options, Fuzzy Butt Rescue came across an orphaned kitten in need of a foster. Volunteers were quickly endeared by this outgoing kitten’s playful demeanor. They also realized the baby tabby, named Sazón, might be just the cat to help Mouse get his mojo back. 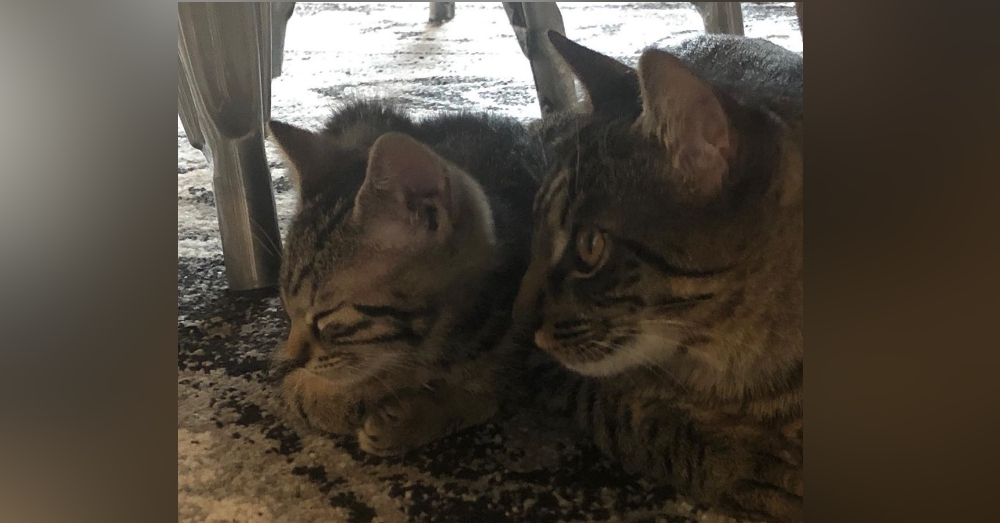 Sure enough, meeting Sazón seemed to instantly reduce Mouse’s anxiety. Rather than crying out for attention, the larger cat instead focused his energies on the kitten, whom he quickly started grooming, cuddling, and following around the house.

“He was so happy to have a foster buddy,” Nikki remembered. “It was love at first sight for sweet Mouse who was so desperate for a friend.”

Today, Mouse and Sazón aren’t just BBFs, they’re basically family. Though she’s almost as large as her “big brother,” the younger cat looks up to Mouse for approval. Meanwhile, the previously shy, needy cat has blossomed into confident cat who protectively watches over his “little” sister. 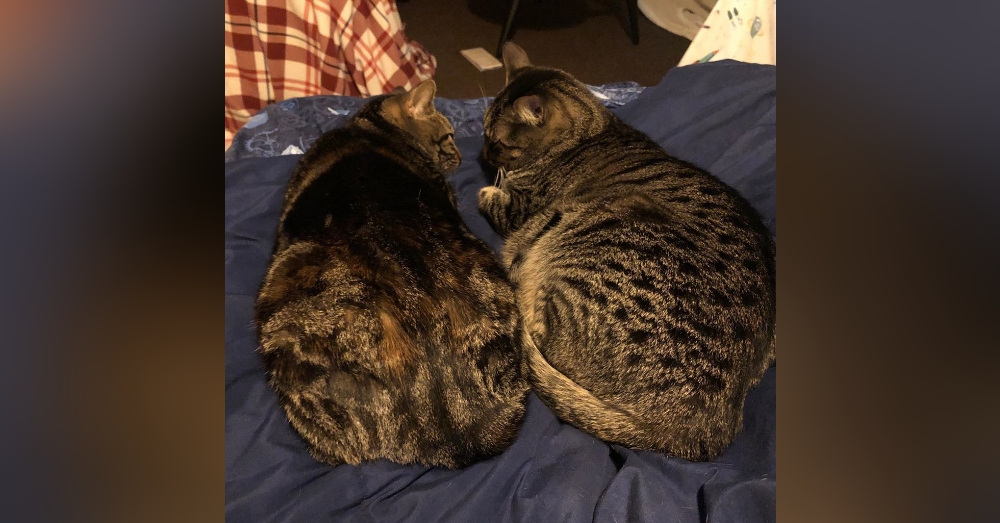 “They entered their foster home through different situations and bonded almost immediately,” Nikki said of the cats’ strong friendship, which has left rescuers determined to find Mouse and Sazón a forever home together.

“We will not separate them,” she said. “They’ve been waiting for a while for their home to come along. They’re so silly and loving and deserve the happiest of endings.”

Find out more about Mouse and Sazón in the video below!