This Bear Spent Years Of Torture In A Tiny Cage. Here’s Tuffy Experiencing A Pool For The First Time… WATCH!

Tuffy the bear, along with six others, were rescued from a bile farm in Vietnam this past September, where he spent years of torture in a tiny cage. In Vietnam, bear bile is used in traditional medicine, and this was Tuffy’s sole purpose. 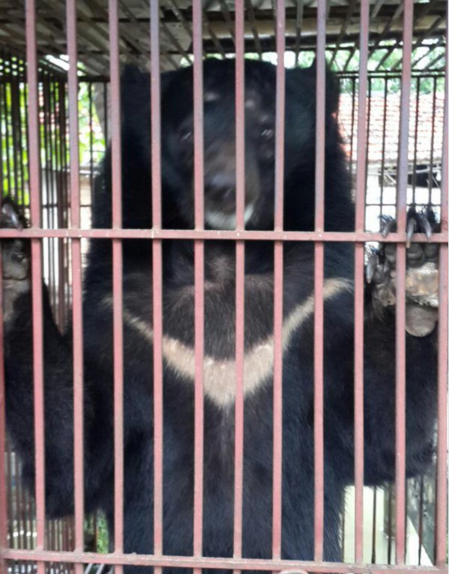 For years, they had extracted his bile, which really took a toll on his body. His gall bladder was so damaged that it had to be removed. They also found numerous gallstones, which had been causing him pain for quite some time. Aside from the gall bladder, he also had three fractured teeth removed. His paws were cracked, dry, and very painful. They got this way from only being able to walk on bars, not grass. Dehydration was also part of the cause. 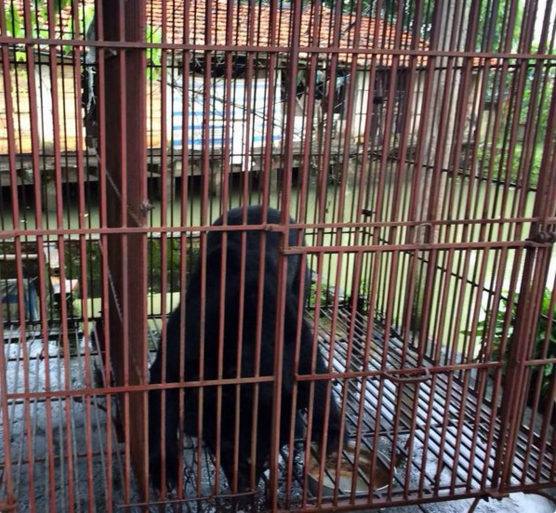 After being rescued by Animals Asia, they brought him to their Vietnam Sanctuary. As soon as they arrived, they let Tuffy have some fun in the pool. They were unsure of how he would react since he had never experienced the outdoors in a positive way. But he absolutely loved it! He splashed around and had a blast in the water. In fact, he loved being outside so much that he chose to sleep out there rather than return to his den. 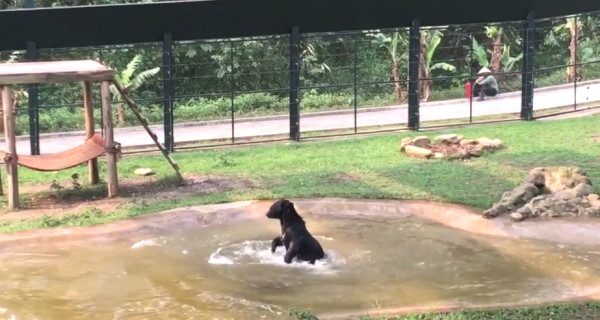 According to Animals Asia, there are still 1,200 bears in Vietnam’s bile farms and over 10,000 more in China. This rescue group has worked together to save around 600 bears and still cares for nearly 400!

Watch Tuffy splash around in freedom below: