In The Hands Of Poachers, This Bear Cub Had A Rough Start To Life. Now, He Hugs The Man Who Saved His Life!

When Elvis was just eight weeks old, poachers pierced his nose with a needle, smashed his teeth, and wanted him to dance. The poachers, who likely killed his mother, wanted to sell him to a circus. Thankfully, a rescue team from Wildlife SOS arrived at their camp in India. The poachers fled and left poor Elvis tied to a tree. 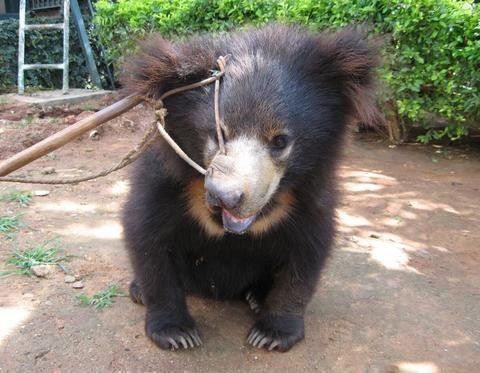 The rescue team brought Elvis to Agra Bear Rescue Facility, and now over a year later, he’s doing great! He receives unconditional love and care and really enjoys playing with his toys. His favorite is a giant ball on a pole that is filled with date and nuts! 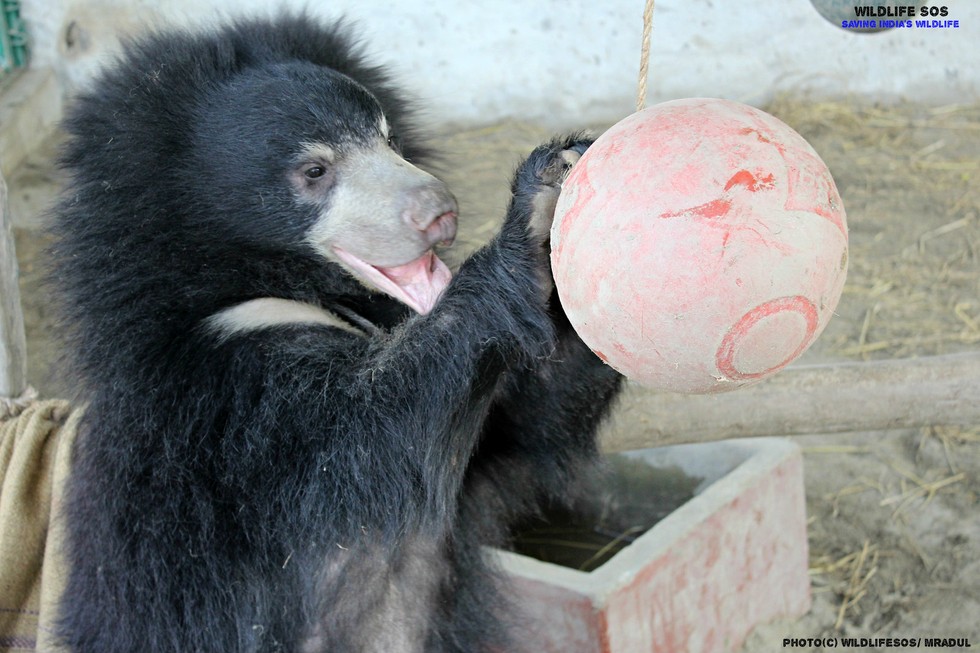 He loves getting attention and absolutely loves people. Whenever the keepers or veterinarians come to see him, he runs around with joy. He has also formed an unbreakable bond with his keeper. He gives him hugs and loves being with him so much! 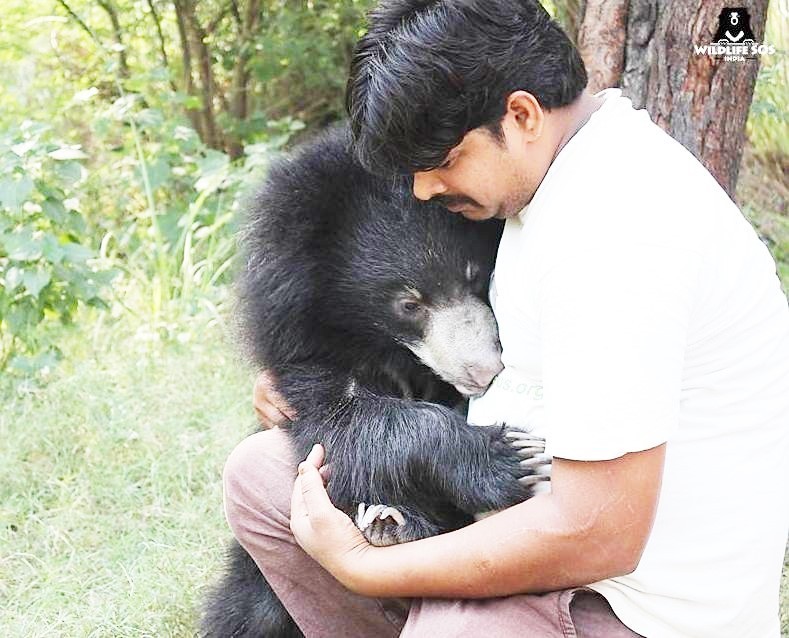 When Elvis first arrived at the rescue center, he was very timid and shy, but has since broken out of his shell. When someone approaches his enclosure, he sniffs them out with his nose to familiarize himself with them, just like a dog would. 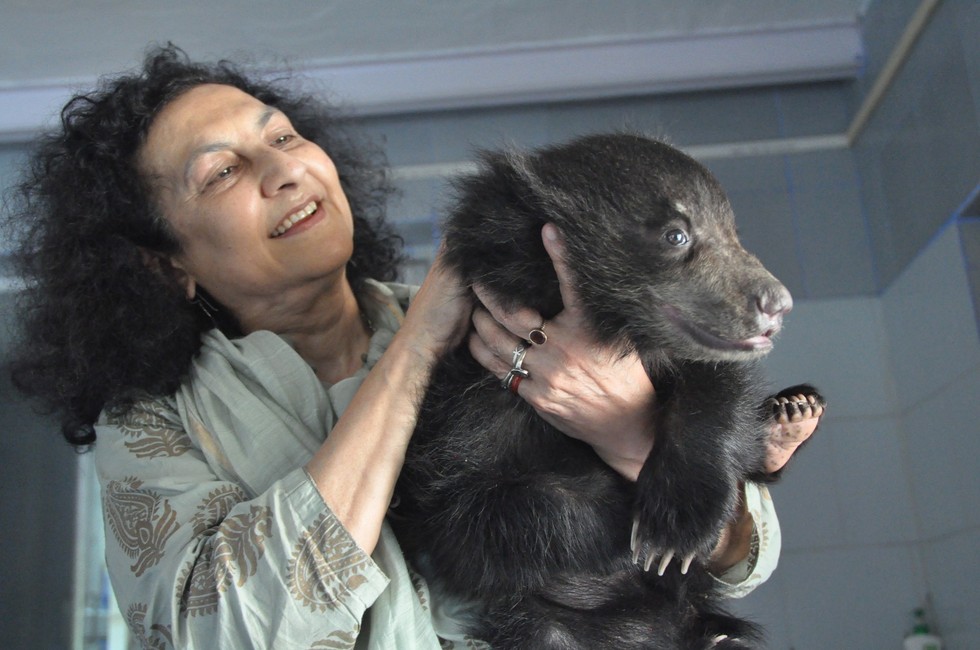 Every year, many baby bears all over the world are sold into the exotic wildlife trade. Many are orphaned after poachers kill their mothers. Then they either wind up with irresponsible owners, are butchered for their body parts, used as performing animals, or are stuck in bile farms. If you want to help rescue other animals like Elvis, you can make a donation to Wildlife SOS by clicking here. 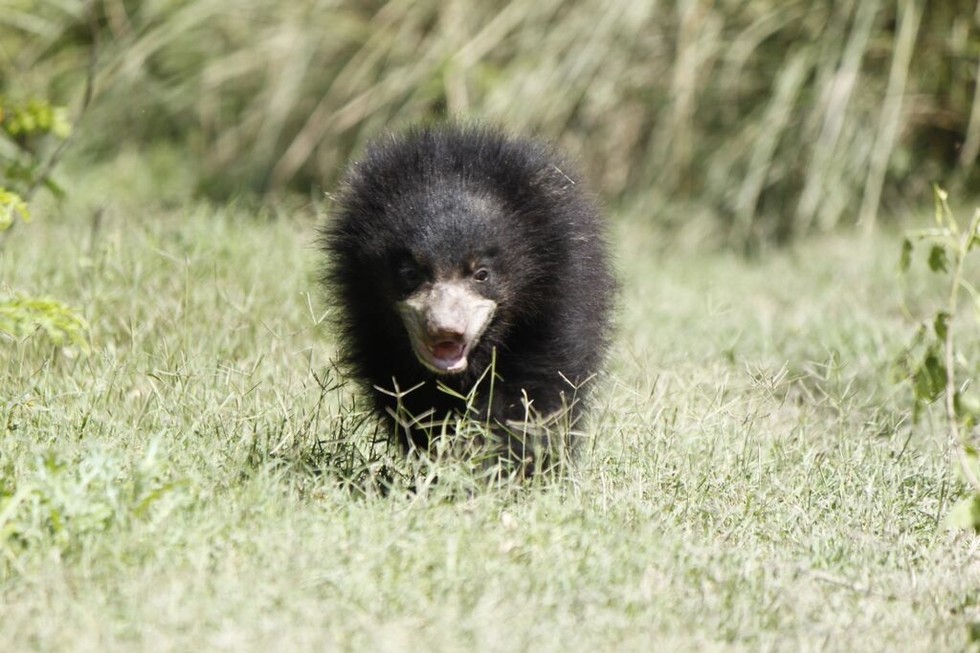