Princess Abigail is about to become a star after having been featured in Disney+’s newest episode of It’s a Dog’s Life.” The show’s episodes each feature two working dogs, plus a “hometown hero.” And it so happens to be that Abigail is the hometown hero to be featured in her episode.

As her owner, Megan Steinke, revealed to the NBC news affiliate, WPTV, Abigail will be the latest Disney Princess. Abigail’s life wasn’t always as wonderful as it is now. Back in 2016, the pooch was living on borrowed time when she was thankfully rescued by the Florida nonprofit Love is Fur Ever Dog Rescue. When she was rescued, it was suspected that she’d been used as a bait dog within a Miami dog-fighting ring. When she was rescued, Abigail was missing an ear, plus she’d had the entire side of her head ripped up. 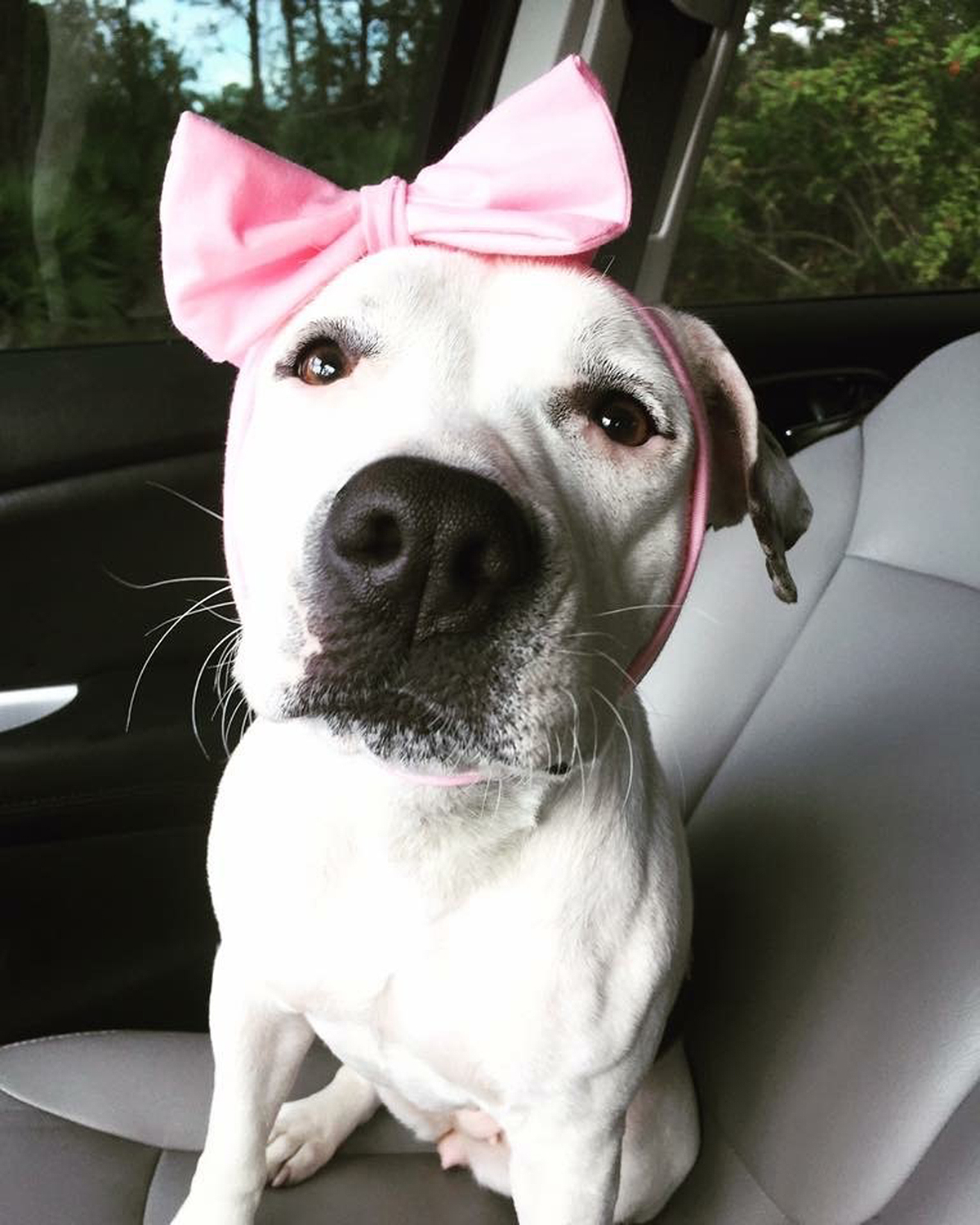 At the time, the Founder of Love is Fur Ever, Victoria Frazier, revealed that the dog would be facing a very long recovery ahead of her. But Abigail proved to be a fighter, and she pulled through and recovered. The year after her rescue, she was finally adopted by Megan, her husband, Jason, and their dog, Tala.

Abigail got her second chance with her forever family, and as a result, she began her career as a therapy dog, alongside Tala. Together, they would visit with veterans, first responders, children, and the elderly. The two dogs were frequently visiting assisted living facilities for elderly patients or people with memory issues, cancer centers, schools, Red Cross shelters, police departments, fire departments, and many more locations. 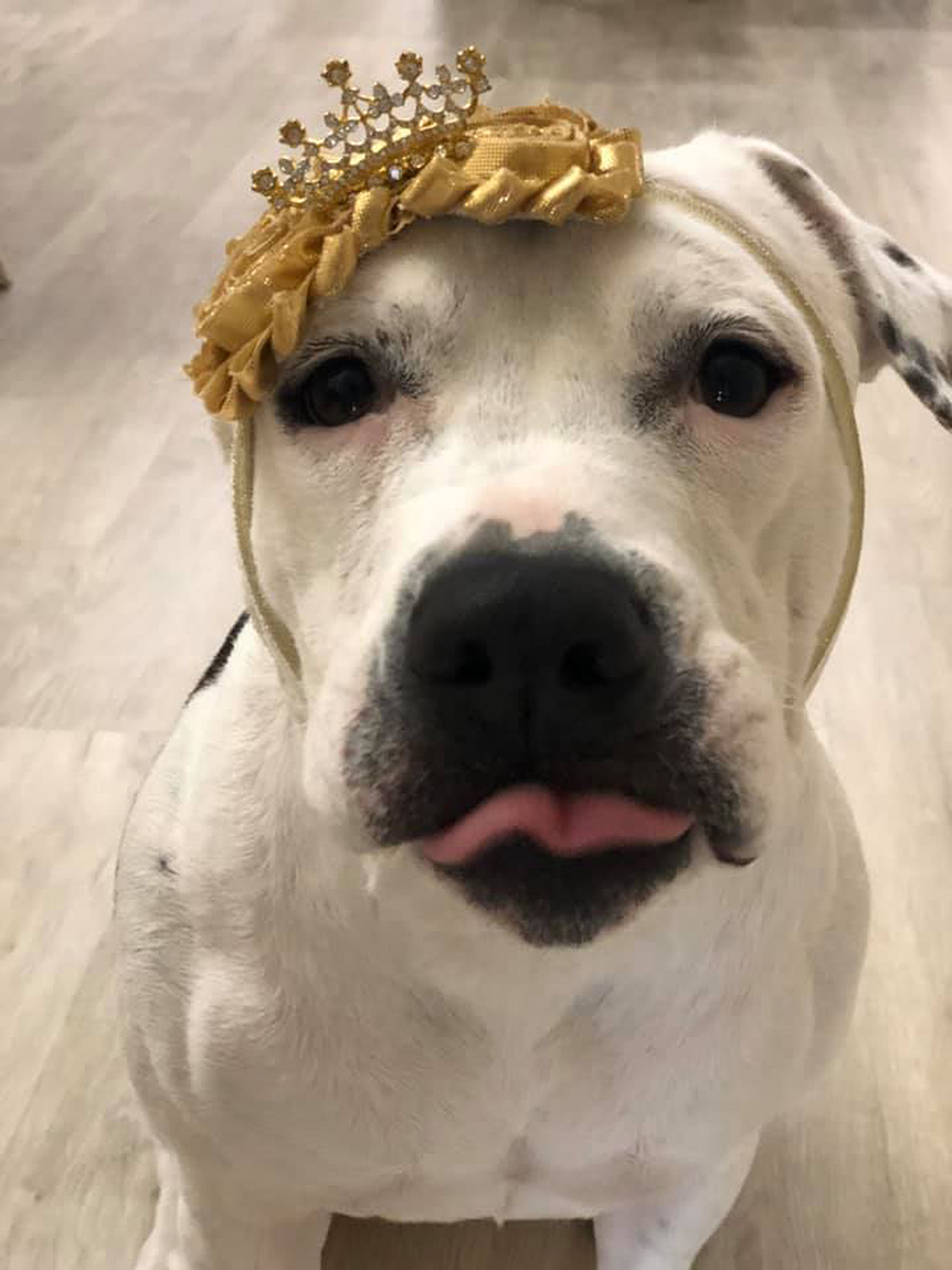 Abigail, a pit bull, gained recognition for her work in 2017 after receiving the crowning honor of being the American Humane Hero Dog of the Year. She shared the news on her Facebook page, “Bonnets For Abigail.”

Regarding her spotlight on the Disney+ show, her owner Megan said the show reached out to her in January about featuring Abigail. 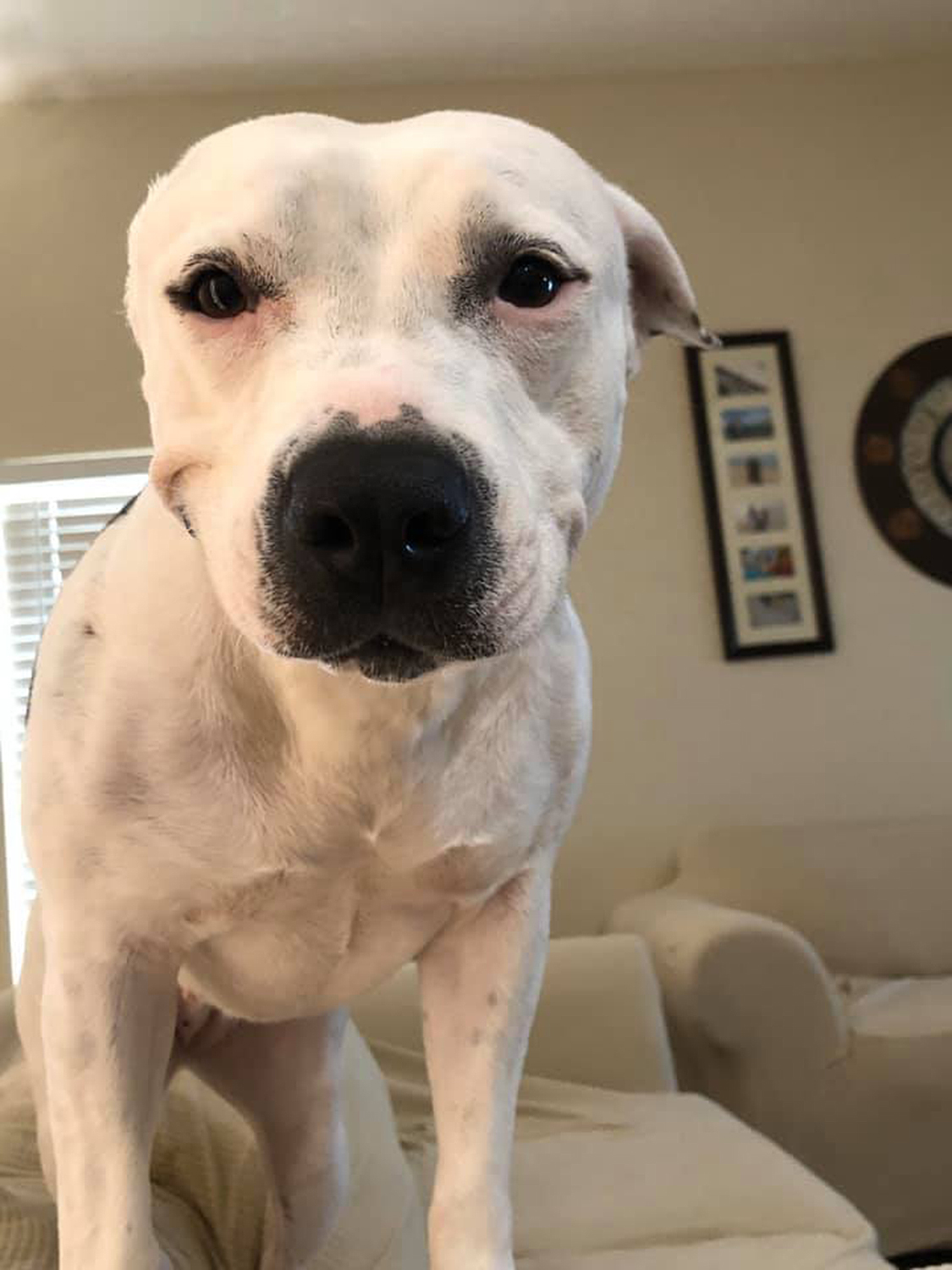 As she recalled, “I’m like, ‘Disney? No, there’s no way Disney has found us in Fort Myers, Florida.’ They wanted to highlight Abigail and her story through this new Disney+ show, ‘It’s a Dog’s Life.’ Abigail does have a wonderful Cinderella story. That’s what I like to call it. Former bait dog to Disney Princess. She’s raising awareness on bait dogs and dogfighting rings, and animal cruelty as a whole.”

Megan added, “We’re just really happy that Disney chose our little princess to be their next princess.”

Princess Abigail’s big debut in “It’s a Dog’s Life” is scheduled for the 29th of May, on Disney+.