In 2008 while I was heading to work, I passed a business center and saw a small rat terrier attempting to tear into a discarded food bag. I pulled into the lot and the dog took off! I followed in my car as she ran the perimeter of the parking lot. She dashed under a fence and was now literally on the berm of the freeway, where she lived. 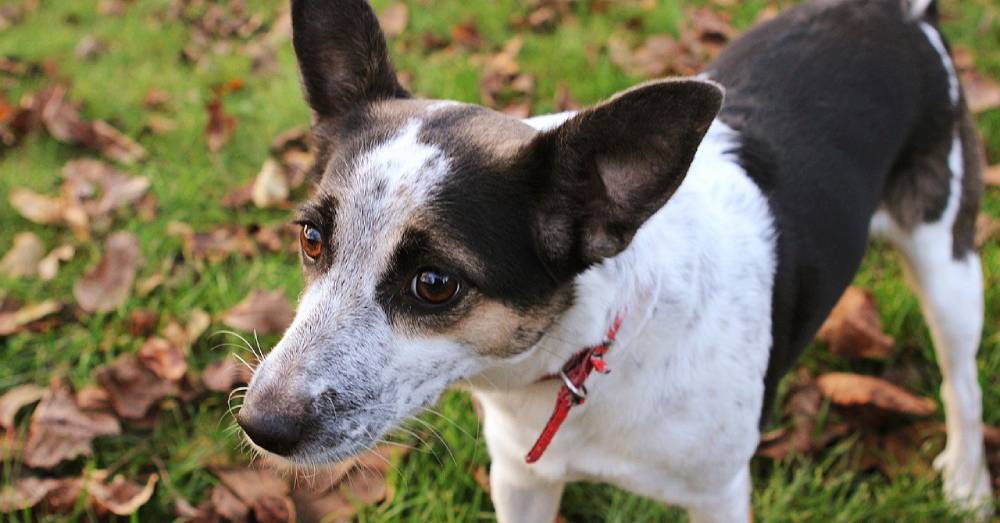 I contacted a rescue that said they would send someone right out. Three days later, there she was again, trying to get food. I pulled in again as she ran back to her “nest” off the freeway, out of my reach on the other side of the fence. After leaving my tuna for her, I went and got a bag of food. For the next seven weeks, I fed her twice a day.

I got lucky one Sunday; as she twisted to bite a flea, I grabbed her. She was thin, cut up and literally infested with fleas. She was chipped, but her owners didn’t want her back after she’d been lost for four months. She was also terrified.

I took her home, and three baths later, she ate and fell asleep in my arms. She was terrified of men, hid when I left the house, and my husband could never find her. There was no way I was letting this one go to the pound!

Eight years later, this little beauty rules our house! She chases planes, our Great Danes, plays daily with her squirrel friend, and every single night, she hops up on our bed and must be touching my husband and gives unconditional love. In the a.m., I tell her to go wake up Poppy, and she runs to wake my husband up with kisses. 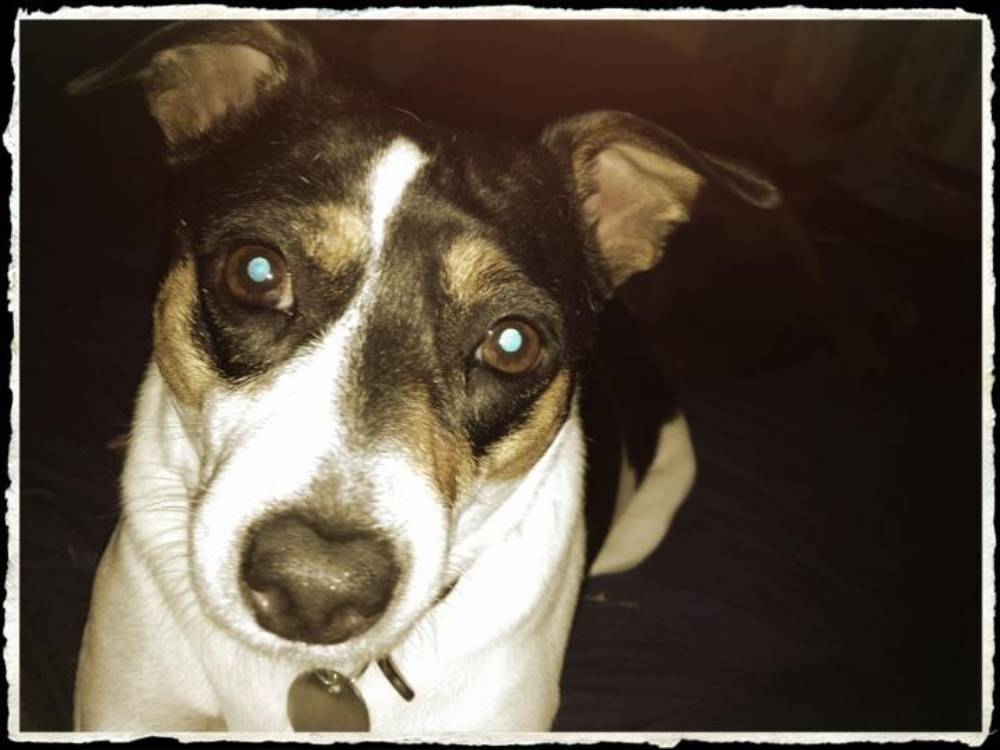 Her name was Baby, but we changed it to Squeek. At mealtime, she runs outside, runs back and forth, and she squeaks! My husband says it’s because she is so happy and secure that this is her forever home. Everyone always says how lucky she is. I say we were the lucky ones!