About nine years ago, my middle daughter was with me watching “Funny Girl” on the TV in our living room. She told me, “I keep hearing a cat meow and I’m pretty sure there are no cats in ‘Funny Girl.'” I had just come through my bedroom and knew our elderly Siamese was asleep on my bed, so it wasn’t him. 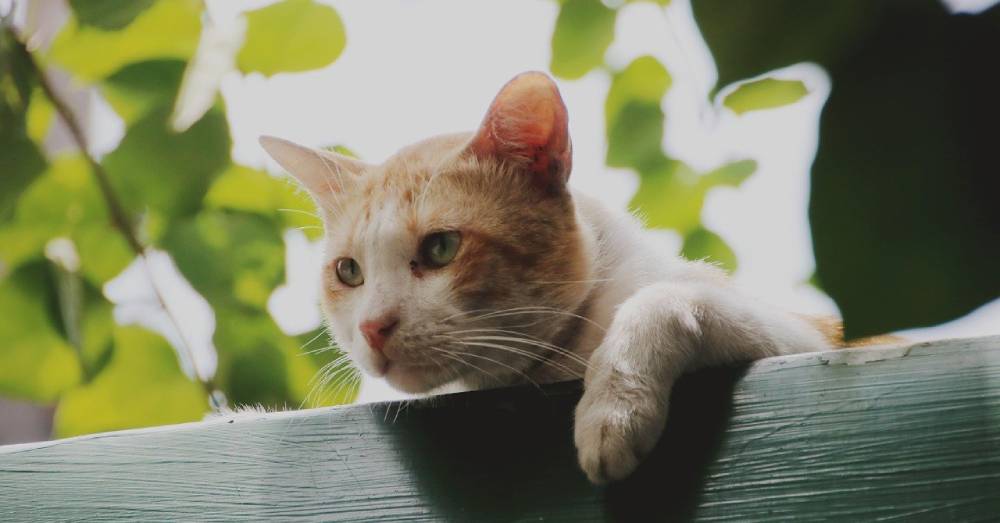 It was February, and we had just had a big snowfall. I opened my front door to see where the meows were coming from, and in walked a small yellow and white kitten just like he lived here. I had three dogs at the time, one a lab who immediately ran up to the kitten. The kitten just walked past him. He had no fear of any of my dogs and still doesn’t. Of course I fed him, and he snuggled up to my daughter on the couch. I knew then he wouldn’t be going anywhere.

The vet said he was about 4-months-old. He had lost the tip of one ear and his tail to frostbite. He certainly knew where he was going the night he walked into my house. Nine years later, he is trying to lay on my chest between me and the laptop as I try to type this. 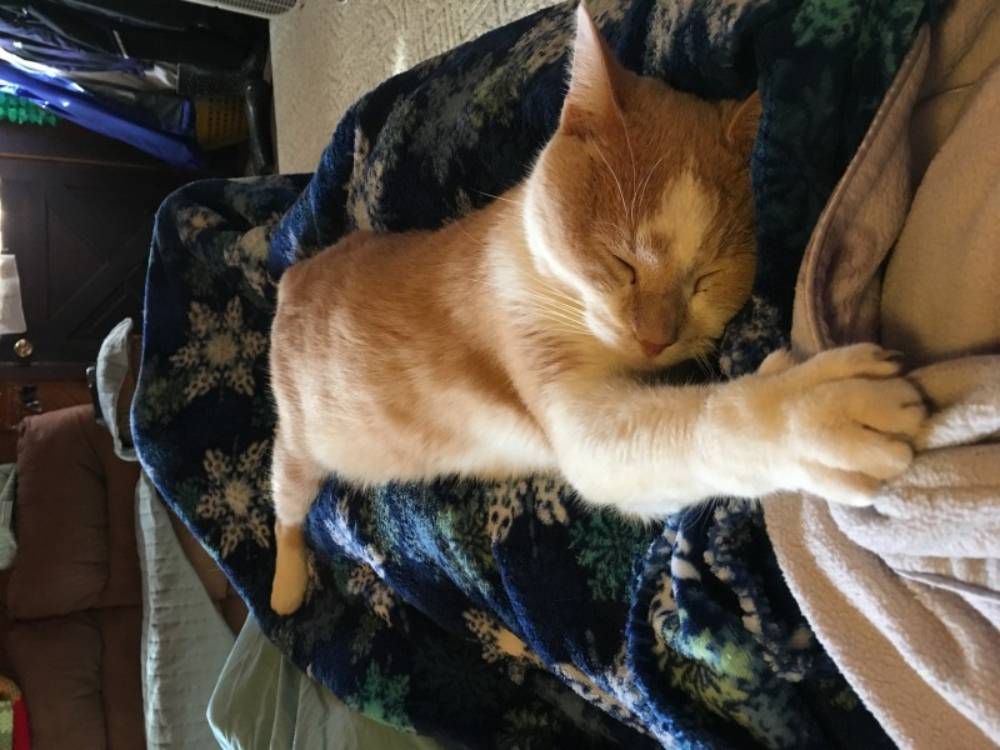 He thinks he’s a dog. When I walk my dogs at night before bed, he joins us. He comes when called better than any of my dogs. His name is Samson. Best cat/dog ever!