Mother Cat Keeps Her Kittens Alive Despite Having a Severed Spine

This story was submitted by Nikki Chapple from our shelter friend, Best Friends Felines. Best Friends Felines saves cats’ lives in the Brisbane, Australia area, and the Animal Rescue Site is proud to share their stories. You can learn more about their work here!

We had closed the doors due to a shortage of funds, carers and having almost 270 cats in care. Then I received a call from my vets.

A mumma cat had been found in someone’s yard with her little ones, and upon no neighbours claiming her, she was taken to a local vet, my vet. Beth, the vet nurse, texted me, “She is messed up so bad,” so I drove over there immediately. 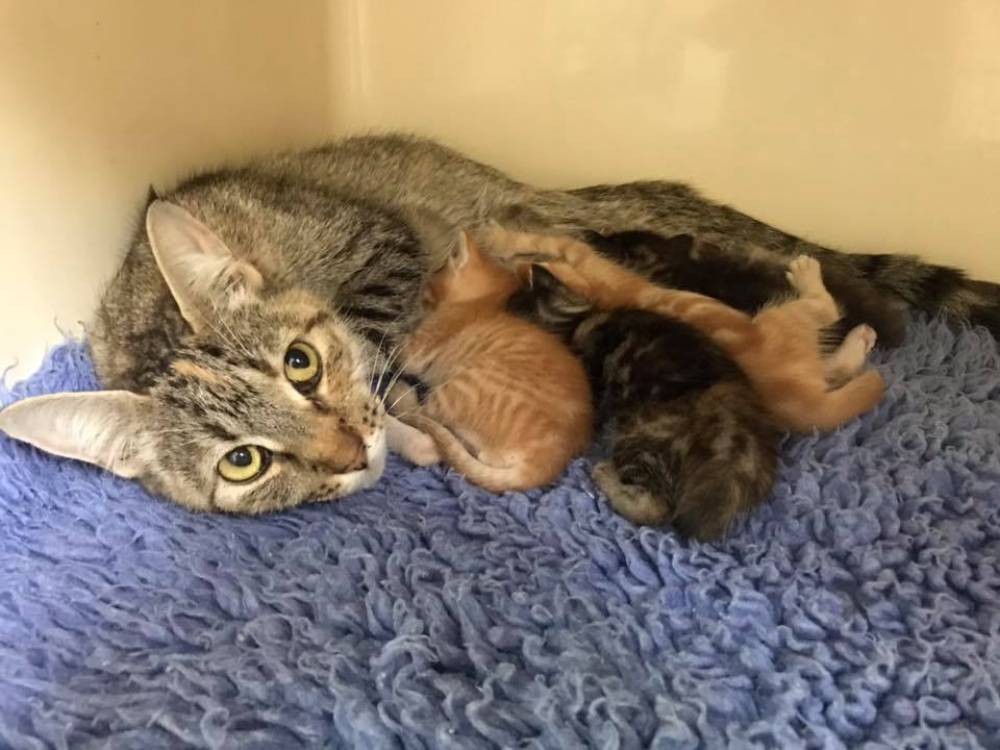 I have struggled all day to write this post as the emotions that hit me over the next hour were just all too much. I went out back to meet mumma cat and her little ones before Beth took me to show me an x-ray. This poor sweet girl’s spine was totally severed. None of us had seen anything like it, and it wasn’t a fresh injury as she had awful sores on her legs and feet from dragging herself around trying to tend to her little family. She was incredibly thin, her gums were pure white, she was dehydrated and giving her all to save her babies.

I have seen a lot of horrible things in all my years of rescue, but this mum just broke my heart. She was simply amazing, fighting to keep going despite her spine being snapped in two pieces and she would have been in so much pain, but she kept going and going to save her babies. The sores were not fresh, so she had been like this probably since the babies were born. 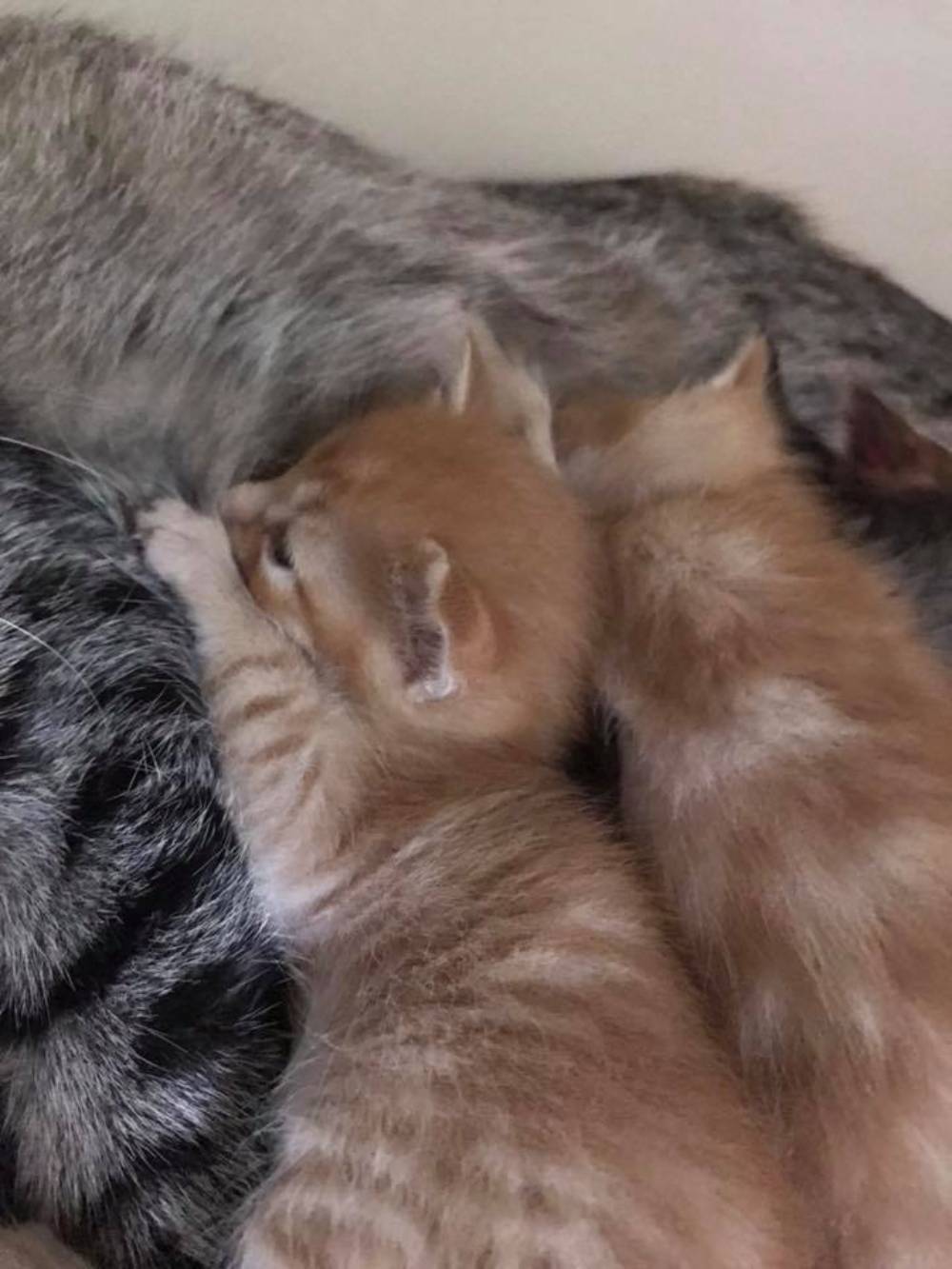 I was picturing her in my head, crawling around on her front half searching for food and water, and going back and forth to her babies each day to keep them safe and make sure she was back to feed them and keep them warm. This just made me realise why I do what I do, and I knew even though I really should not take this family on I HAD to, I owed this mumma to take over and make sure these babies thrived and got to loving homes.

I sat with her for a while until the vets were ready to close for the day and watched her babies suckle as mumma purred. Tears filled my eyes knowing this would be the last time for this, as sadly mum’s spine was not able to be repaired and she was on her last legs having done so much for her little family. She had nothing left to give.

I stayed with her until the very end, holding her as she crossed the Rainbow Bridge, whispering to her she was an amazing mum and had looked after those babies like no other mumma before her. I also promised her I would take over watching her babies, so she could let go. 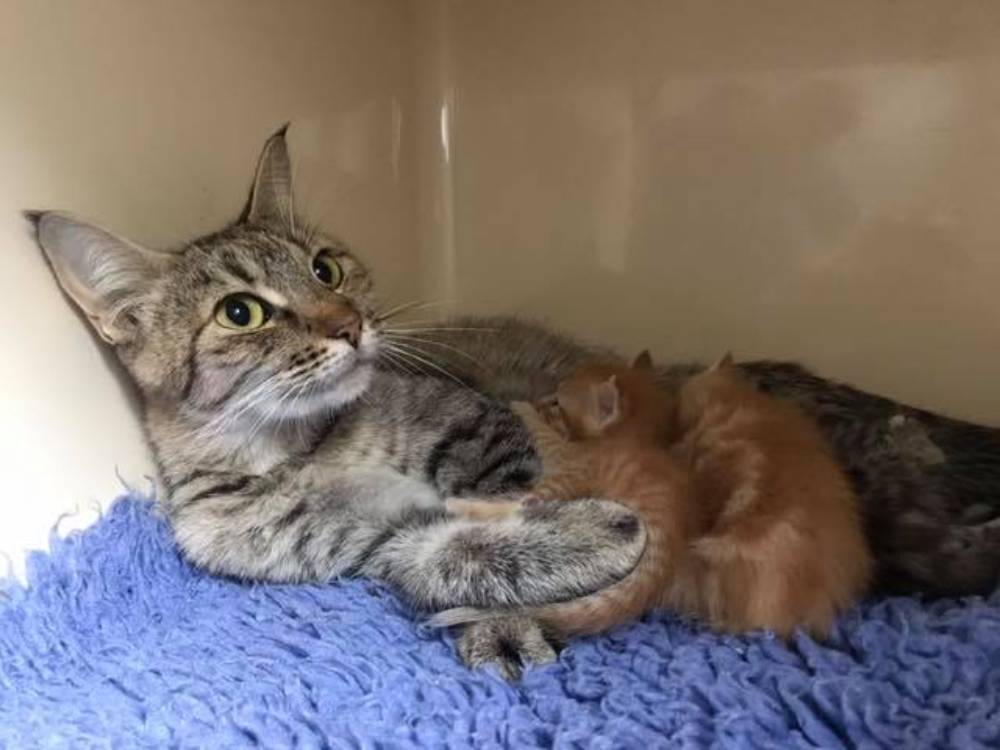 She had no name as we don’t know where she came from, but I don’t like them crossing without a name and someone there to hold them. So I whispered to her also that I was calling her Liberty, as all I could offer her was freedom from this world and freedom from having to continue to give everything she had and more for those little ones. Liberty crossed the Rainbow Bridge quickly and peacefully. She was ready to go knowing her babies were safe, and she was just so depleted and in so much pain, so she let go in seconds and was gone.

I have sat through many Rainbow Bridge crossings in my years of rescue, and while they all affect you, some hit you more than others. I gathered her babies and walked back to my car where I sat, and I bawled. I cried for Liberty who had been through so much and given so much; her story of what she went through on the streets with a broken spine to make sure her babies were looked after just drilled into my heart. I cried for those babies who were now orphans and were sitting in the carrier crying for their mum, I cried with frustration knowing if she had responsible pet owners she would have been safe inside and she would have been desexed. 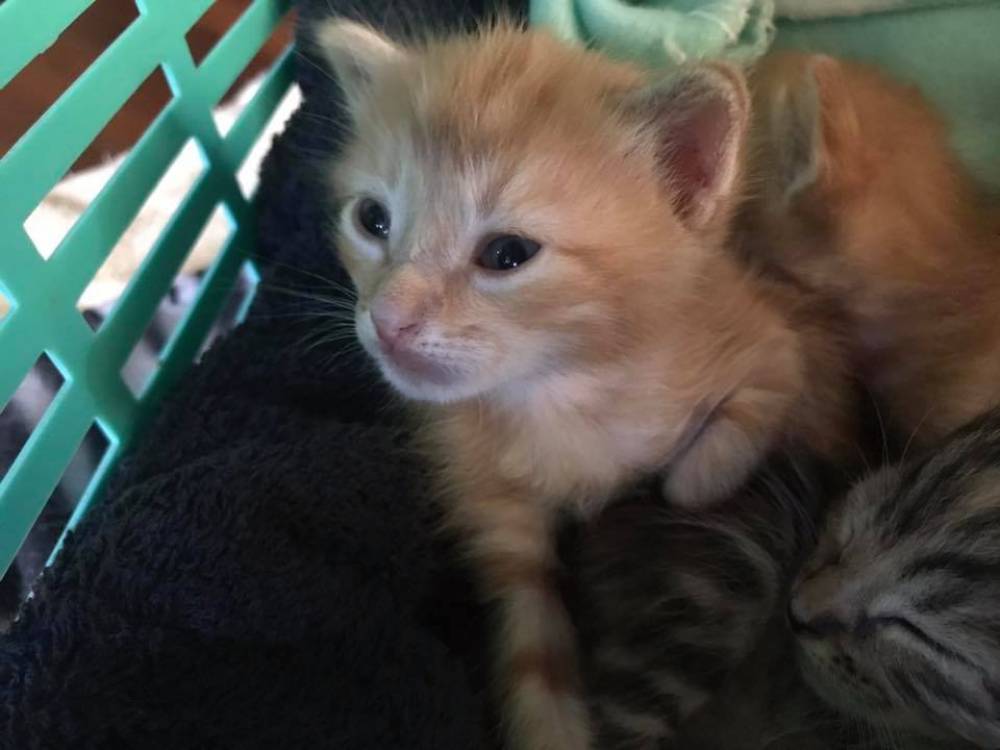 It’s been a pretty emotional and rough week in rescue, one I wanted to throw up my hands and walk away from, but I know Liberty made her way to me to remind me why I do what I do, why I must never give up, why I have to continue to be their voice when they have none, and why I hope that her owners see this post and think twice about EVER getting another cat again. If they do, I hope they realise they need to desex their cat and keep them safe inside.

Fly free, Liberty. I am sorry your humans failed you, I am sorry we couldn’t save you, but I will keep my promise and those little ones of yours will be safe and well loved. 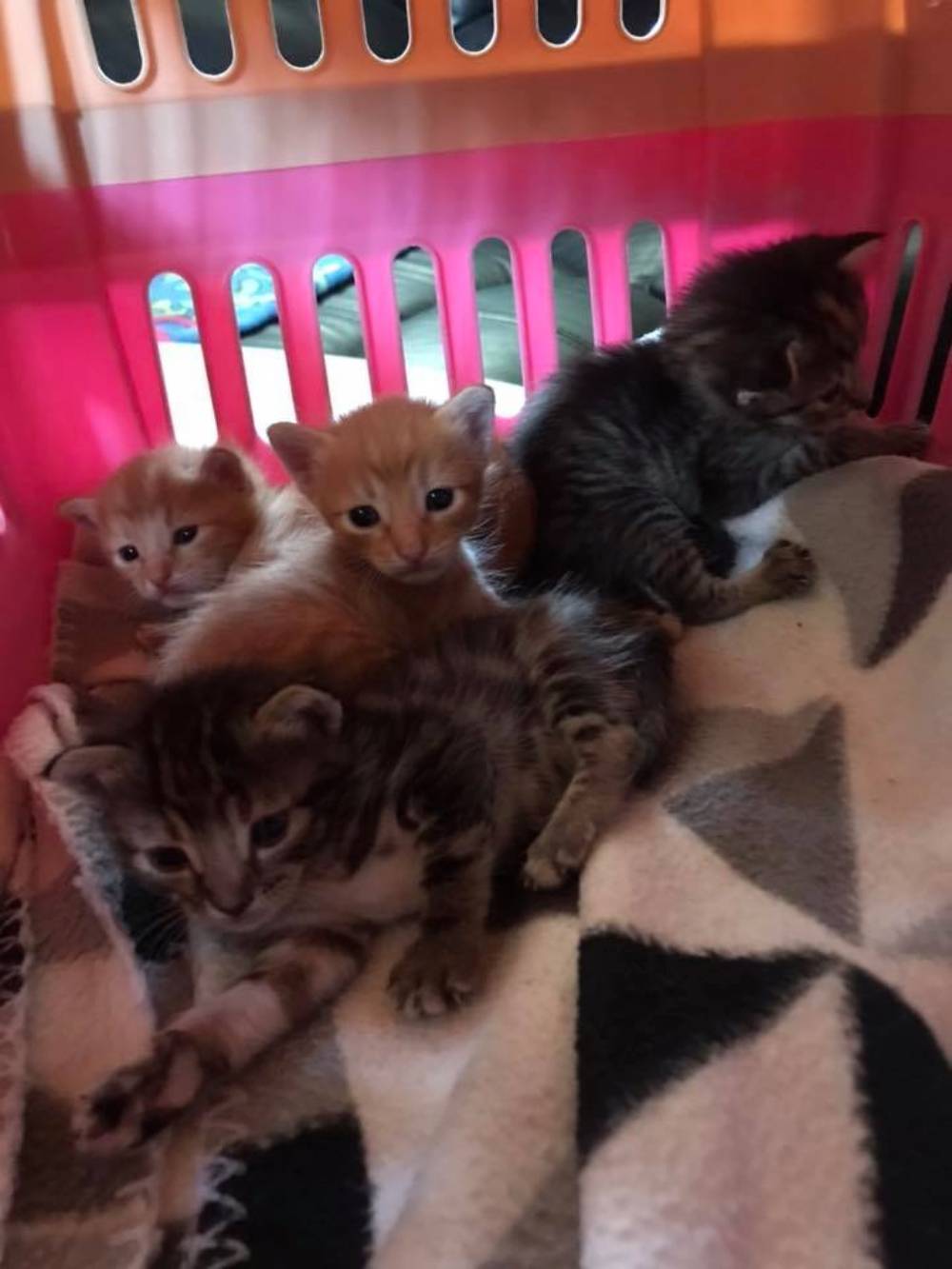 This story was submitted by Nikki Chapple from our shelter friend Best Friends Felines in Brisbane, Australia. Learn more about them here!