When I moved to my town 25 years ago, I saw a lot of stray cats in the area. My search for a shelter came up empty. We didn’t have one that serviced our town. My search did, however, put me in touch with a local rescuer who offered to loan me traps and teach me how to use them. Thus began my rescue career.

My efforts caught the attention of the small weekly paper, and they did a story about the cats. In the interview I mentioned that I had some feral cats who were spayed and neutered, but the property owner where I found them didn’t want them back. That was included in the story, and I got a phone call from a woman named Lori who owned a farm. We became friends as she was an animal lover, too. Lori took four of the feral cats to live on her farm. She also met the rescuer who taught me how to trap and began fostering kittens for her. 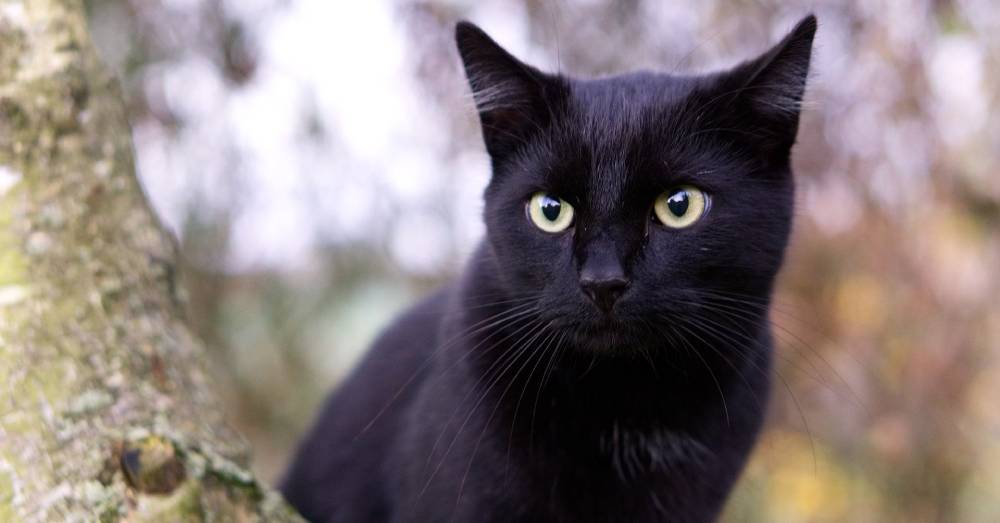 One Saturday, I answered a knock on my door to find the editor of the newspaper holding a tiny black kitten. She and some others had been volunteering to fix up a house for an elderly woman. They had found the kitten while they were clearing brush. It still had its umbilical cord attached. She wanted me to take it, which I did.

I named it Itsy because I did not know the gender. For two days I bottle fed the kitten, taking it with me everywhere I went. On Monday I got a call. They believed they had found the mother cat, and there were more kittens. They weren’t sure where they were. I told Lori, and she offered to meet me to help look for them.

When Lori, my husband and I got to the house, the elderly woman was on the porch holding a coffee can with a little black kitten inside. A beautiful seemingly pure-bred Siamese cat sat beside her. I took the kitten out of the can and held it down in front of the Siamese. She sniffed it and then took it from my hand. She trotted away with the kitten in her mouth to a garage at the house next door and disappeared inside. Where did she go? 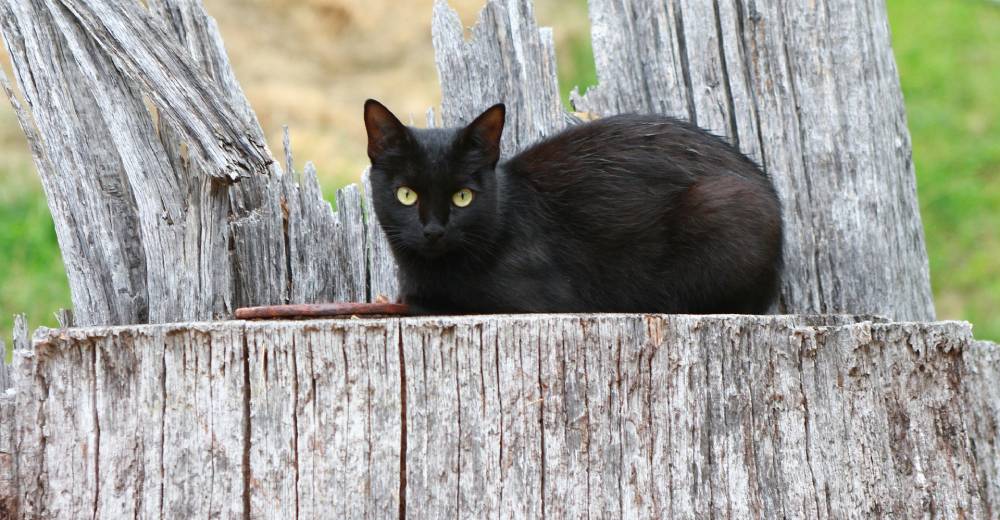 I walked around checking every nook and cranny and spotted a rusty old wood stove sitting in a corner. We looked inside and found the little family. We lured mama cat into a carrier with some canned food and then pulled out three black kittens. After we reunited the family with Itsy at home, we named two of them Bitsy and Spider. The fourth one became Coffee because of the coffee can.

After the kittens were weaned, the mother was placed with a Siamese rescue organization. Three of the kittens were adopted. The fourth one was a little more reserved but very sweet. I was getting deeply attached to him, but wanted to save my home for unadoptable ones. It took a while, but I finally found a family to adopt him. It was so hard to leave him there.

The next day the mother called me saying that she had seen a worm on him, and they didn’t want him anymore. He was fully treated for worms, and I didn’t believe that for a minute, but I was so relieved that I didn’t argue with her. I told her I’d be there within the half hour with her still uncashed check. I flew to that house and found him under a couch. His little face brightened so much when he spotted me. I scooped him up and gratefully took him to my car. On the way home, I told him that he was my cat and that I would never, ever let him go again. 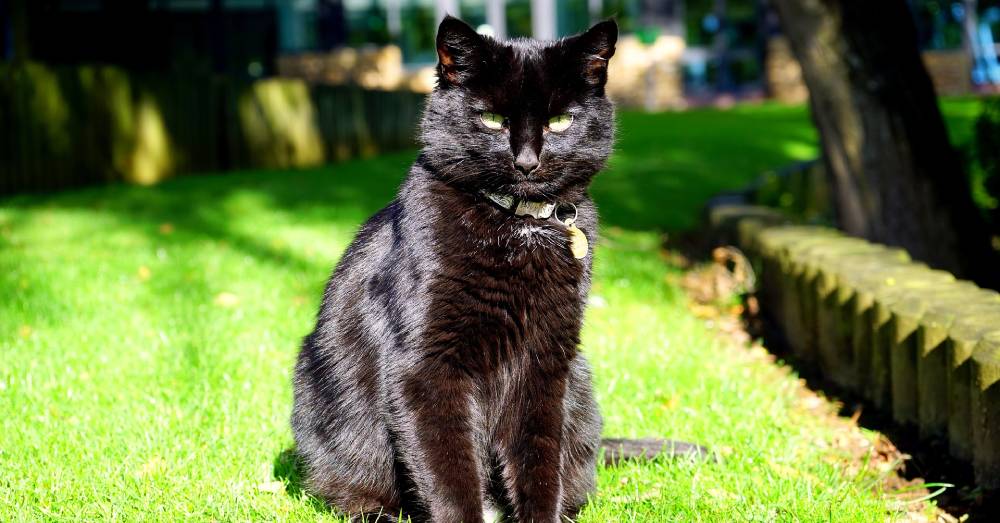 Coffee grew into a big cat of 16 pounds, not fat just big. We said, “Momma was a Siamese, but daddy was a panther.” He was the most easy-going, laid-back cat. Nothing upset him. He also had a big friendly personality. He was a talker with a Siamese voice. I called him my Siamese in black pajamas.

Over the next 19 years, he befriended rescues and fosters that came in. They loved him! I would frequently find him in the middle of a pile of cats, all of them trying to lay next to Coffee. From the time he was a kitten, he always loved to snuggle next to my side tucked under my arm. That spot seems so empty now that he is gone. He was the ideal cat in so many ways. People really miss out when dismiss black cats just because of their color. 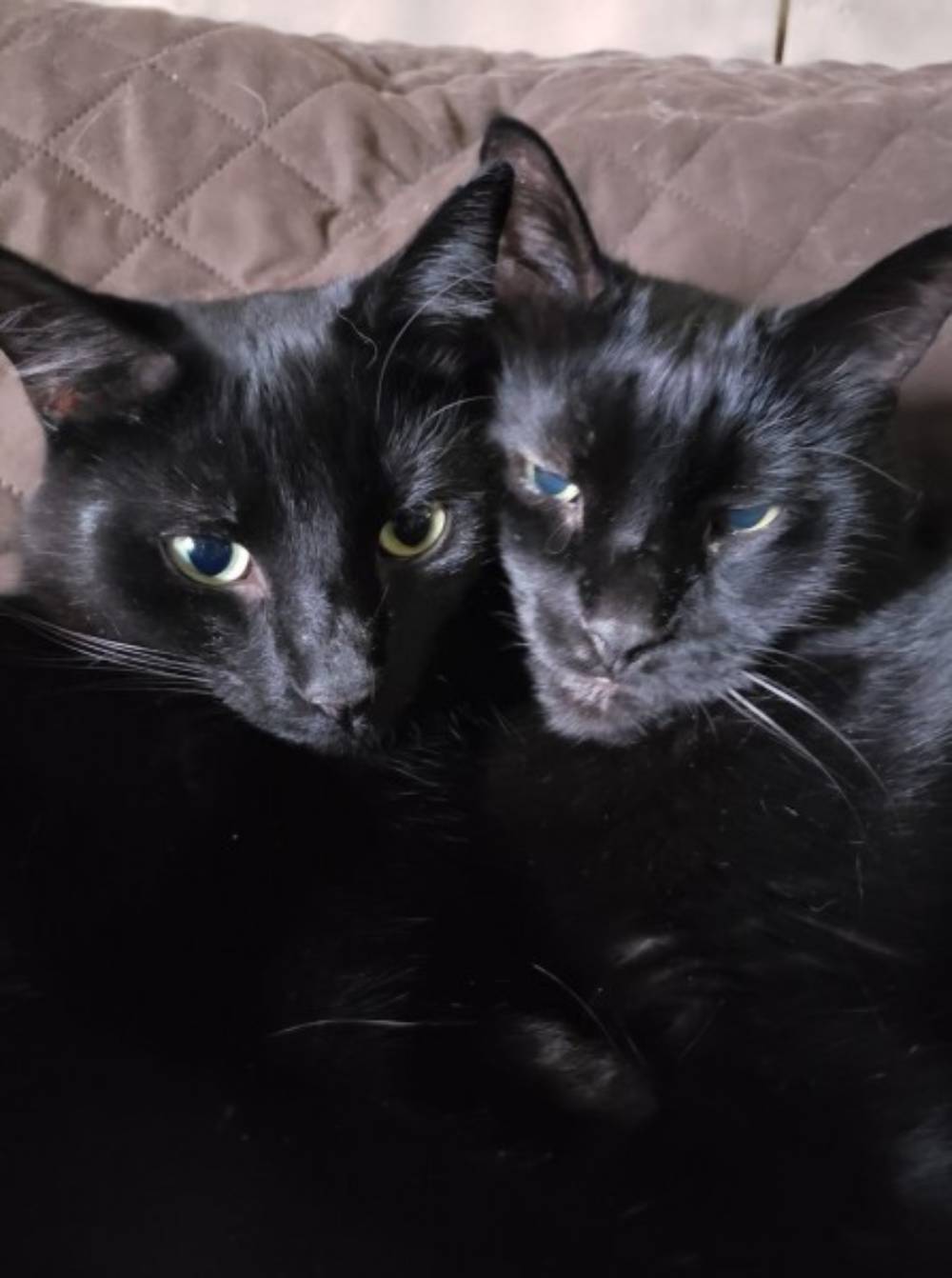 As for Lori, almost 20 years ago, she said she wanted to start her own rescue. I told her I would support and help her any way I could. Thousands of cats and dogs have now been helped by her rescue. It has grown tremendously over the years and now has lots of volunteers, a shelter space that we rent, and spay/neuter clinics with local mobile units. Yes, my husband and I are still helping. We clean and feed and help with fundraising. We organize students from the college where my husband teaches to help clean the shelter every week. We have seen so many cats come and go over the years. We have also fostered quite a few. We have loved a lot of them, but none could ever replace Coffee.