Life was rough for a pit bull named Maisy before she was adopted by Marisa Elbert.

She spent the first three years of her life alone in an outdoor kennel. Her previous owners called her “ugly” and didn’t even bother to name her. She had no idea what a toy, soft bed, or love was.

But that changed the day she was rescued.

Fate brought the two together.

Elbert was first introduced to the sweet pup through a video that her friend tagged her in. It couldn’t have happened at a better time.

Elbert was grieving over the death of her beloved dog, Kalea, and still dealing with the loss of both of her parents. Maisy was a ray of sunshine and made Elbert feel happy again.

All it took was one look and one “woo” (the noise Maisy makes instead of a full “woof”) for her mom to fall in love. She adopted Maisy and has spoiled her ever since.

“Now she has 3 beds to choose from, coats and pjs for for when it’s cold, a collar collection to rival a supermodels, the best vet care and food,” Elbert told us.

Maisy now lives on a farm in Northern California with a herd of other rescued animals. Her favorite place to be is the barn and she kind of resembles a hippo, so her mom nicknamed her “barn hippo”.

She was a bit shy at first but now befriends every person and animal (except gophers) she meets.

Her motto is “Woo is Life”, which her mom explained means “be sassy, look for the good, just get out and live.”

Maisy is a chatty girl and will woo when she’s happy, feeling sassy (which is most of the time), to get attention, and for more of her favorite snack- pancakes.

She quickly adjusted to her new life and loves following her mom around as she does chores and cuddling with her BFF, a rescue cat named Motor.

The charismatic girl loves to greet the horses but will also try to share their food and boss them around. 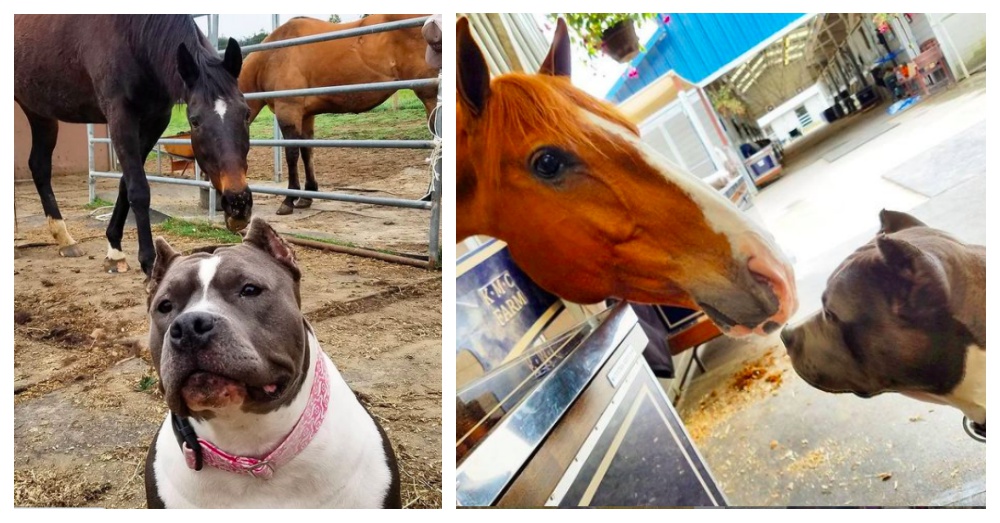 Her sassy attitude and vocals have attracted 119K followers on Instagram, which also features her rescued siblings.

The charming pup is battling some serious health issues, but she hasn’t let them drag her down. Her mom shared on Facebook that “heart issues and an autoimmune disease tried to slow her down but she has proven that nothing will stop her from enjoying life and woo-ing her way into everyone’s hearts.” 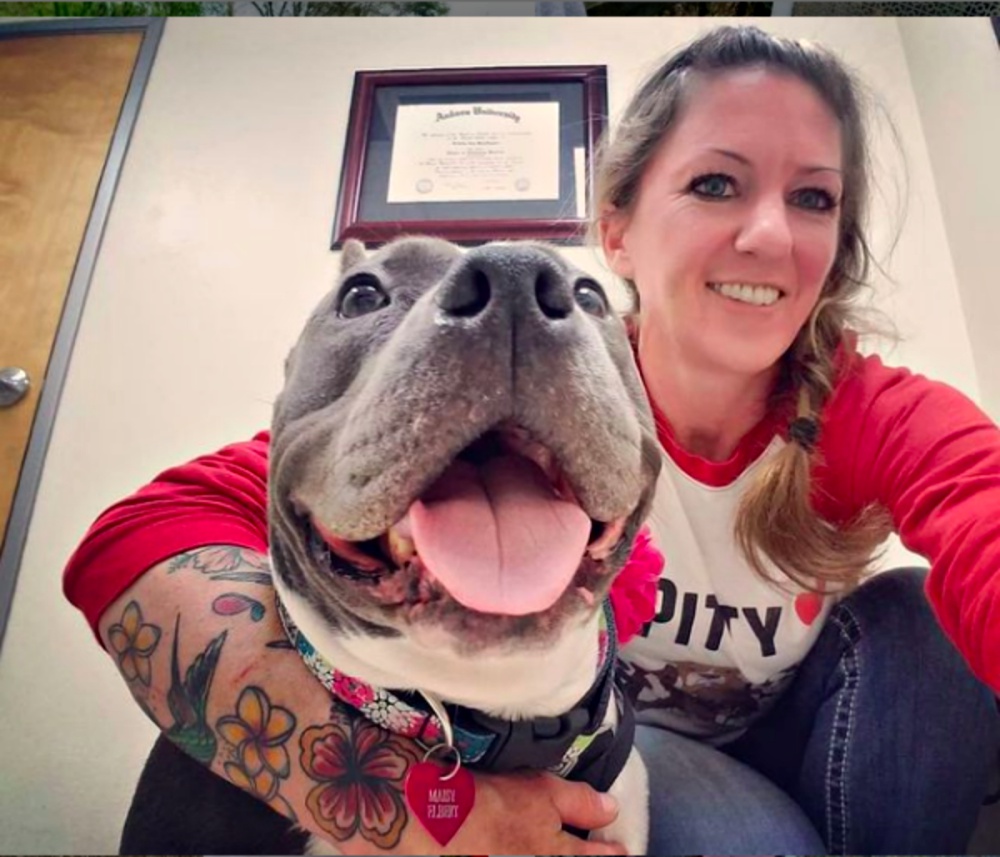 Maisy has finally experienced love and Elbert said, “She’s the center of my little family. I’ve never come across a soul as pure as hers before.”

There are so many dogs like Maisy in shelters waiting for someone to give them the second chance they deserve. Adopt don’t shop!