These 2 Kangaroo Joeys Were Rescued As Orphans. When You See What They Snack On, Too Cute!

These two adorable tree kangaroo joeys, named Anneli and Kimberley, were rescued after they lost contact with their mothers. They are unsure of exactly why, but they believe their mother could have rejected them. Margit Cianelli, a wildlife caretaker, took them under her wing to raise them herself. 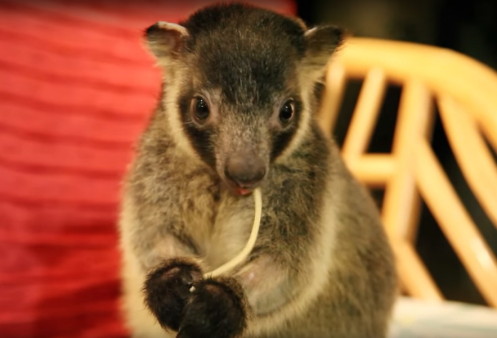 While living under Cianelli’s care, they have learned how to climb and which foods are safe to eat and how to handle disputes with other tree kangaroos. This will prepare them to live back in the wild on their own. These two are not her first kangaroo rescues. She has rescued many in the past, and her property in north Queensland, Australia, is next to a rainforest where some of those rescues have returned to visit her again after their release.