Dogs know how to have fun and enjoy the little things in life. While most dogs will do a happy dance when they hear the word “walk” or when it’s time to eat, Stevie cannot contain his excitement when he sees puddles.

Stevie, a special needs Labrador Retriever, suffers from a neurological condition called cerebellar hypoplasia. The condition doesn’t cause him pain but affects his balance and coordination. But that doesn’t stop Stevie from dancing and playing. 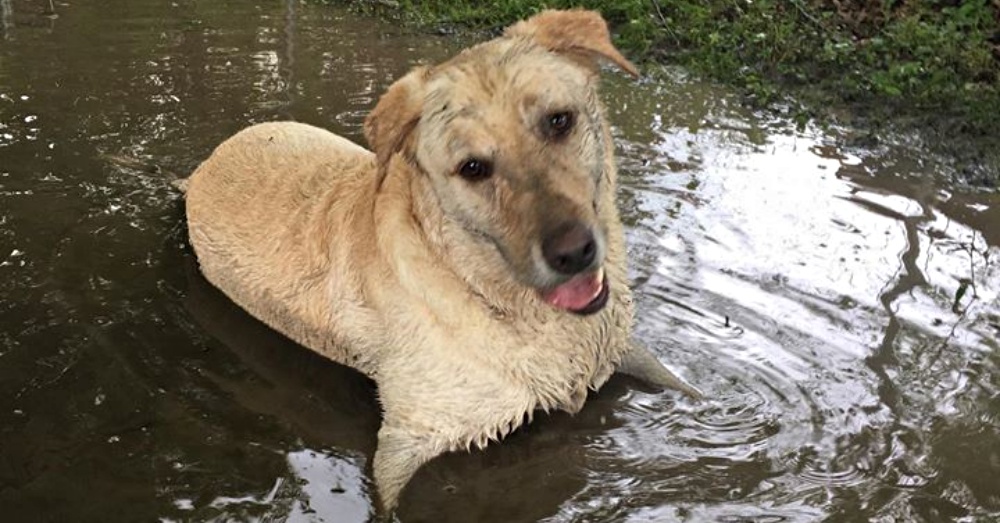 His mom, Jane Cornelius, first discovered his love of puddles on the day she adopted him. He arrived at her home for a meet and greet and when he saw a puddle in the backyard he headed straight for it. He was so excited that he did a happy dance and then proceeded to splash around in the puddle. His love of puddles has only grown since then and the muddier the better.

Stevie is an inspiration to us all to live life to the fullest. Thankfully, his mom shares photos and videos of the happy-go-lucky pup with the world.

While the exuberant dog loves puddles, he isn’t a fan of rain.

Well well folks what do we have here? After a solid weekend of rain looks like a lake sized puddle made for dancing has formed in Stevie’s backyard. Funny thing is Stevie doesn’t like to go outside while it’s raining, so he hasn’t discovered this gem yet. He’s stayed pretty close to the door and this is on the other side of the yard. But, I expect some epic puddle dancing video in the near future…🕺🏼 #puddledancer #puddledancing #steviethewonderdog #specialneedsdogsofinstagram #specialneedsdogs #cerebellarhypoplasiadogs #cerebellarhypoplasia #chawareness #yellowlabsofinstagram #yellowlabsquad #yellowlabs #labsofinstagram #labsofinsta

Puddles and his favorite toy, Ducky, are at the top of his list of favorite things, but his number one is his mom. The sweet dog follows his mom around the house waiting patiently for her to drop some food or taking a moment to cuddle with her. 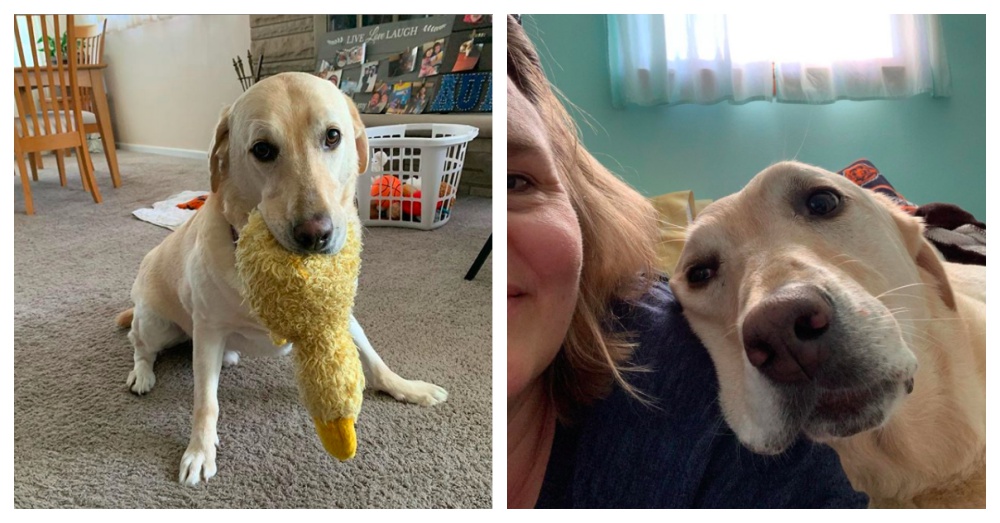 “Remember, different, not less. In fact, where some may say CH is a disability, I see it as Stevie’s superpower. His adorable tippy taps and love of puddles have brought smiles to thousands if not millions over the past couple of weeks, and that’s pretty special,” posted his proud mom.

Stevie and his mom hope to inspire people to adopt special needs dogs and to raise awareness about cerebellar hypoplasia.