This “Attack” Dog Rescued A Hummingbird. Now, 1 Year Later, You Won’t Believe It!

This adorable dog, named Rex, spent his life roaming around on the streets as a stray. Eventually he was rescued and then adopted into his furever home. But the best part is, after being rescued, HE helped rescue someone else! 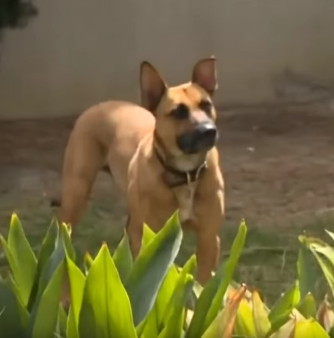 Rex and his human, Ed Gernon, were out for a walk together where they live in California, when Rex saw a hummingbird on the ground, covered in ants. Gernon assumed the bird was dead, but Rex wouldn’t leave her. When the dog wouldn’t leave the bird’s side, Gernon realized that the bird was alive, but in poor health. He knew he had to help the little bird. He brought him home and named her Hummer. 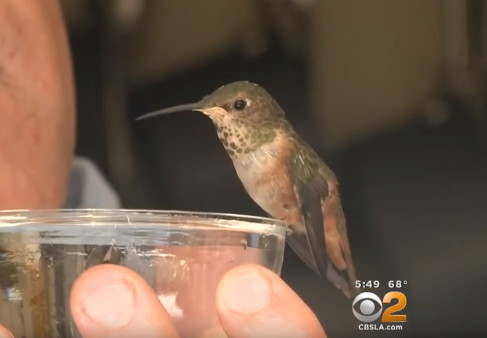 After being under Gernon’s care for a few weeks, she began to regain her strength and started to fly again. She would fly near Rex and land on his nose. Gernon thinks that the amazing trust she has in Rex suggests that she remembers him not wanting to leave her side when they found her.

Their relationship and bond grew, and Hummer never wanted to leave Rex’s side. No matter where he was, Hummer always stayed nearby. She even bathed in his water bowl while he was eating! It has been a year since Hummer was rescued, but she still lives with Gernon and Rex. He takes great care of her and has literally nursed her back to life. He feeds her a special sugary mixture every 15 minutes, and gives her lots of love! He leaves the doors and windows open in hopes that she will fly back into the wild, but she still hasn’t left. He knows that she will leave when she is ready.

“I rescue this dog. He rescues the bird,” Gernon told CBS Los Angeles. “The bird rescues all of us in a weird sense and it’s just a miracle.” Watch their story in the video below: