Maternity photo shoots are a classic way to commemorate a special time for moms-to-be. So one Michigan shelter decided to host a pregnancy shoot for an expecting rescue dog.

Jazzy is a Pit bull mix who found herself at the Saginaw County Animal Care & Control through no fault of her own. It’s unclear if the pup’s pregnancy played a role in her eventual surrender, but rescuers have decided to make the best of this situation (and get a jump on the adoption process) by promoting this sweet mama dog and her pending litter on Facebook. 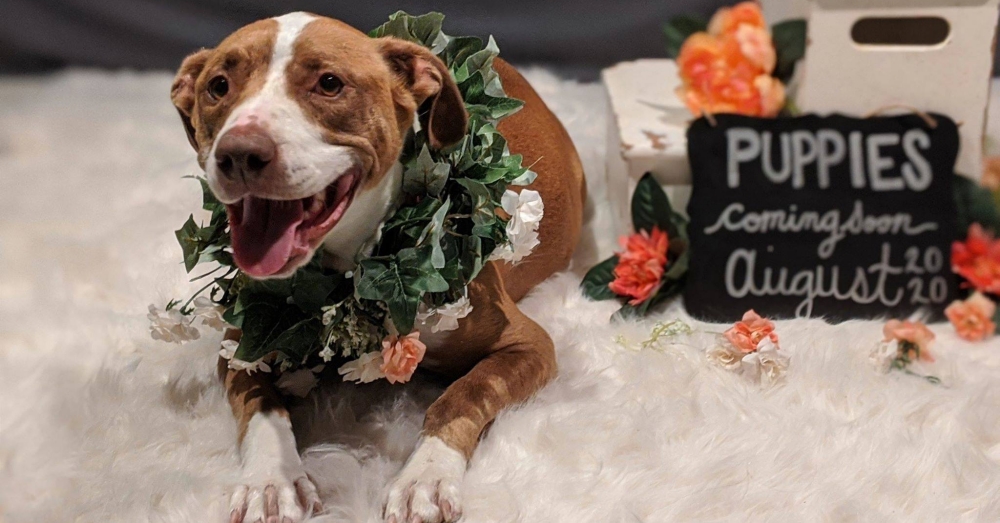 “We would like to introduce you to one of our newest SCACC shelter residents, Jazzy, our beautiful mother to be!” rescuers wrote. “Along with our unbelievably photogenic Jazzy, we await the arrival of an amazing gift – her puppies coming very soon! We hope you enjoy the maternity photo shoot that Jazzy posed for so eloquently. Stay tuned for updates!”

SCACC won’t be accepting adoption application until after the puppies are born, but anyone who is interested should keep an eye on the shelter’s Facebook page for updates on the mama dog’s delivery. Regardless, we doubt that the shelter will have any trouble finding forever homes for the new arrivals, at least judging from some of the responses to Jazzy’s maternity shoot. 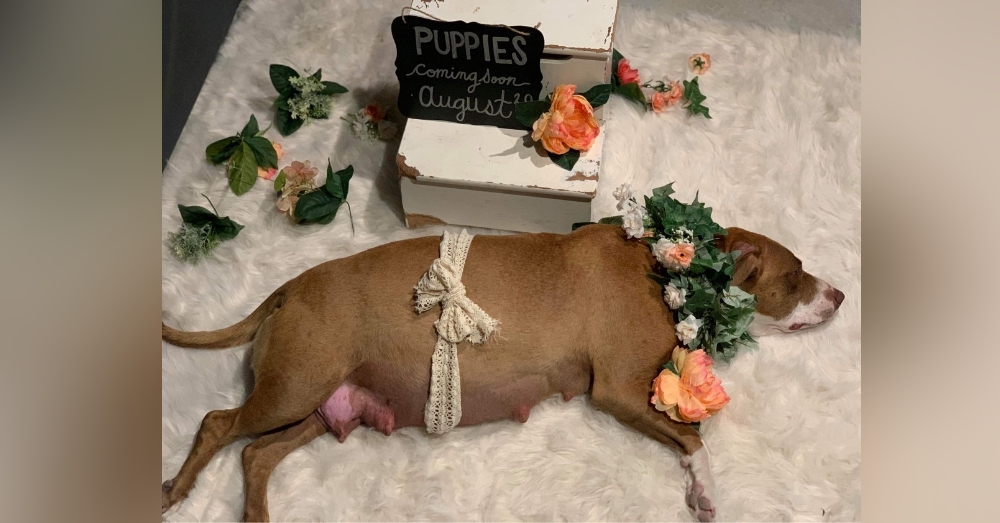 “Omg this is adorable!!!! Can’t wait to see the babies,” one person wrote, which was just one of many gushing comments on the Facebook page. But others noted the expecting weary mama dog’s exhaustion and wondered how the pregnant pup’s owners could have possibly abandoned her in such a condition.

“She looks so adorable, but in pain also,” this person wrote, noting that Jazzy looked like she was about to deliver a large litter. “Who could give up this pretty girl when she needed family most?” 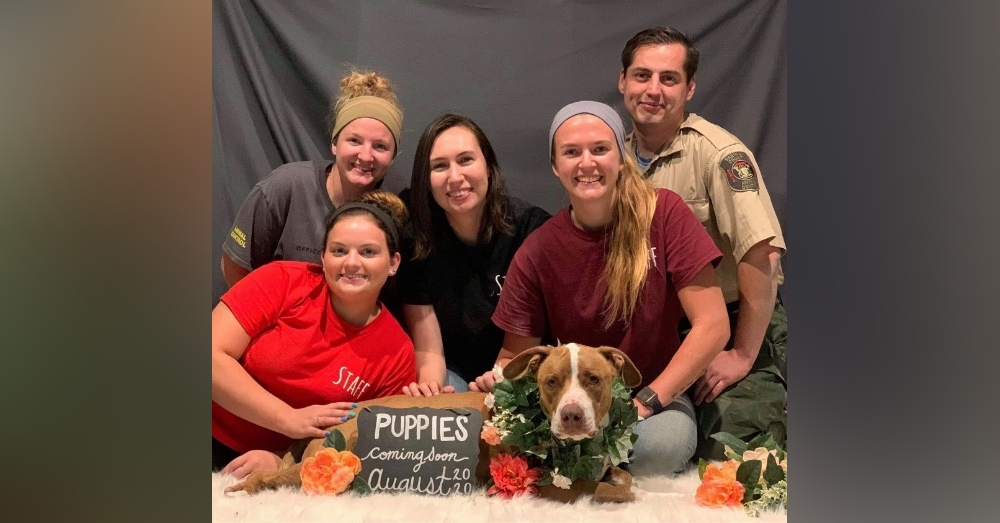 Regardless, we’re so glad this shelter decided to spread the word about this special girl, who looks like she’s ready to give birth any day now. Fingers crossed for a safe delivery and speedy adoptions for this sweet young family!