A Dog Led Her Human To A Ditch. When She Looked Down, She Couldn’t Believe It…

Rebecca Burley was out for a walk with her rescue dog, Roxanne, in their hometown of Suffolk, Virginia, when they were stopped by police who asked her if she had seen a woman in a nightgown walking around. She didn’t but told the officers she’d keep an eye out on her walk, not expecting to actually find anything. The woman who she was asked about was an elderly woman who went missing that was nowhere to be found.

While on their walk, Roxanne began to pull Burley towards a ditch off the side of the road. To Burley’s surprise, she saw a woman in a nightgown lying on the ground. She immediately contacted the police and the woman was taken to a local hospital. Details on the woman’s backstory and condition are unknown, but it’s safe to say that the woman may never had been found if it weren’t for Roxanne. Burley said she would have never looked down at that ditch if it weren’t for her pup dragging her down to it. She also said that she hopes her dog’s actions inspire other people to give shelter dogs a chance. It’s amazing the things that dogs can detect!

Dog That Suffers From Anxiety After Being Mauled Gets His Own Emotional Support Dog: Click “Next” below! 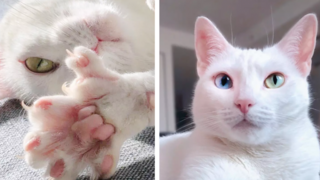 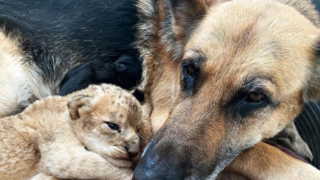