It’s not an easy life being a shelter dog. It is especially difficult when a dog goes from a normal home life to finding themselves at a shelter or a rescue. That is what happened to a 6-year-old pit bull named Halo.

After her owners separated, she was surrendered to the Rags 2 Riches Animal Rescue. There, she ended up spending nearly a year waiting for a new home. During her stay with the rescue, she was sent to a foster family. Her picture and story were shared to Facebook, and that is where Lieutenant Mickey Curran with the Upland Borough Police Department saw her. He immediately fell in love with her and knew he wanted to give her a better life. 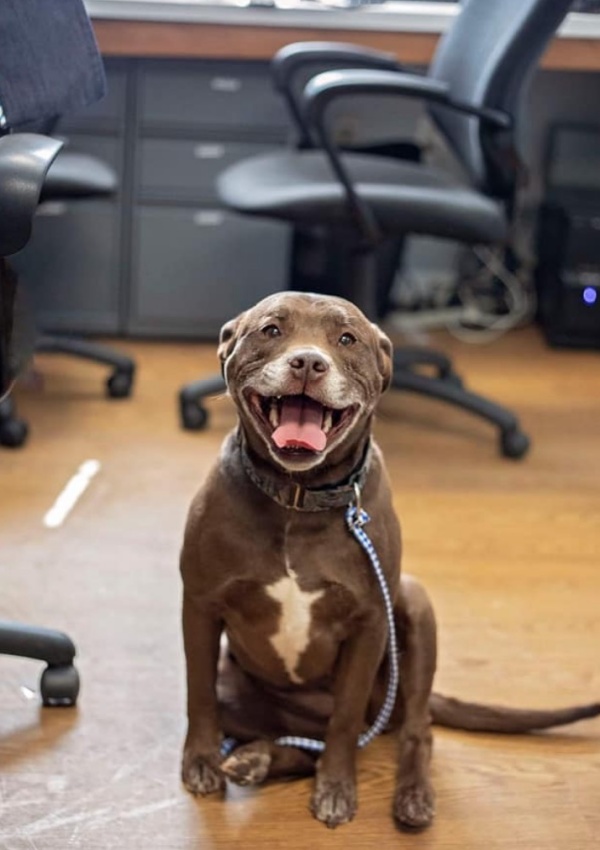 As he shared with the Philadelphia Inquirer, his first thought when he saw her face was, “That’s the girl for us!” Curran further noted that he thought her little snaggletooth and underbite were absolutely adorable. 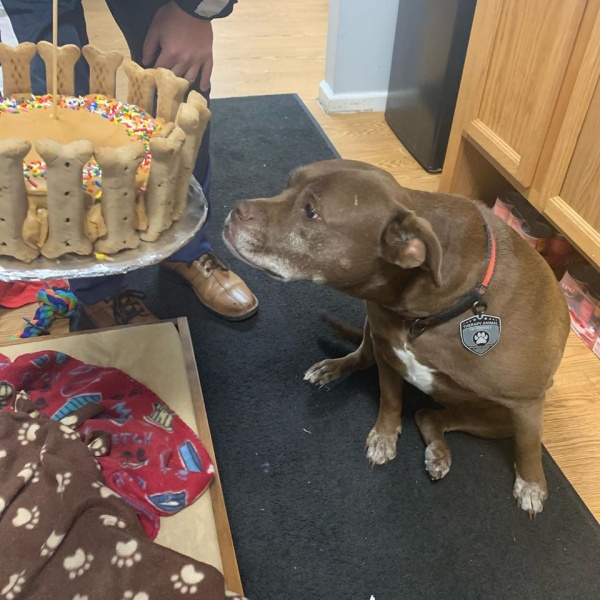 When he got in contact with the rescue, Curran explained that the entire police department wanted to rescue her and have the dog reside at the department. He wasn’t sure how the request would go down, but Tish Mayo, the director of the rescue, fell in love with the suggestion and was all for it.

With the rescue fully behind the idea, Halo was adopted and brought in to start her new life at the department. The police force even had a little swearing-in ceremony for her, and she officially became an Upland Police officer. Halo became the department’s first rescue ever. And in honor of her making history, she has a special job where she’ll be doing a lot of community outreach by attending events and meetings, as well as making people feel welcomed. 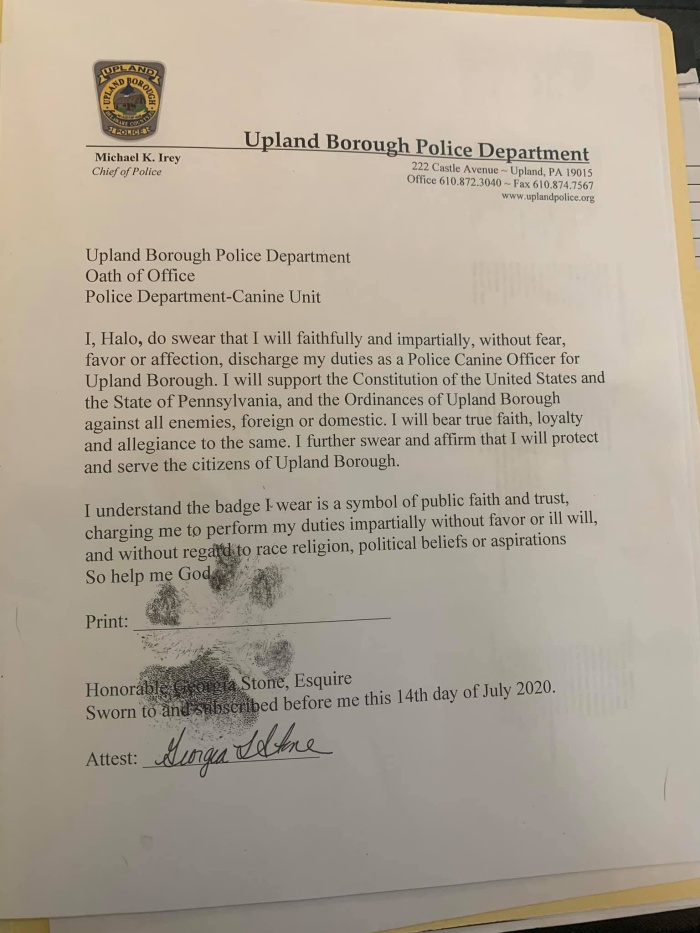 For anyone doubting her status as a police officer, Curran assured that Halo is indeed for real, saying, “She took an oath and put her paw on the Bible and all.”

So happy that the precious pit bull ended up getting a wonderful second chance as well as a great new career.