He Was In Horrible Shape And Rescued From Slaughter. Then, He Locked Eyes With His Soulmate…

Dudley and Destiny are two-year-old rescue cows who reside at The Gentle Barn, a farm sanctuary in Tennessee. Both of them came from farms where they were being raised for slaughter. 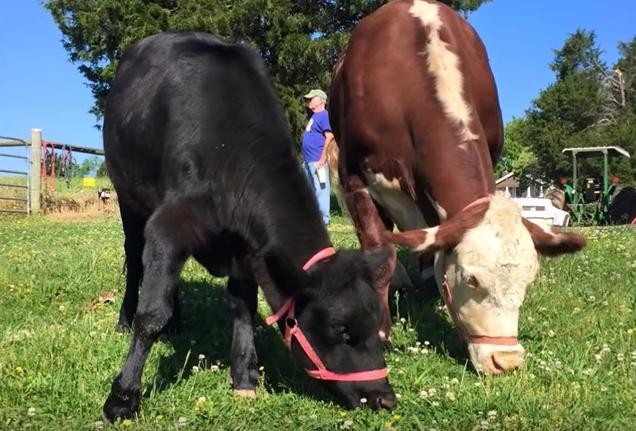 Dudley was taken away from his mother when he was a baby and sent to a ranch by himself. While he was there, he got his foot tangled in twine, which cut off the circulation and eventually led to an emergency amputation. 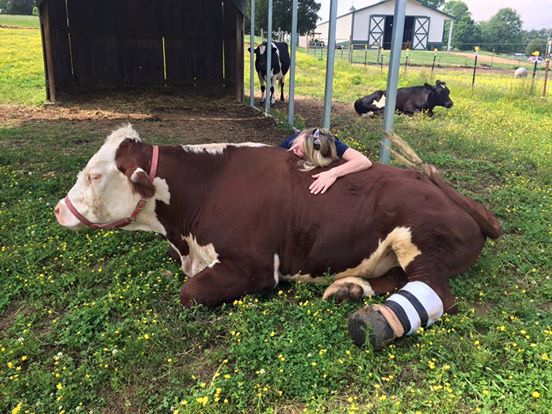 Thankfully, the farmer who owned Dudley felt terrible and decided not to send him to slaughter. He contacted The Gentle Barn, who then helped fit him with a prosthetic foot. 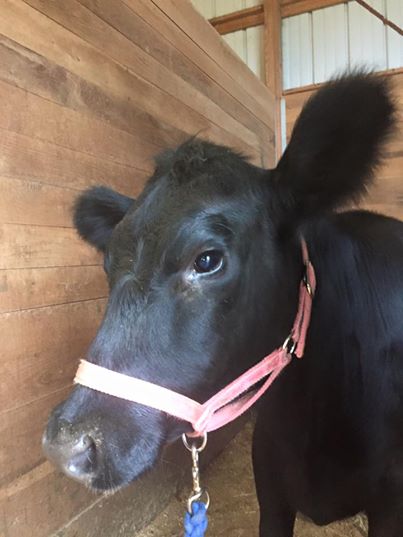 Destiny was born with an umbilical cord infection that affected her right front leg. Her farmer, too, did not want her to be slaughtered anymore, so he contacted The Gentle Barn also. They took her in immediately and began acupuncture, massage therapy and ultrasound on her fused elbow to build muscle and keep her walking. 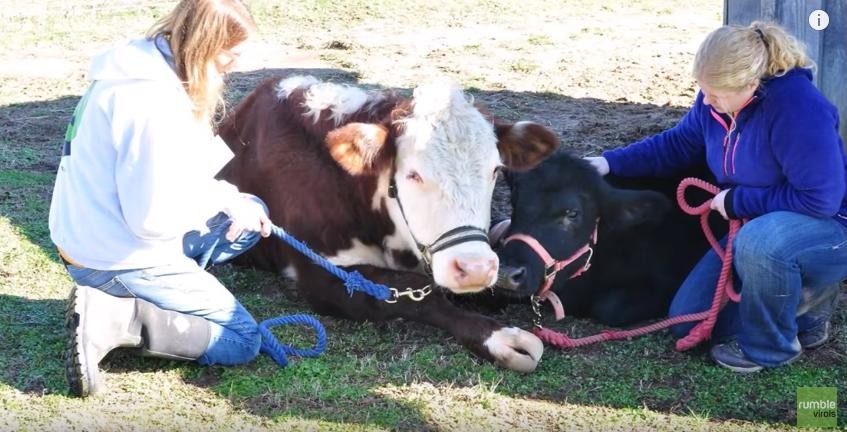 Both Dudley and Destiny arrived at the sanctuary last June and have been inseparable ever since. They get along great, but are very different. Dudley is silly and social while Destiny is more independent and sassy. 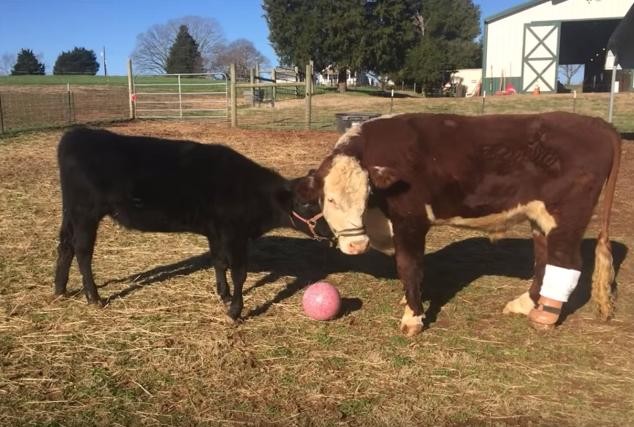 But their first meeting was like a fairytale. Dudley was standing there in the distance while they opened the trailer to let Destiny out for the first time. She was very nervous, but Dudley called out to her as if he was telling her that everything is okay. She walked straight to him and they began nuzzling each other. 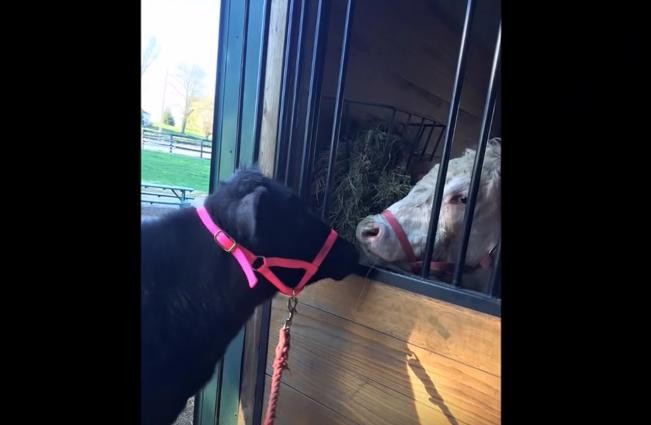 They have stalls across from each other, and are always talking together. They do everything together from playing and sleeping to grazing and grooming. Since they love each other so much, the sanctuary will be marrying them this weekend at the barn’s one year anniversary party!

Watch Dudley and Destiny together in the video below: