What you know from seeing this picture is how adorable these little chicks are. But what you don’t know, is that the start to their life had been anything but easy. They were only a day old when they were picked from the hatchery at a poultry farm. Since male chicks don’t lay eggs, they have little value in the egg industry, so they’re commonly gassed to death. 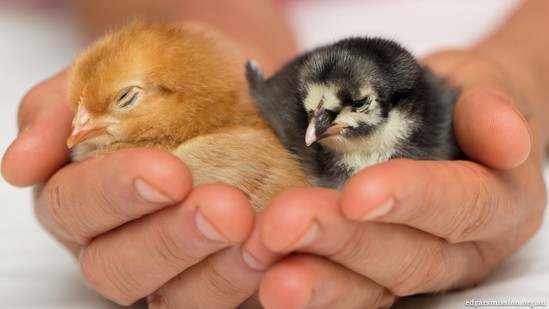 Those two chicks, along with a pile of other male chicks, were gassed with carbon monoxide until they were presumed dead. To make some more money, farm workers froze some of them to sell as snake food. A snake owner bought two of them to feed to his snake. But much to his surprise, when he got home, he realized that these chicks were not dead. 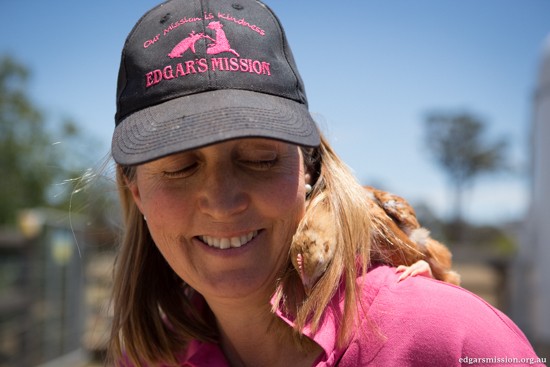 They began to chirp and move so he did the right thing and eventually the chicks wound up at Edgar’s Mission, an animal sanctuary in Victoria, Australia. Unfortunately, one of the chicks passed away right after. The other chick, Red Baron, survived and thrived. Without a mother around or any other chick friends, Red Baron needed extra love and care. 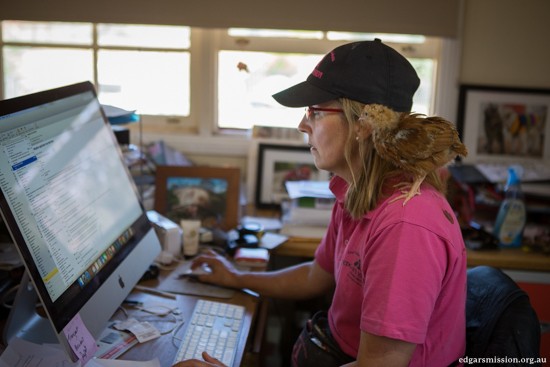 Pam Ahern, founder of Edgar’s Mission, gave him just that. Red Baron hated to be in his carrier and would always continuously chirp until he was taken out. So Ahern would always place him on her shoulder and he would cuddle up to her under her hair. But little did she know, her shoulder would be his favorite spot for months to come. 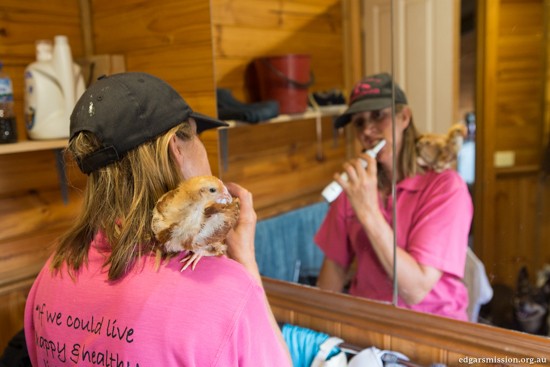 Even as Red Baron grew bigger, he still loved to sit atop her shoulder. No matter where she was or what she was doing, you could always find Red Baron there. From brushing her teeth to riding her bike, Red Baron always joined Ahern. The two of them formed such a close bond and became inseparable. 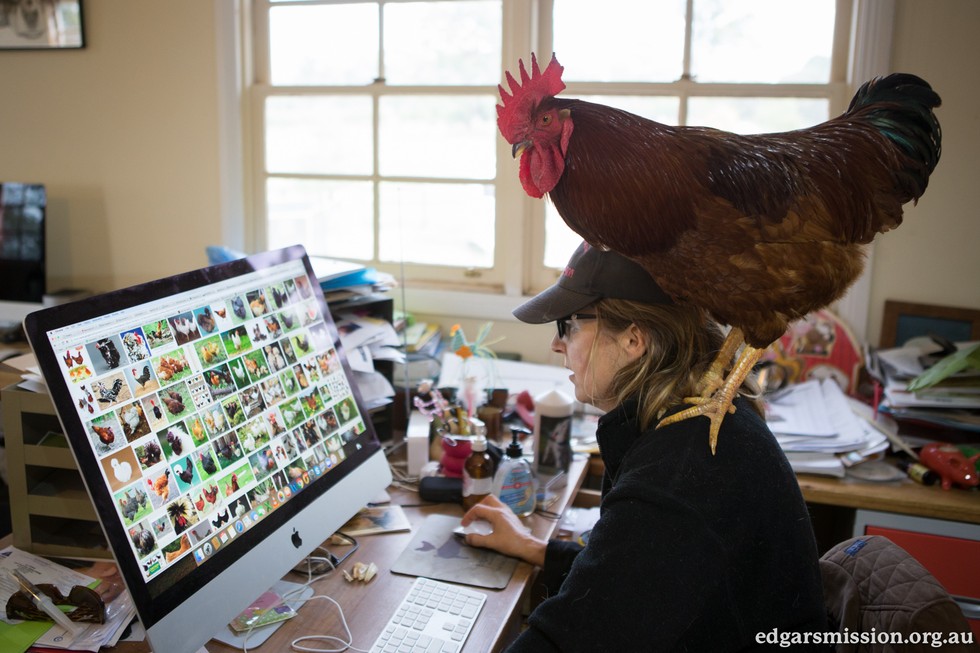 Now, Red Baron is a fully-grown adult rooster, but STILL enjoys sitting on Ahern’s shoulder. Sometimes he even still sits on her head! I think he thinks he’s still small LOL! He has also just learned to crow, and Ahern says that he’s very proud of himself when doing so. 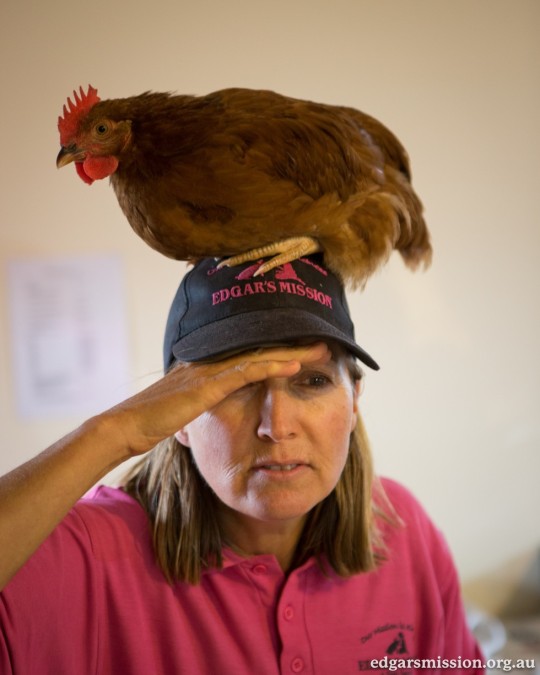 Red Baron is one lucky rooster who mildly escaped horrible fate, but not all chicks are as lucky as him. You can donate to Edgar’s Mission by clicking here to help roosters like Red Baron. 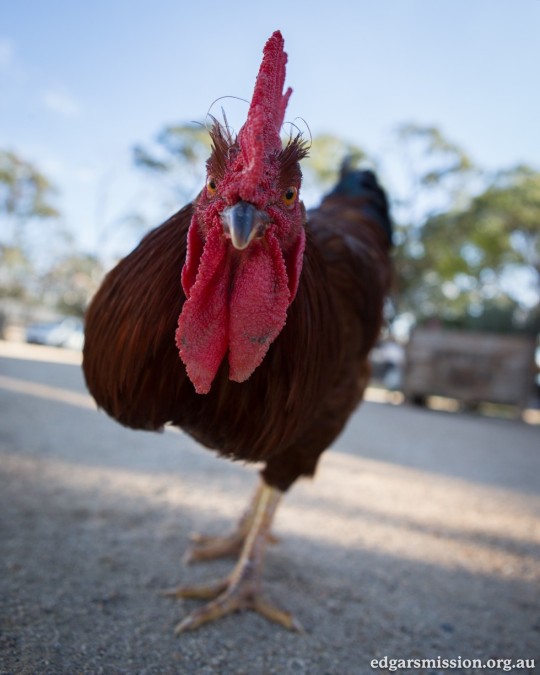