Rescue Cat Peeved When Mom Goes Outside Without Him

Marcus, a feisty feline, was rescued by ‎Kira Pierson three years ago and has completely changed her world – for the better.

Pierson adopted Marcus from Animal Friends Humane Society in Hamilton, Ohio, and every day since has been an adventure. The spirited cat loves looking out the window, naps, food, and being outside. But he hates being left inside when his mom is out.

One day Pierson decided to paint the front door, but laughed out loud when she spotted Marcus glaring at her. 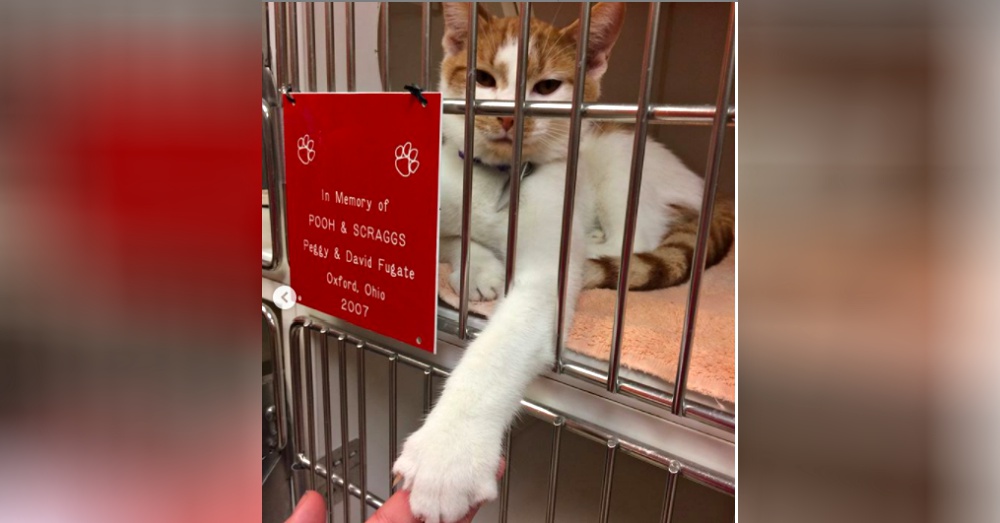 “I was outside painting for about 10 minutes before I noticed him,” Pierson told The Dodo.

She looked up and saw her peeved cat glaring at her through the blinds. Although, Marcus didn’t think it was a laughing matter, Pierson giggled at his adorable mad face.

“My boy Marcus is NOT happy that he’s not allowed outside 😂 he has a catio where he can go outside safely but he’s always asking for more,” posted Pierson with photos of her annoyed cat. 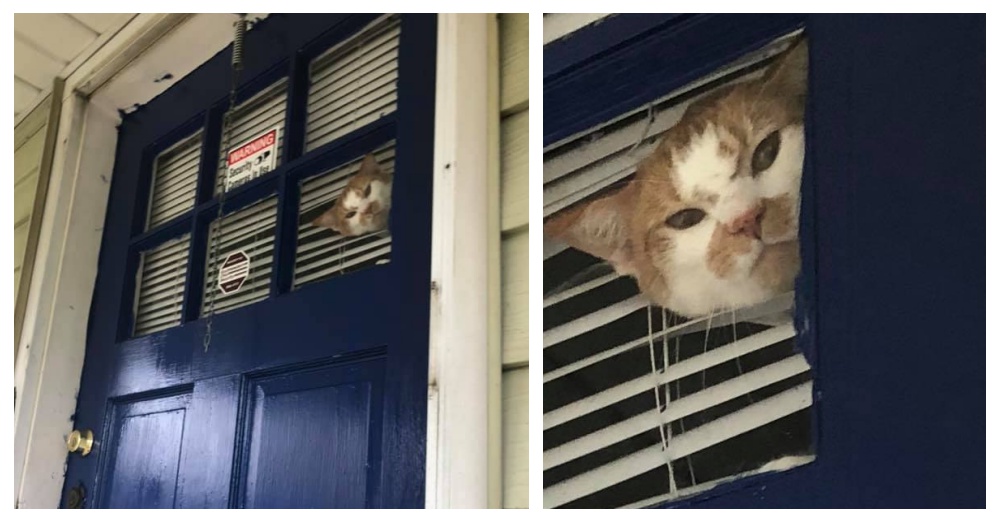 To satisfy Marcus’ love of the outdoors, his loving mom takes him for walks with a harness and leash so he can frolic in the grass and soak up the sun. But just like most cats, Marcus wants to do as he pleases when he pleases.

“He stayed in the window for about three minutes before he decided that he had better things to do,” Pierson said. 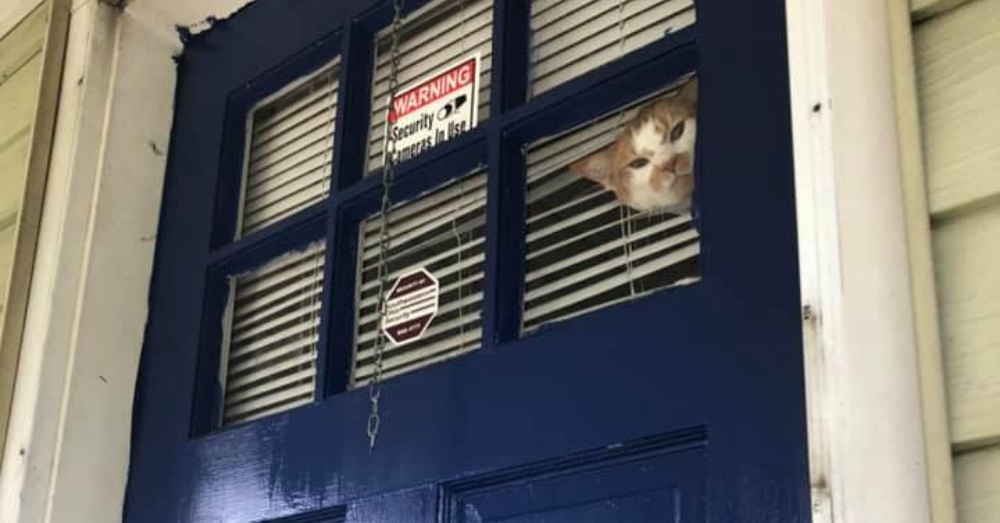 The expressive cat has gone viral and people cannot get enough of his cranky face. One person wrote, “Looks at that stink eye !! LOL.” Another said, “Sleep with one eye open tonight lol.”

Cats may be stubborn and demanding, but life would be so boring without them. Follow Marcus and his five rescue sibling on Instagram for an instant pick-me-up. Don’t forget to share this story with all your friends.