Just like children, cats and dogs usually have a favorite toy that they will pick over all others and are rarely seen without it.

While most cats will forgo expensive toys for a box, one playful feline named Doc loves mouse toys the most.

Melinda Hollyfield adopted Doc from Puurrrfect Paws Rescue, a cat rescue in Tennessee, and knew the moment she met him that he loved to play.

“His cage was a disaster, food everywhere, because he had been attempting to play with his mouse toy in the cage,” Hollyfield told The Dodo. 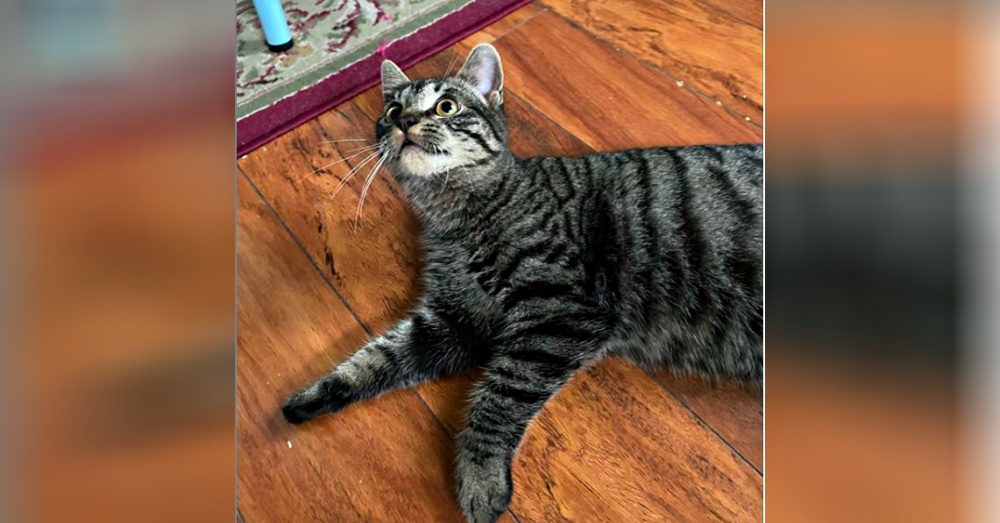 Doc plays with his beloved mouse toys daily, but they cannot stand up to the repeated swats and rough play. Hollyfield finds destroyed mouse toys all over the house, which she tosses in the trash. Doc loves his mouse toys so much that his mom caught him pulling the tattered toys out of the trash. 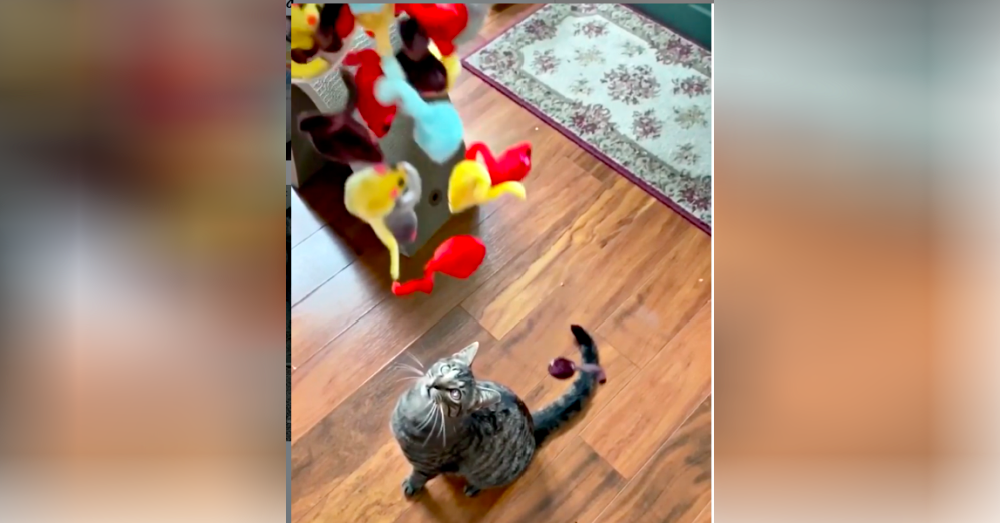 After realizing that Doc was a mouser, at least in toy form, she ordered a box of 60 new mouse toys. When the toys arrived she emptied them into a bowl and then called Doc over. She proceeded to dump all 60 mice on the ground and Doc was overcome with joy.

“He was so overwhelmed,” Hollyfield said. “He had no idea what was happening. He kept looking at one and then another and once they all dropped out, he went wild. I think he sat there and stared at them in disbelief for a minute or so.” 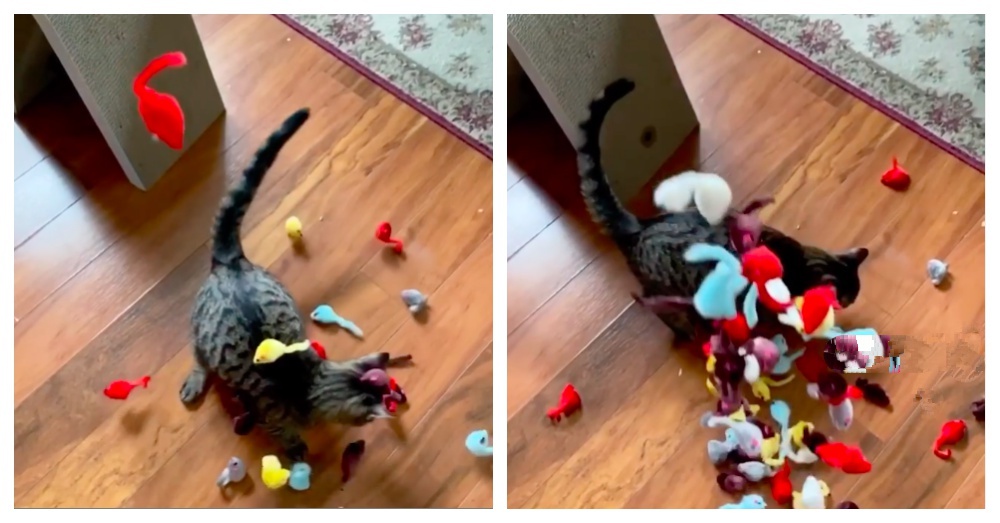 A video was posted on Doc’s Instagram of the amazing moment, which his mom captioned, “When you pull your toys out of the trash your people go to extreme measures!”

When you pull your toys out of the trash your people go to extreme measures! #catsofinstagram #spoiledrotten #kittensofinstagram

Once the initial shock wore off, Hollyfield let Doc pick three mice and put the rest in a drawer to be used as replacements. Thanks to his mom, he will always have a furry mouse to bat around. 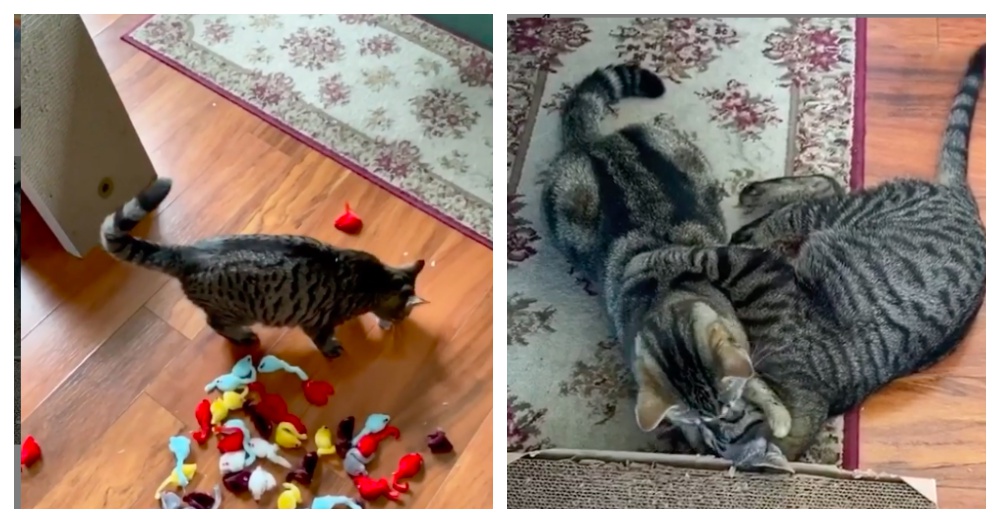 Doc shares him home and on occasion a toy with his feline sister Penelope. Check out his Instagram page to see what other toys he has destroyed and his sweet relationship with his sister.

Shiba Inu Gets Frustrated Playing Hotdog Whack-A-Mole: Click “Next” below!

Dog Loads His Food Bowl Into The Dishwasher By Himself

Reese Witherspoon Recreates One Of Her Iconic Movie PostersWith Her Dog