A stuffed animal and a heartbreaking note accompanied a pit bull puppy named Rene left outside an animal shelter in Michoacan, Mexico.

The note was signed by a 12-year-old boy named Andrés, CNN reports. It said he wanted a better life for his puppy. But, fearing his father’s abusive tendencies, he knew the best thing to do was bring the young pit bull to a place that would keep him safe.

“My name is Andrés and I am 12 years old,” the note reads. “My mom and I decided to leave my dog in your hands, hiding it from my dad because he is thinking about selling him. But he mistreats and kicks him. One day he kicked him so hard that he hurt his tail. I hope you can help and take care of him.

“I left him a stuffed animal so he won’t forget me.” 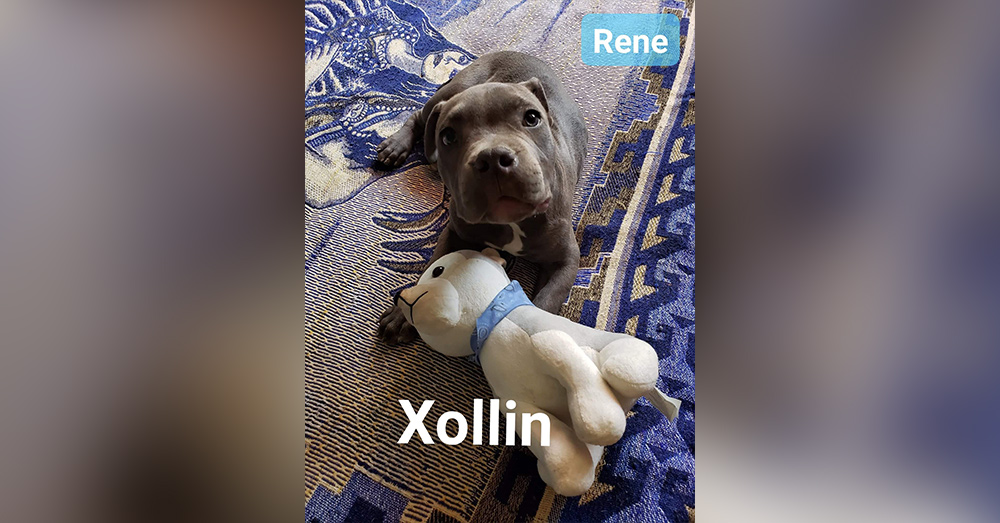 Source: Facebook/Xollin
The young boy left his puppy a stuffed animal, hoping the dog would not forget him.

At Refugio Xollin, Rene will be kept safe and given the care he needs to recover until he is adopted into a new home, and that day may arrive very soon. As quickly as the story was shared on Facebook, hundreds of hopeful pet parents from all over Mexico contacted the shelter, hoping to take Rene home.

“If everyone opened their heart and their home like this little dog, they would have adopted all our dogs from the shelter,” Xollin posted, reminding their followers that they may have around 120 other lovable animals at any given time.

“Prayers for the little boy & anyone who is helpless against the man beater! Beautiful dog & I know this little boy loved his dog enough to want it to have a better life!” Wrote Debby Mills. 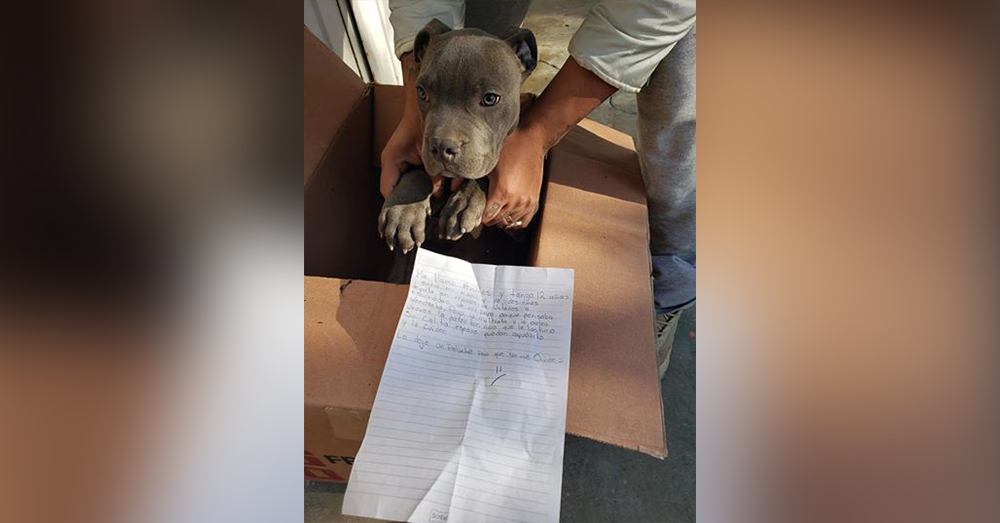 Source: Facebook/Xollin
The pit bull puppy was accompanied by a note from the 12-year-old.

“How I wish this little boy could know his baby is safe now and how brave and generous of him to think of the puppy first. I wish I could hug this little boy – and pray his father changes. Father may be overwhelmed – which is not to excuse his cruelty. 😭😭🤬,” wrote Carolyn Gray.

Many commenters expressed further concern for the boy’s environment, and potential abuse from his father. It’s unclear if that situation will change for the better, or at all, as the incident has not resulted in any criminal charges, and the family has not been heard from since dropping off the dog.

Rene, on the other hand, has been given a clean bill of health from Refugio Xollin. As his tail heals and his story makes its way around the internet, there’s little doubt that this puppy will be placed in a caring new forever home soon.