It is Save the Elephant Day and Betty is in desperate need of your help.

All circus animals live in horrible conditions and are usually beaten into submission. Elephants are the largest land animals that would normally roam up to 40 miles a day. However, circus elephants are chained down and forced to perform tricks or rides to families – or else they face the bull hook.

More and more countries and states are banning wild animals in circuses. There is no quality of life for the animals and animal abuse is not entertainment. However, there are still operating circuses that have wild animals and for them the torture continues. 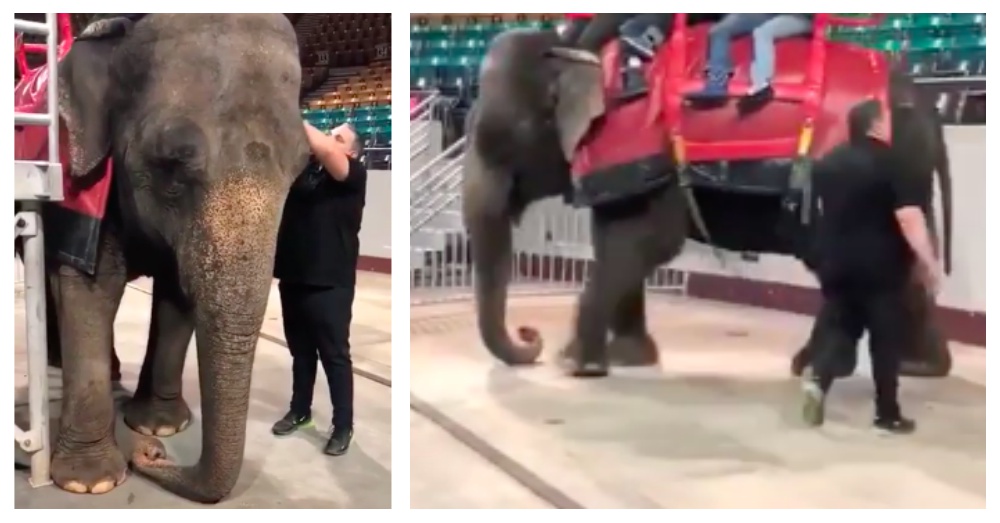 Betty, an Asian elephant is captive with Carden Circus and owner Larry Carden.

A heartbreaking video of Betty forced to give rides at Garden Bros Circus in Denver, Colorado featured the depressed and hopeless elephant with her limp trunk dragging on the ground. From the looks of it, the trunk is paralyzed likely due to trauma. 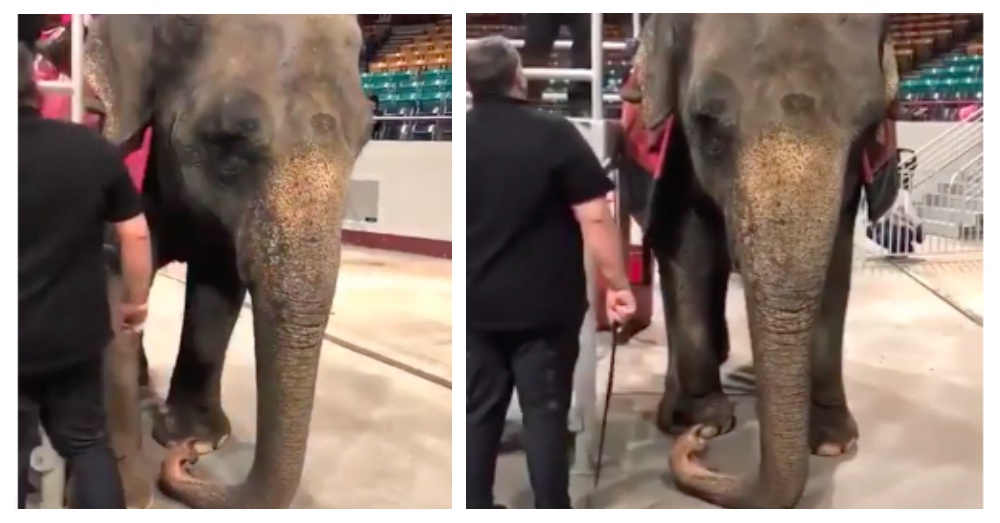 Her legs are stiff and she is likely suffering from joint pain and possible arthritis. However, this does not stop her cruel owner from forcing her to give rides to families in a small circle. Carden carries a bull hook to inflict pain on Betty if she does not perform.

Carden is not afraid to use the inhumane bull hook. In Atlanta, he was cited for violating an animal cruelty law, “when he used a bull hook on a frightened elephant, forcefully inserted in their mouth and dragged them off the stage.” 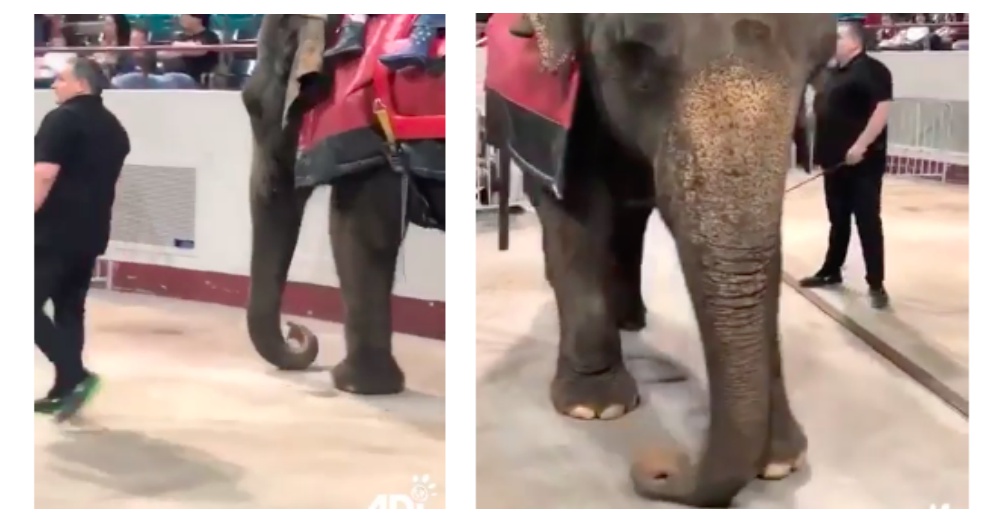 Dr Jan Schmidt-Burbach, Global Wildlife and veterinary adviser at World Animal Protection (WAP), told BBC in 2017, “The cruel trend of elephants used for rides and shows is growing – we want tourists to know that many of these elephants are taken from their mothers as babies, forced to endure harsh training and suffer poor living conditions throughout their life.”

This sad story is just one of thousands and why all wild animals should be banned in circuses around the world. In 2016, Trip Advisor stopped selling tickets for wildlife experience, including elephant rides. You can help by not riding elephants and by signing this petition by Care2 to tend to Betty’s medical needs and send her to a sanctuary.

Watch the heartbreaking video below of Betty being forced to give rides to people.