Golden Retrievers are known for being lively goofballs. They have the energy to tire their humans out day after day, and are some of the most intelligent and kind dogs around. It’s no wonder they are one of the most popular dog breeds in the U.S.

A Short History of Golden Retrievers

The first Golden retrievers were originally bred by Lord Tweedmouth, also known as Dudley Coutts Marjoribanks, in the late 19th century as hunting dogs and for retrieving small game. Golden Retrievers have since been trained to assist professionals in tracking and sniffing out drugs. Their demeanor suits them well to therapy work as well.

Today, there are Golden retrievers up for rehoming and adoption at foster homes and animal shelters across the U.S. and the rest of the world. They are one of the most common breeds in the Western Hemisphere, yet sadly not all of them are lucky enough to have homes.

If you are considering bringing a Golden retriever into your home, whether adopting one from a shelter or rescue near you, or rehoming a dog from someone else you trust, you should be prepared. Here are a few patterns of behavior you would be aware of: 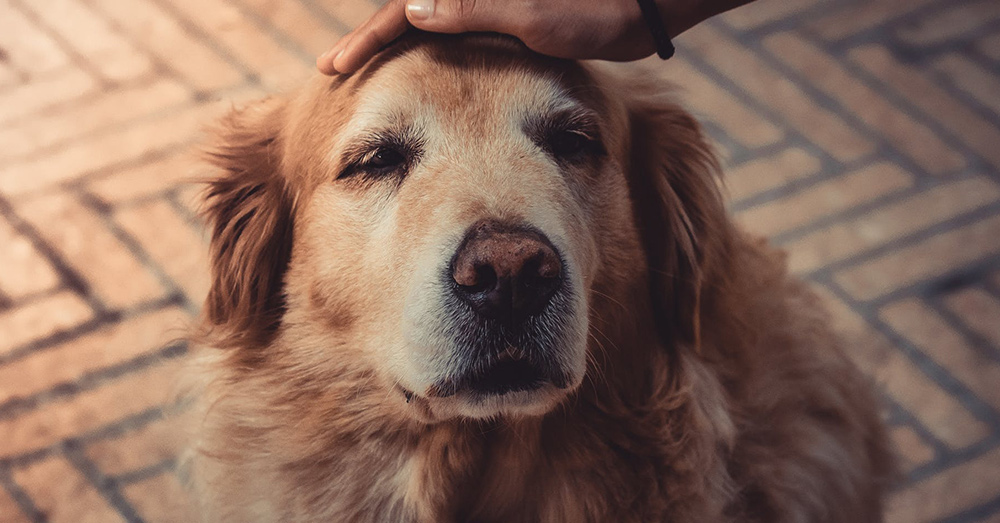 10. Goldens have a lot of energy

Golden Retrievers were initially bred as hunting dogs. They have the energy to sustain long runs and hikes, and need at least an hour of exercise every day. You can split this up into half-hour segments or shorter, but it’s important that a golden gets their daily workout. Go a day without and you may find your dog running wild indoors. 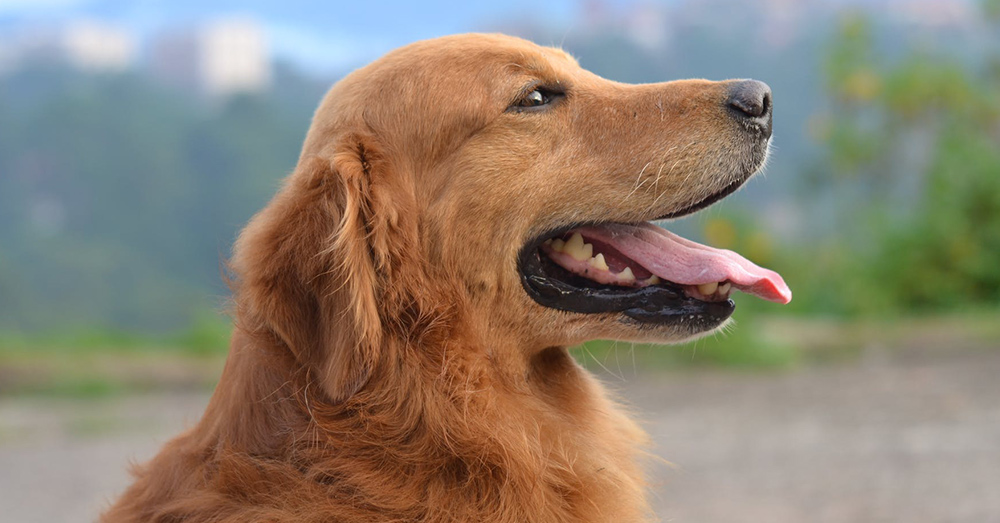 Source: Pexels
Be prepared to exercise your Golden retriever daily.

9. Golden Retrievers were Born to Fetch

“I remember sitting on a footbridge one summer with my first Golden, Duke,” writes a columnist at PetHelpful. “I was dangling my feet over the side, and not surprisingly, my sandal fell off and dropped into the creek below. Before I even realized what had happened, Duke stood up, trotted down the stone steps, waded into the creek, collected my sandal, and brought it back to me. When our eyes met, it was clear that Duke and I were equally surprised by his actions. It’s just one of those moments where you realize, as a retriever, these dogs were born to fetch.”

Goldens are great at carrying things in their mouths without clamping down hard, but watch that this doesn’t lead to chewing where it’s not appropriate. Training and plenty of toys will help avoid that issue. 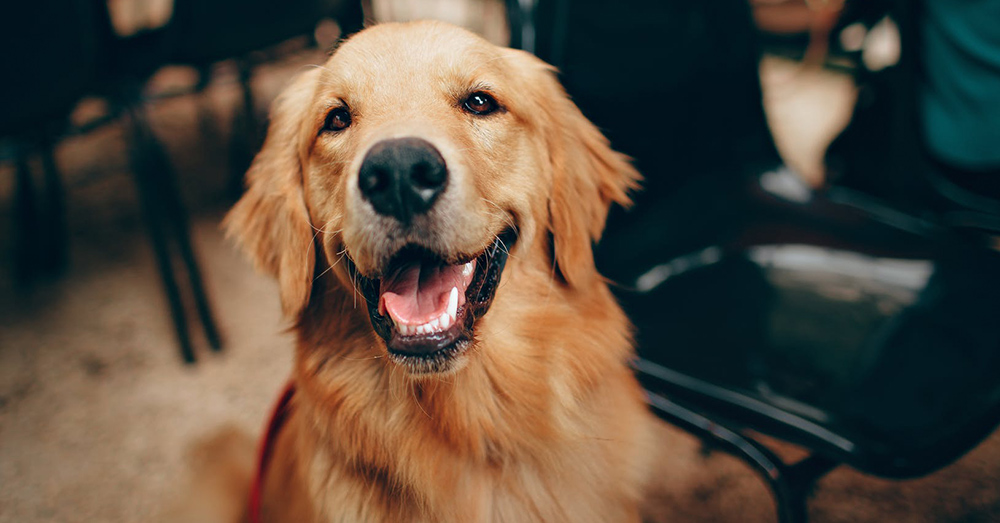 Source: Pexels
Golden retrievers are often easily distracted, and may run after other animals.

Goldens are kind and curious dogs, but give them an inch and they may bolt for the nearest squirrel.

According to Golden Retriever Rescue of Mid-Florida, “You may have visions of letting your dog play fetch in an open field or running free on the beach. As a sporting dog they are easily distracted by birds, animals or moving objects; they must be kept leashed when being exercised outside of a fenced yard to keep them from running off. 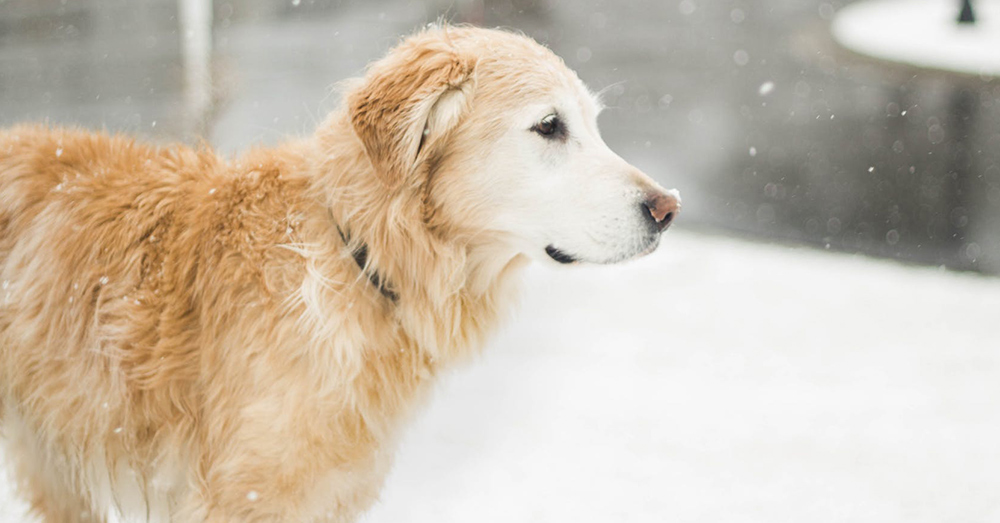 Source: Pexels
In the spring and fall, Golden retrievers shed their outer coats.

Golden Retrievers basically have two coats of fur, a downy undercoat and an oily, waterproof outer coat. This helps them thrive in the winter snow as well as splashing at the beach. However, they also shed their outer coats twice a year, leaving hair everywhere during the spring and fall.

A golden’s undercoat will adapt to the local climate, which could mean more or less shedding. According to Totally Goldens, “As a general rule, the hotter the place you live, the more your golden retriever will shed as they need less hair to stay warm.” 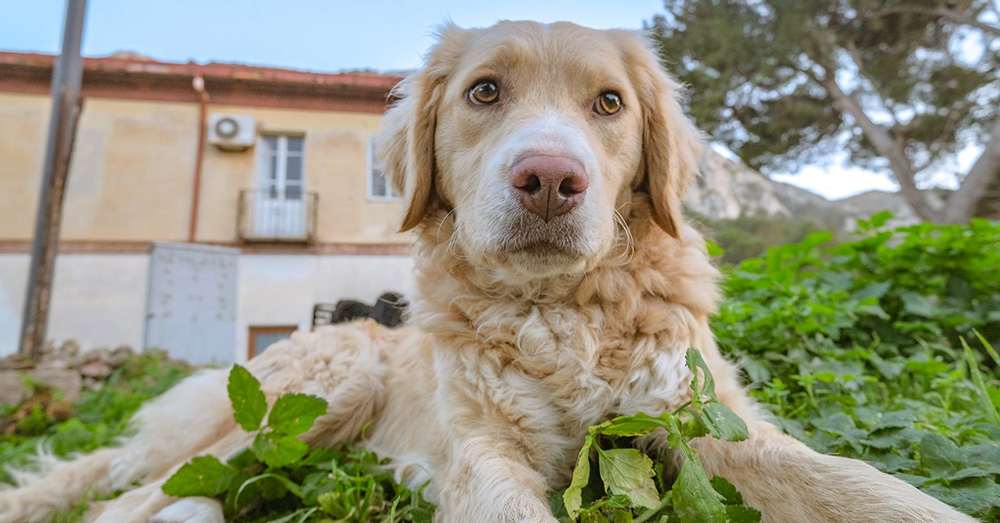 Source: Pexels
Golden retrievers are notorious for tramping through gardens.

Give them a chance and a golden will eat anything in your house. They also have a hard time setting limits, so don’t leave out more food than your golden needs, and keep feedings to a strict schedule very day.

“Goldens are prone to obesity and joint problems, which can only be exacerbated with an inadequate feeding plan,” reports Totally Goldens.

To encourage proper growth and development, a golden needs between 1,300 and 1,700 calories a day. These dogs will reach their adult height and weight between 12 and 18 months old. Until then, their dietary needs may change dramatically. Check with your veterinarian to get the best advice on how to feed your golden. 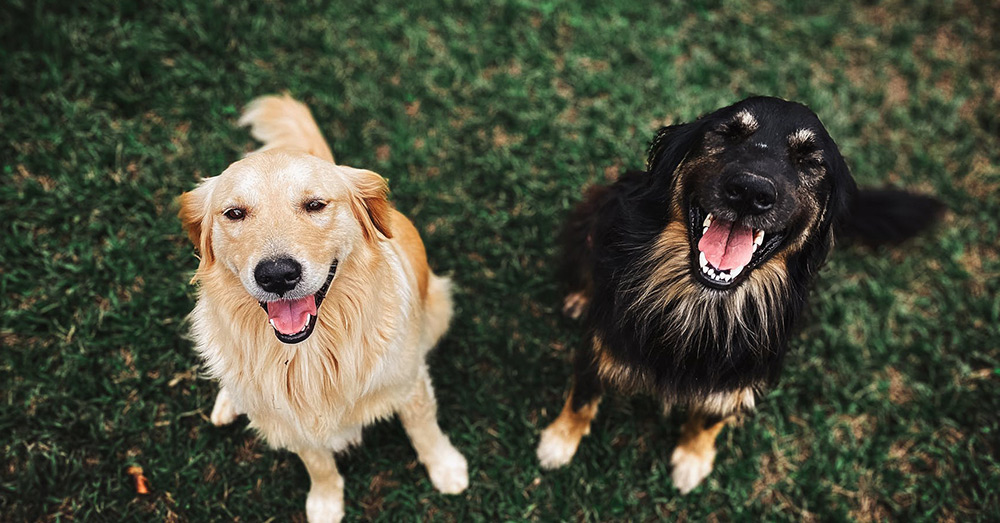 As sociable dogs, Golden retrievers are typically eager to meet and play with other dogs and humans they come across on walks or at the park. It’s not uncommon to feel the leash yank when a potential friend passes by.

According to Animal Friends, “Golden Retrievers are very loving dogs with a huge sense of loyalty to their owner, but as worriers, are much too friendly to protect your home. So, while they may bark in the case of an intruder, this is most likely to be the extent of their actions.” 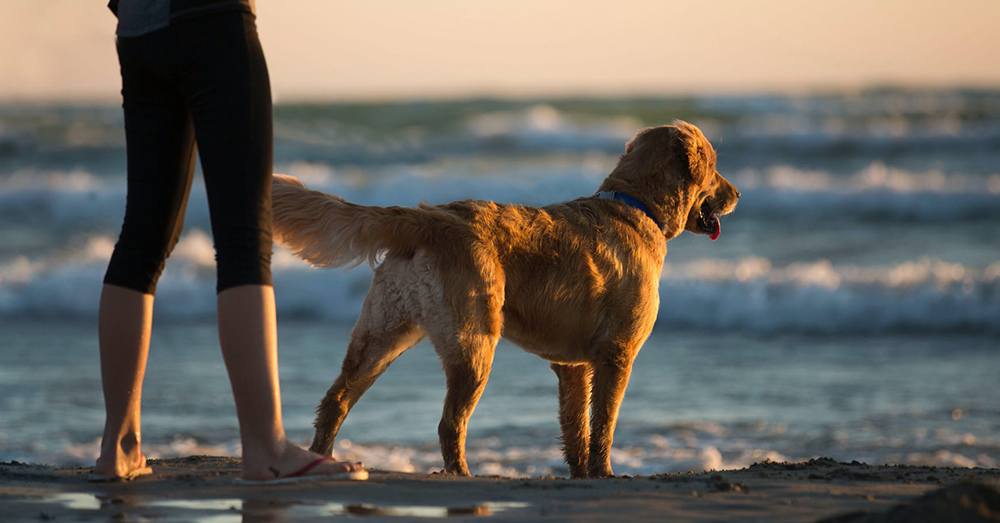 Golden retrievers were originally bred to weather the forests and swamps of Scotland. Though you may not find yourself hunting in the highlands any time soon, your Golden likely still appreciates the feeling of splashing through cool water, and shaking it off in an explosive mist.

“Regular trips to a nearby beach for a game of fetch and the chance to swim will almost certainly be appreciated by your Golden,” reports PetHelpful. “If regular trips to the beach aren’t possible, consider purchasing a hard plastic kiddie pool or even a sprinkler for your golden to play in. Not only does this play to their love for water, but it can also help keep them cool in the summer.” 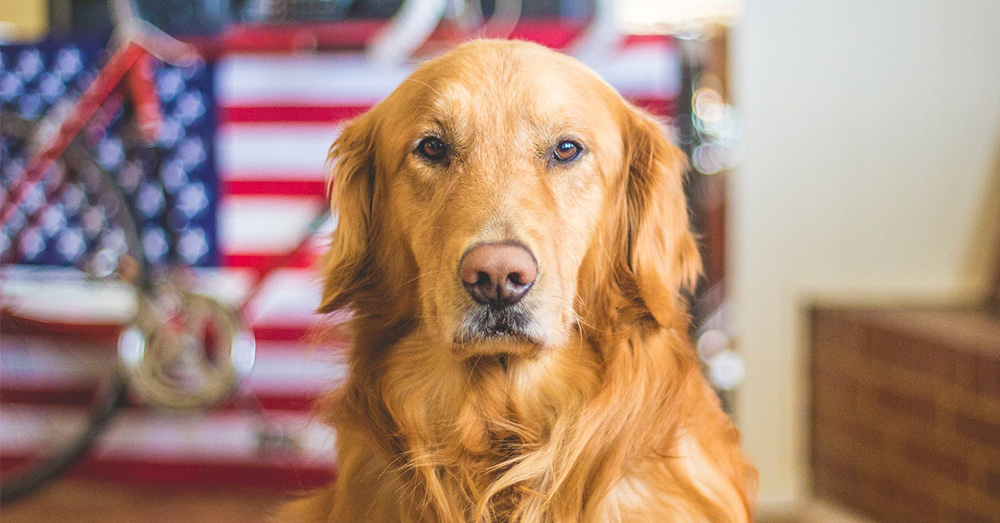 Golden retrievers are hearty and healthy dogs, and like many other dogs can occasional suffer from common diseases like ear infection or gastrointestinal issues. They can also fall victim to some unique conditions prompted by food, naturally-concurring allergens and synthetic chemicals.

Skin allergies, for example, are more commonly seen in Golden retrievers than other diseases. A dog with such allergies may scratch vigorously, to the point of redness and scabbing.

“Goldens are prone to allergies, skin problems, cancer and hypothyroidism and you may have to spend a fair amount on vet care over the life of a golden,” reports MSN. “Common inherited health issues are hip dysplasia, elbow dysplasia, various eye problems and heart disease.” 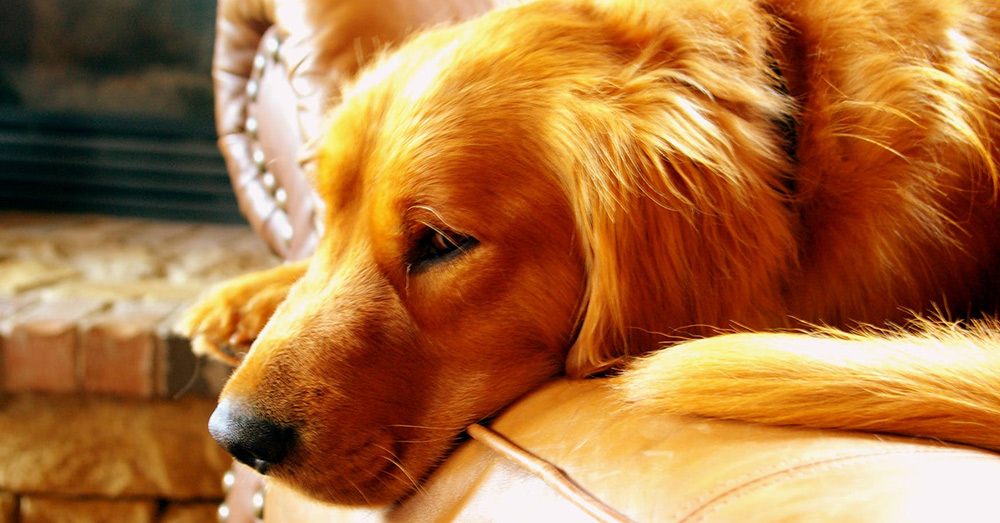 Source: Pexels
Golden retrievers do not like being left alone for extended periods of time.

Golden retrievers love being around their friends. They are loyal, kind, and they make great family pets. Leave them on their own for an extended period, however, and a Golden can get anxious.

“Leaving your Golden by herself all day will only make her suffer, which in time can generate depression, separation anxiety, and in some cases destructive behavior,” reports Animalso. “Hiring a pet walker or taking your Golden to dog care during the day can help, but none of these solutions replaces your presence. Only buy or adopt one of these dogs if you or other family members have time to play with her every day.” 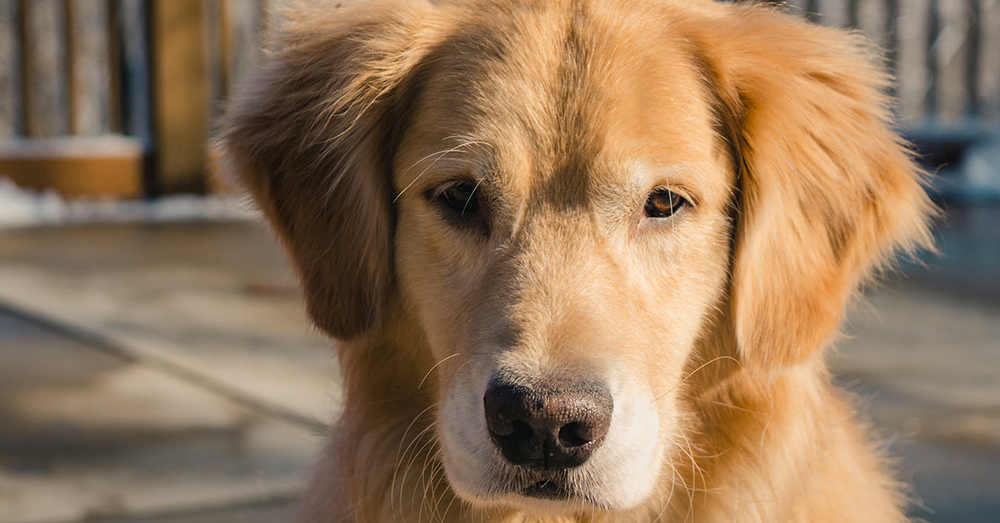 1. Golden retrievers are Easy to Train

Golden retrievers are highly intelligent dogs. Originally bred as hunting dogs in the 19th Century, today Golden retrievers assist search and rescue teams, guide blind people in and outside their homes, and serve as therapy dogs across the world.

They are quick learners, and given enough time together with regular routines, your Golden can learn to accomplish a variety of tasks. But that doesn’t mean it’s going to be easy.

“While a Golden’s intelligence does tend to make them quick learners, it does not necessarily make the breed easier to raise,” reports Pet Helpful. “A Golden’s mind must be properly stimulated. Mental stimulation is just as important as physical exercise and can be achieved through sport, obedience, games, or puzzle toys.”

Learn more about bring a new Golden home in the video below.