Lamb Was Rejected By Her Mom For Being The Runt, Then Humans Left Her There To Suffer

Regina the lamb was born on November 6 into a high school agriculture program. She was a triplet, and unfortunately the runt of the three. Sadly, since she was the weakest, her mom wound up rejecting her and would not allow her to nurse.

Despite her not being able to eat, she was left there with her mother and siblings. The breeding program that she was born into, taught the importance of getting lambs to latch, so the students bottle-fed Regina only on occasion, in the hopes that Regina would eventually latch on to her mother. But she never did. 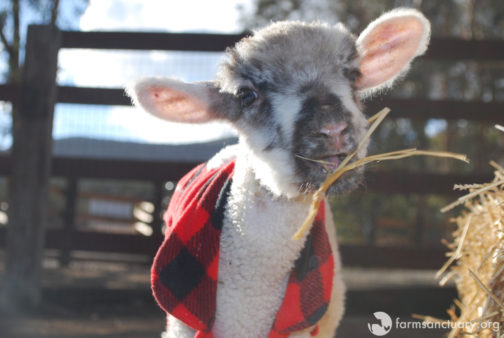 The students also banded Regina’s tail, which is when you place a rubber band at the base of the tail to cut off the blood supply, causing it to fall off in seven to ten days. This causes pain, but is a procedure that’s usually performed without anesthesia. Though this tail-docking is not necessary, it usually isn’t too bad for a normal, healthy lamb. But for Regina, who was fighting to survive to begin with, this just made matters worse. 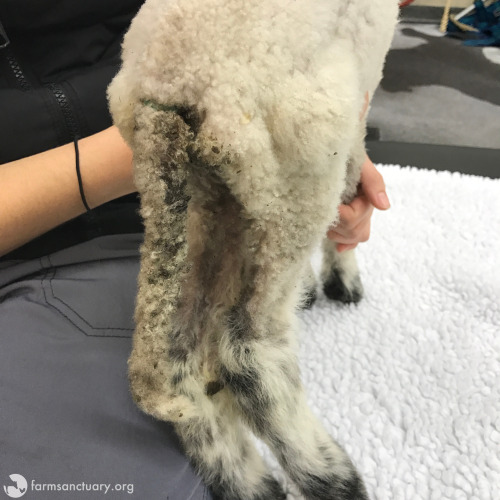 Regina spent the following week struggling to survive in that enclosure, amongst so many sheep and lambs who refused to accept her. But the situation became even worse when Regina broke her back right leg. They believe her mother broke it by kicking her away when rejecting her, while she was so desperately trying to get food. 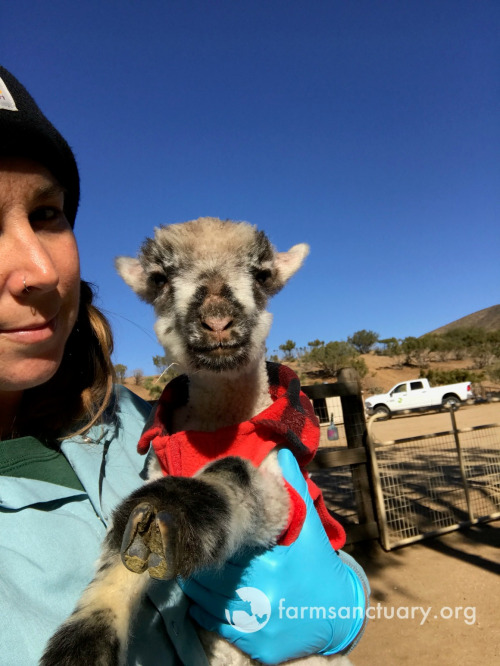 Instead of helping Regina, the people who ran the program continued to leave her there. She hobbled around for the next two weeks, suffering with immense pain. Then, the school program’s administrator decided that it’d be best to euthanize Regina. Finally, a parent of a student in the program heard about this and knew they had to save her. That’s when the parent called Farm Sanctuary, a safe haven for rescued animals. 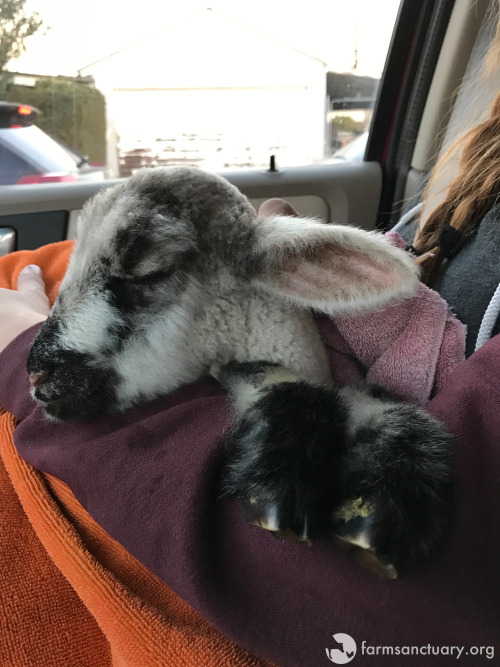 Staff from Farm Sanctuary drove two hours to rescue Regina, who was in horrible shape. They brought her to an animal hospital where she was thoroughly examined. Aside from her obvious injuries, Regina was severely underweight, weighing just 4.4 pounds, which is smaller than most large-breed lambs weigh when they’re first born. 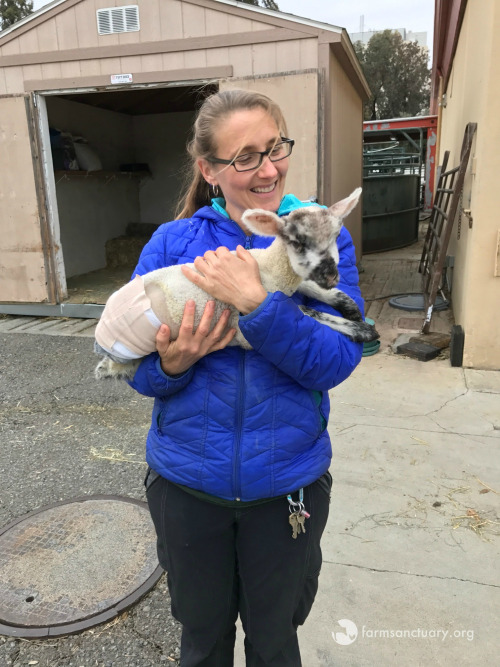