A Rare Red Squirrel Fell Off A Building And Was Left To Die. But His New Life Is Picture Perfect!

This little red squirrel fell four stories from a building in Denmark when he was only four weeks old. He suffered a bad chest wound from the fall and was abandoned by his mother. Luckily, Decan Anderson spotted the little guy and immediately got him help. 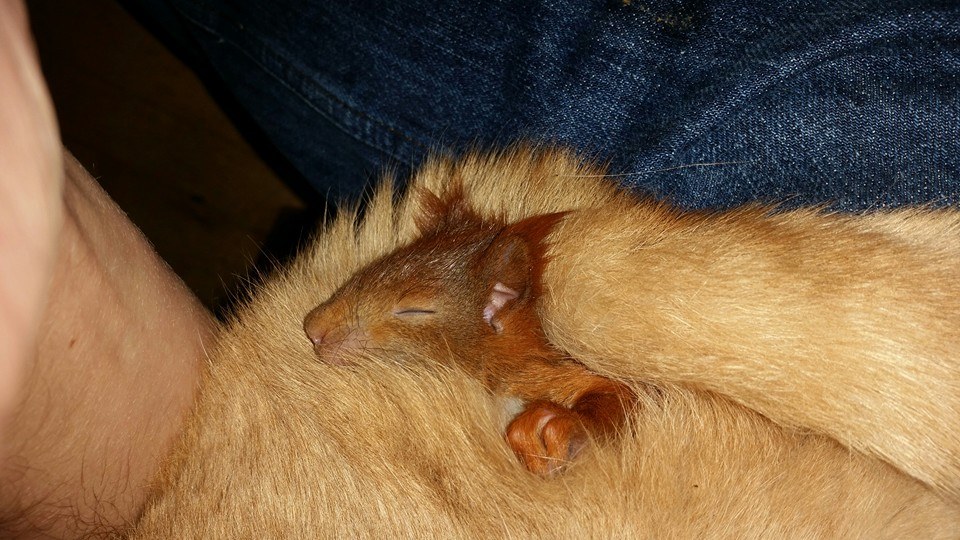 He brought him to the vet, who took care of his wounds. To prevent him from scratching and irritating his cuts, they made him tiny shirts out of socks. 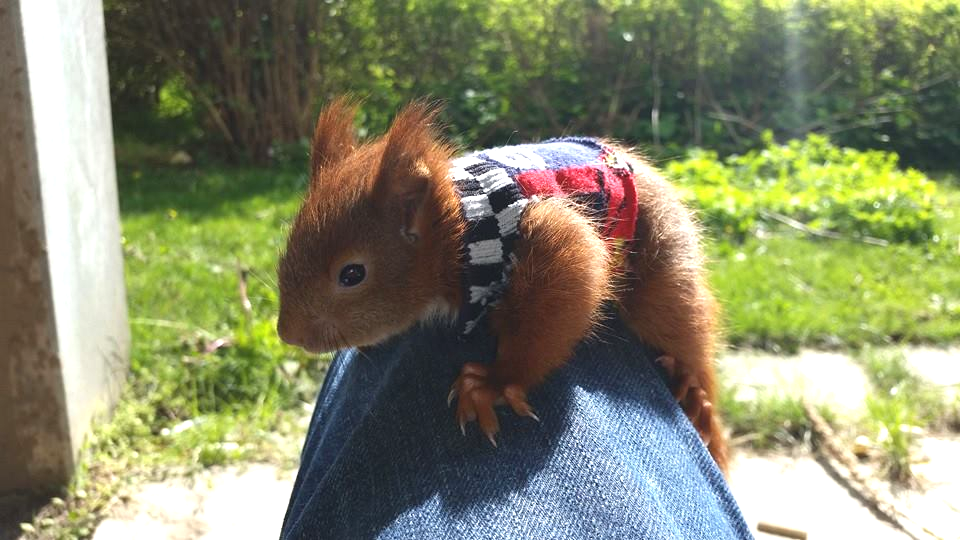 While he was recovering, the squirrel, who he named TinTin, spent a lot of time cuddling with Andersons’ cat, Coco. Coco seemed to understand the situation and would wash, clean, and snuggle with him to warm him up. 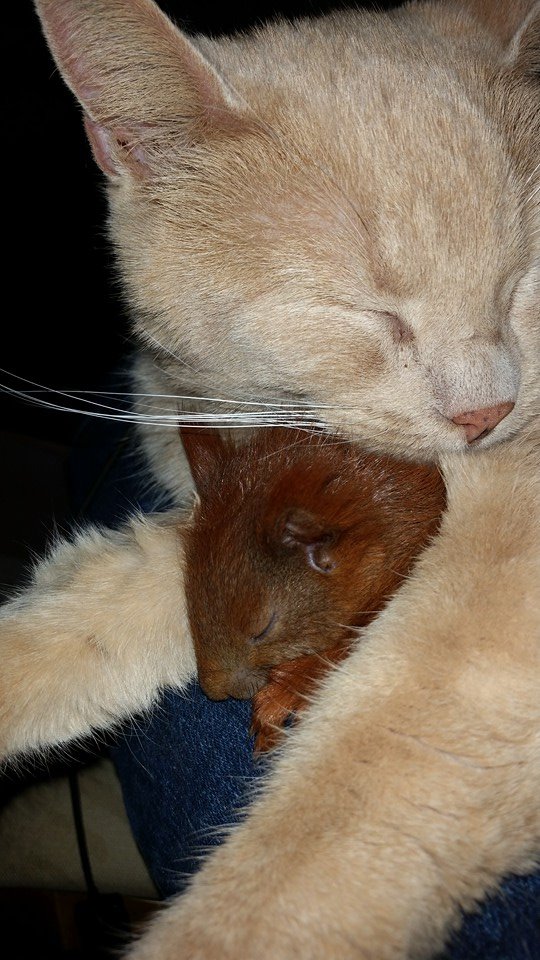 After he was all better, TinTin was unable to be released back into the wild since he had spent too much time with humans. The red squirrel is an endangered species in many countries, making it illegal to have them as pets. But since TinTin has unique circumstances, Anderson was given permission from the Danish wildlife preservation to adopt him. 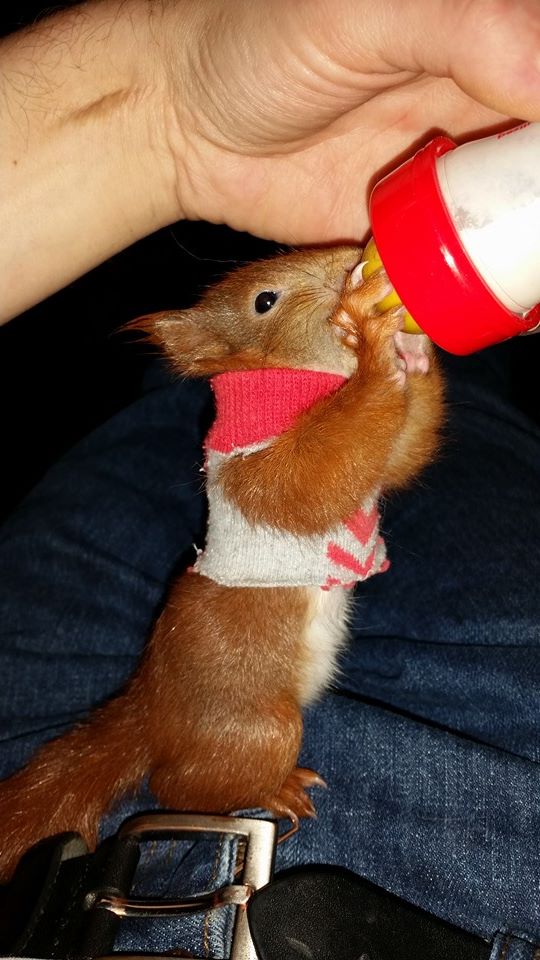 Anderson and TinTin have grown extremely close and are now the best of friends. They go everywhere and do everything together. He loves going for walks and regularly visits the forest nearby. He also loves belly rubs, cuddling, playing with his cat siblings, as well as playing with his toys. 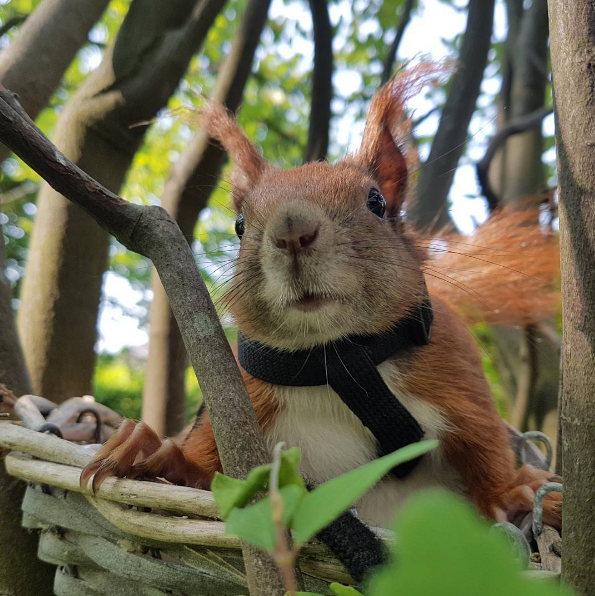 Since many pet stores don’t have nuts in shells or pine cones, they collect a big stash a few times a week. Aside from nuts, TinTin also enjoys eating rabbit food, corns, lettuce, and tomatoes to name a few. 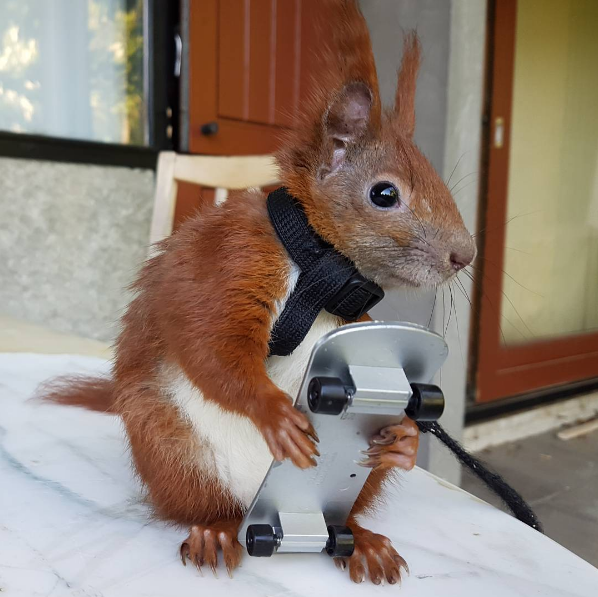 TinTin has also become quite the internet celebrity, receiving gifts from fans and racking up over 29k followers on his Instagram page. Be sure to follow him!