Concerned citizens in Florida reached out to the Lee County Sheriff’s Office concerning a Pit Bull on the loose. The neighborhood was understandably concerned about the safety of their children, fearing the dog was dangerous.

Deputy Mark Elsaid was already on the scene and spotted the ‘dangerous’ dog. Turned out, the scary Pit Bull, named Red, was just dangerously lonely! As the officer rolled his window down, the pup greeted him as if to say ” HI! Let’s be friends!” 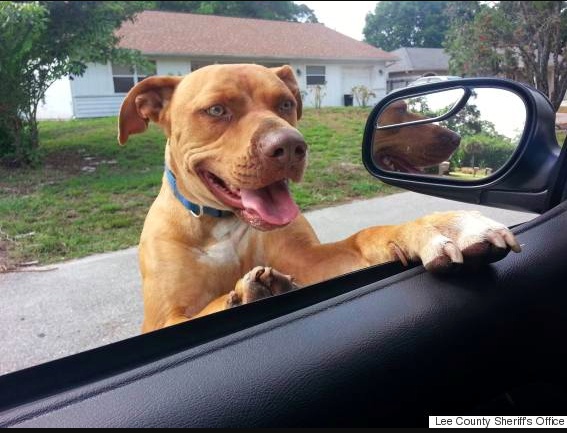 Red had gotten out of his gate and was pretty harmless. Well, if you count wanting to lick you to death as harmful then I guess he was a serious threat. 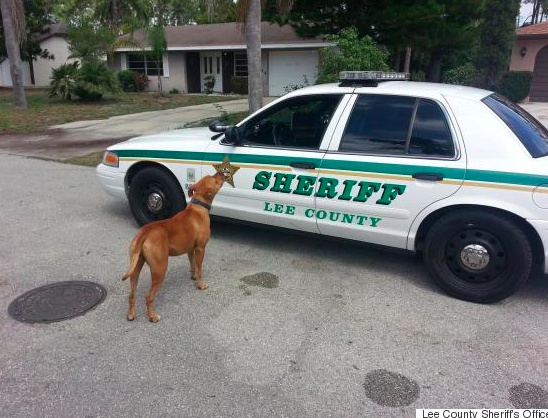 Sadly, the stereotype of the breed, clouded judgement. If a Yellow Lab was on the loose, would the response be a any different? How about a small terrier?

The importance of sharing the story is NOT to suggest approaching any dog on the loose. But to put things in perspective. Red was returned to his human and the neighborhood went back to normal.