Extreme Heat In Australia Is Taking Its Toll On Wild Horses

While the Midwest is in a deep freeze, Australia is also experiencing extreme weather, but it is extreme heat. The past month has broken heat records. The scorching weather has dried up many watering holes and killed dozens of wild horses in Central Australia, known as “the Red Centre”.

A horrifying site was encountered by Ralph Turner when he went to Deep Hole, a popular watering hole for wildlife. Over the past few weeks, the Red Centre had consistent temperatures above 107 degrees. Turner stumbled upon the bodies of dozens of wild horses, known as brumbies, where water had once run. 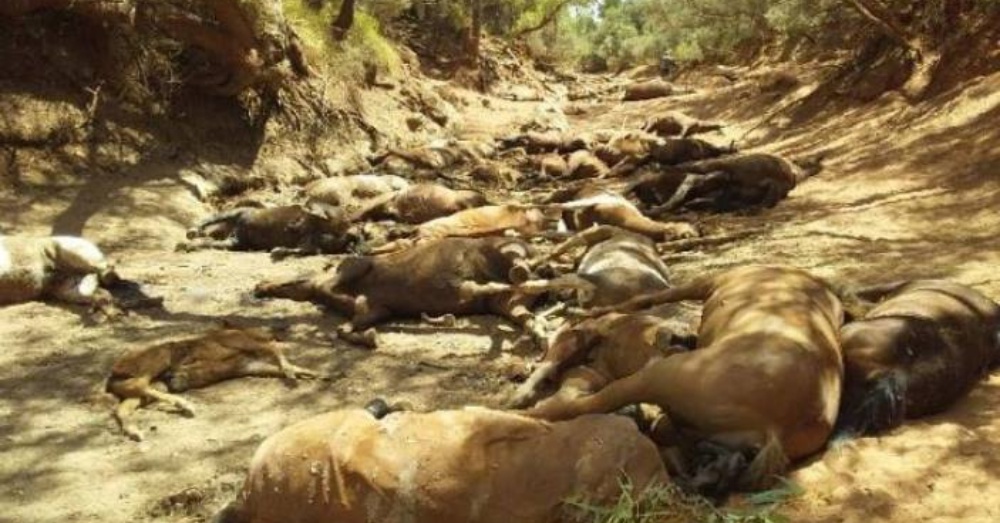 The brumbies had wandered there in attempt to avoid the heat and rehydrate, but the water had dried up. Turner told ABC News Australia, “I just couldn’t believe something like that happened out here, first time it happened like that.”

The heat is expected to continue, threatening the lives of more wild life. Local officials warn pet owners of the risk of heat stroke and to take extra precautions with their pets.

Some locals and official are calling for an emergency cull of brumbies. David Ross, director of Central Land Council (CLC), released a statement saying, “With climate change well and truly upon us, we expect these emergencies to occur with increasing frequency and nobody is truly prepared and resourced to respond to them.” 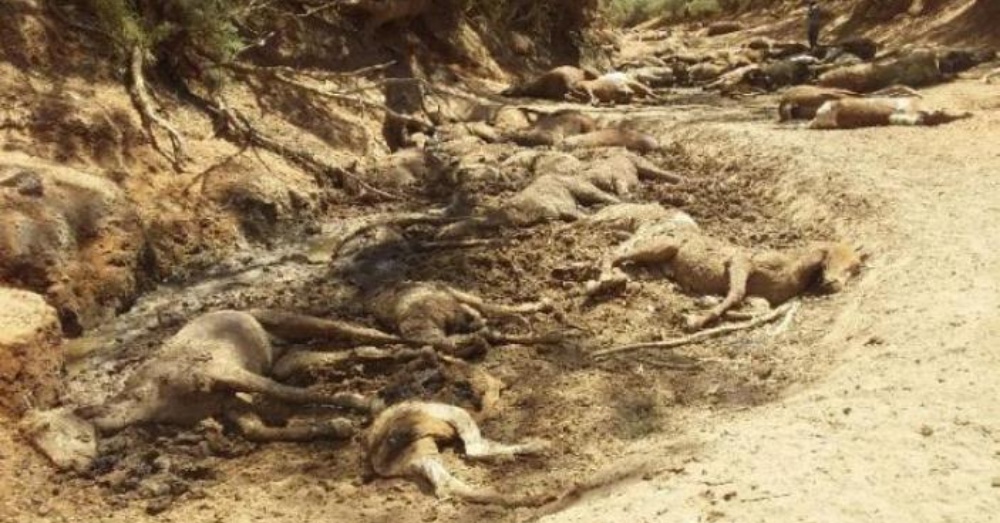 In the statement, the CLC confirmed that they found 90 dead and dying horses at the waterhole and they culled 50 more at Santa Teresa.

Alice Springs Community Forum posted on Facebook, “The family of wild horses, including Orreea (Stallions), Marla (Mares), and Ambaa-Agooga (Foals) are likely to have perished from dehydration accompanied by the overwhelming heat.” 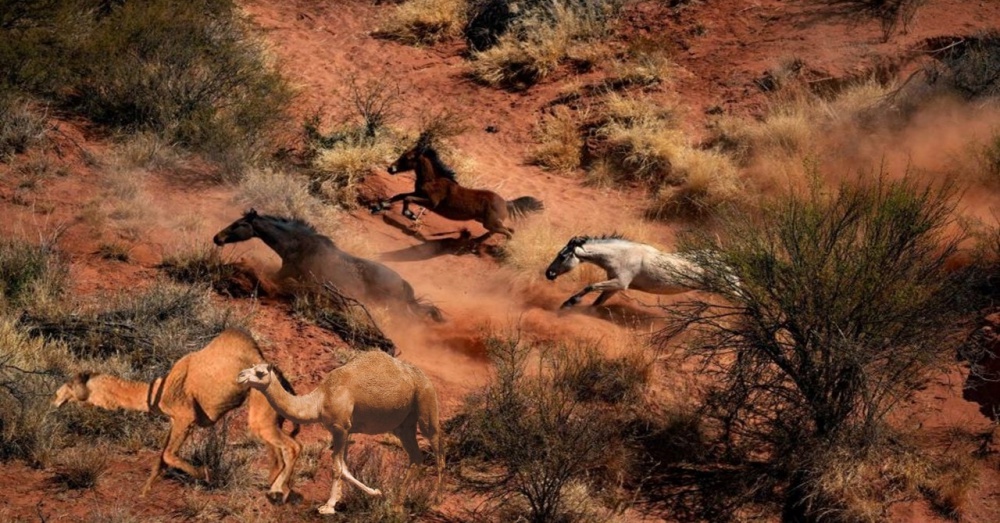 They went on to say, “The prospect of any living creatures perishing in this way has left many locals devastated. All feral animals need to be managed with effective strategies to minimize their impact on the environment and to alleviate any suffering.”

Brumbies are not the only feral animals impacted by the Red Centre heatwave. Mr Turner recalls hearing about a mass death of camels near the border community of Docker River.

The heatwave continues with no end in sight. Hopefully, it will rain soon.

Proposed Law Would Make Animal Cruelty A Felony: Click “Next” below!