If you’ve ever noticed angry, red circles on your dog’s stomach, then your first reaction would be to rush them to the vet’s – and rightly so. However, it turns out that they may not be as bad as you might initially think.

A while back, the Morinville Veterinary Clinic based in Alberta, Canada, shared a message regarding a common affliction to their Facebook page in order to reassure worried pet owners.

“We are getting more and more phone calls about red bites on your dog’s stomach,” the post read. “These are a type of fly bite, and dogs generally get them from laying in the grass. They look terrible, but usually do not bother the dogs. They heal quickly on their own and do not require any treatment. These flies are usually around for a few weeks every spring and then go away. We hope this eases any worry that you may have had about your own dog!” 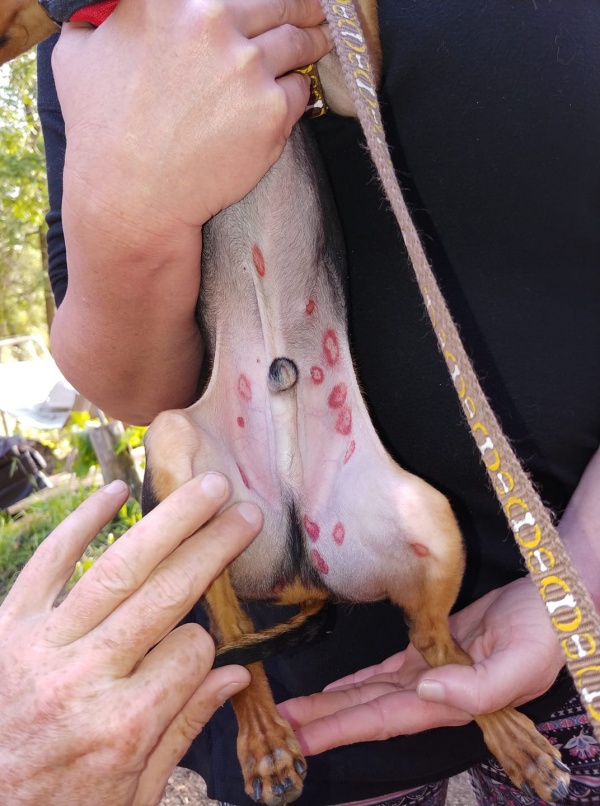 The post quickly went viral as loads of Facebook users bonded over finding similar bites on their pets. They also expressed relief that they were spared a big vet bill.

“Thank you for the information. I was just getting ready to run out to the vet and spend a good $200 I really don’t have,” one person wrote. 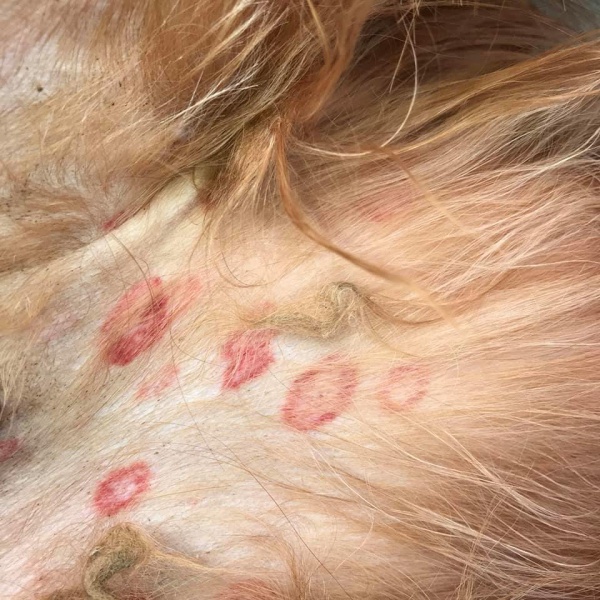 So who was responsible for nasty-looking bite marks?

“These appear to be bites from black flies, which are widely spread across North America, particularly the northern latitudes,” Michael San Filippo, a spokesman for the American Veterinary Medical Association (AVMA) said. “Bites from these flies on dogs are usually harmless, but we’d caution pet owners not to ignore or downplay these kinds of bites, as there may be other causes that could cause similar markings that indicate more of a threat to our pets.” 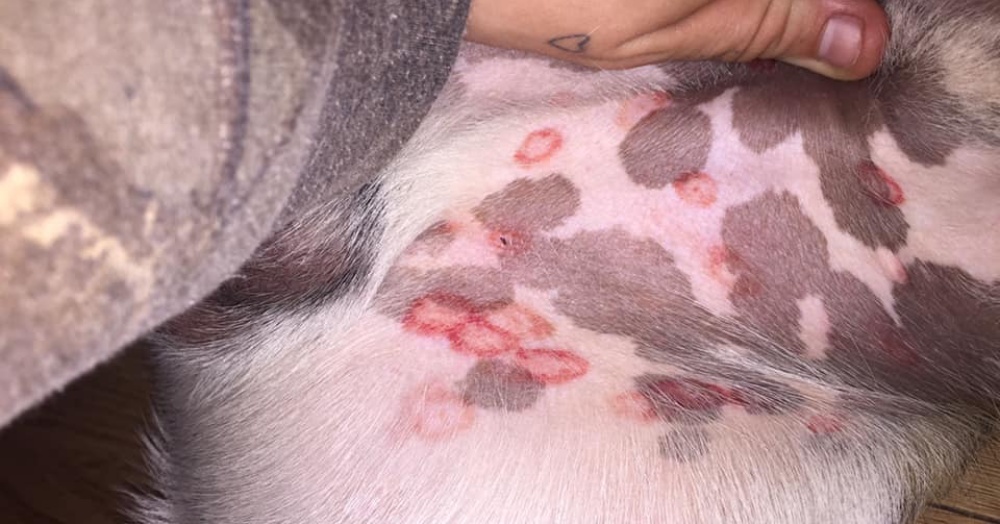 The reason can include other bugs or pests, plus allergic reactions to various environmental triggers. Because problematic bites could appear similar to these, they warn caution if you’re truly concerned. 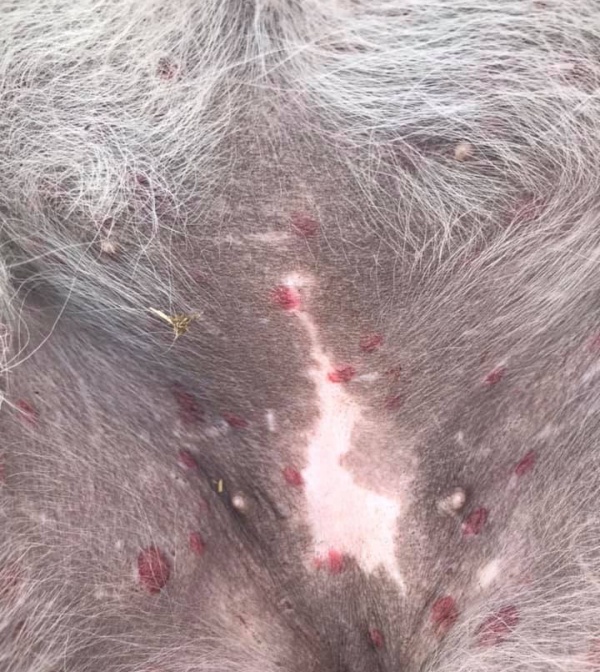 “If you notice any unusual bites or injuries or behaviors, you should contact your veterinarian to discuss,” San Filippo said. “There are a number of factors to consider, such as your pet’s age, medical history, and health status, as well as the specific health threats to your pets where you live.”