Many people consider grocery shopping a chore, but one cat’s fondness for the weekly routine caused him to become a fixture at his neighborhood grocery store.

The BBC first reported sightings of Pumpkin, who was found lounging on the self-checkout kiosks in clear violation of store policy. Not only does this particularly grocery store outlet in Tesco in Norwich, England, bar pets of any kind, the cat’s constant loitering inspired previous (and unsuccessful) efforts by management to curtail Pumpkin’s near-daily visits. 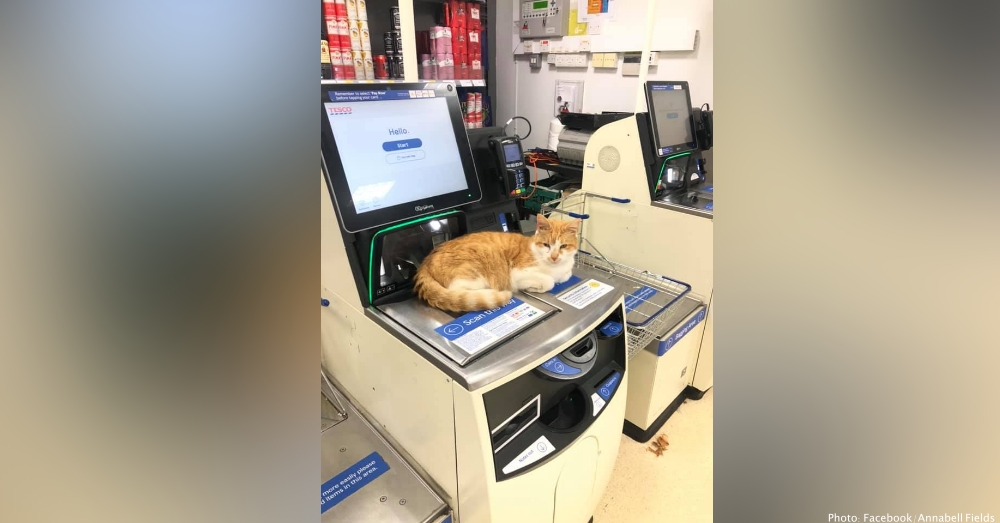 “They say he’s banned but I’m not sure how they’re going to keep him out,” Pumpkin’s owner, Jo Harding, told the BBC in 2019, after the Tesco’s Express in Norwich, England, announced its intent to gently encourage Pumpkin to kindly stay outside.

For a while, the plan seemed to work. Although he still showed up daily, the six-year-old cat limited his visits to the sidewalk outside, where he watched over the parking lot and greeted customers passing through the front door. 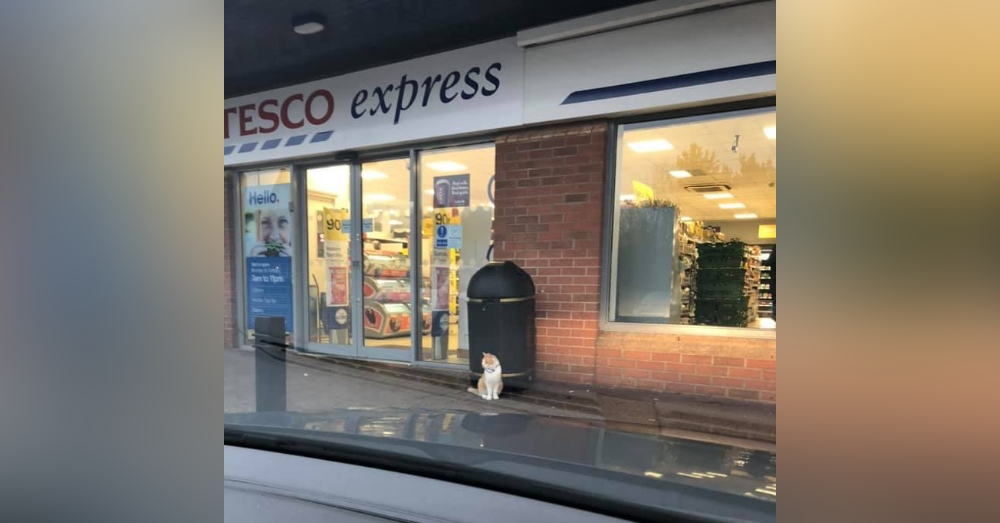 But after honoring store policy for several months, the temptation to venture inside finally became too much. When Pumpkin was once again found napping on his favorite self-checkout kiosk, his act of defiance quickly went viral – and endeared him to the British public.

“You go Pumpkin,” on user commented on the cat’s Facebook page, which also grew to include thousands of fans worldwide. “Cats make the rules and Tesco should appreciate Pumpkin is a god and they are privilege for his presence.”

“Total respect for the cat that has NO respect,” another user agreed. Pumpkin’s rouge napping even earned a shout-out from Larry the Cat, the “chief mouser” living at 10 Downing Street.

But Jo Harding, Pumpkin’s owner, wasn’t at all surprised to hear her cat ran afoul of management again. “Pumpkin is taking no notice of his ban,” she told the BBC in response to her cat’s latest photos. At least she didn’t say I told you so.