Kayla Blake said goodbye to her beloved dog, Rebel, as she headed out to coach soccer – never thinking it could be the last time. While she was coaching, a fire broke out in her apartment building and flames engulfed her third-floor apartment.

Her heart stopped when she saw all the smoke and flames as she neared her apartment. She parked her car and sprinted home to try and save her best friend. 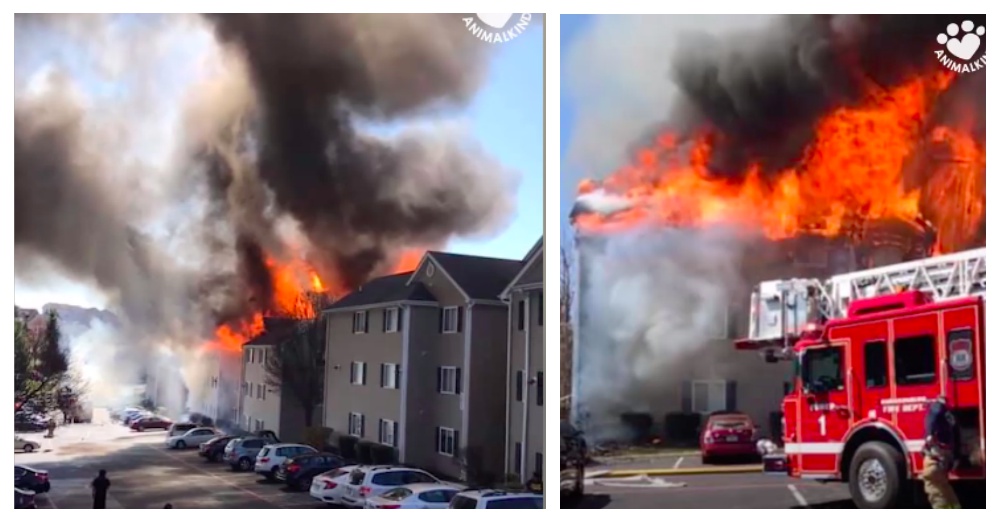 She immediately ran up to a police officer and pleaded with them to save her dog. “My dog is up there! I need somebody to get him,” Kayla told USA Today.

However, the first responders told her that he most likely did not make it due to the intense heat and damage from the fire. They assumed the floor had given out from all the damage. 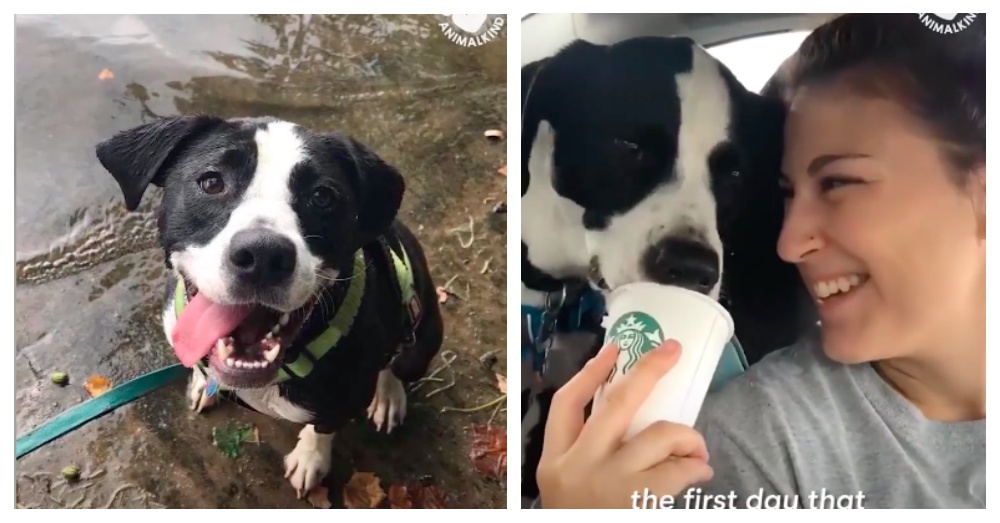 Kayla was heartbroken and cried for two days straight over the lost of her best friend. She rescued Rebel from a local shelter three years ago and the two immediately formed an unbreakable bond.

Days after the fire, she returned to her charred apartment in hopes of retrieving Rebel’s dog tags. She said, “I really just would love to get his tags down.” 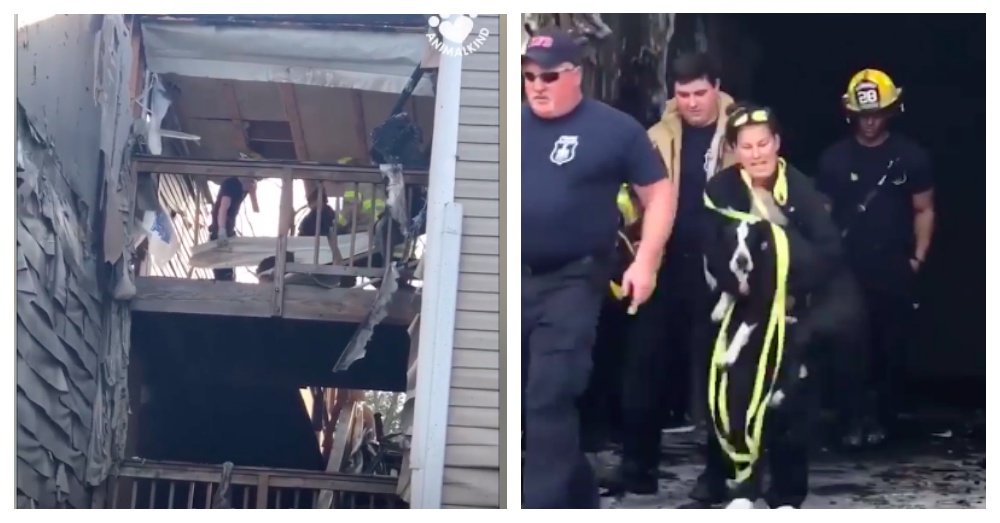 Little did she know that she was about to witness a miracle. As they approached the building she heard what sounded like a faint bark. She thought it couldn’t be, but then realized it was Rebel and he was alive!

“I felt really lucky because realistically there’s no way he should have survived that and for whatever reason he did.” 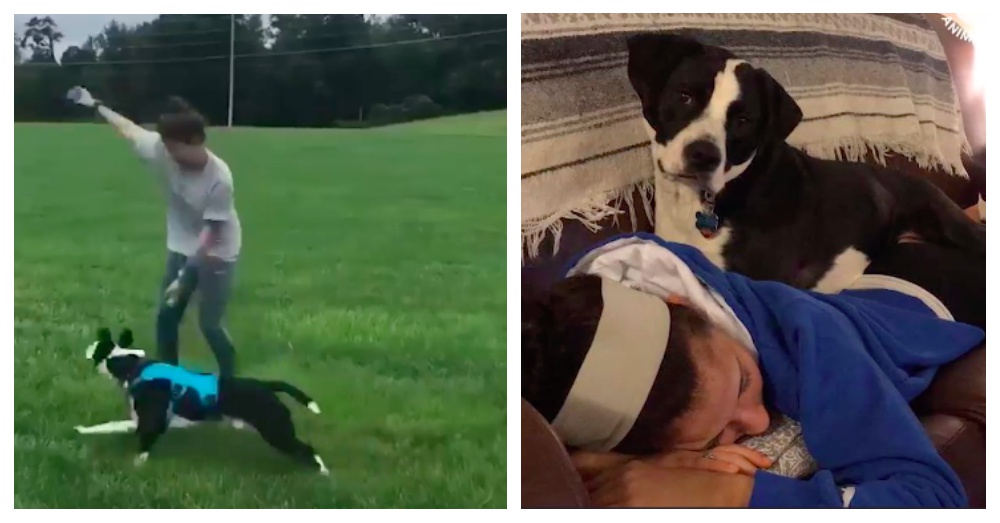 He miraculously survived the fire and only had a minor burn on his nose. Firefighters found him hiding under a desk in the corner of the apartment. The only explanation Kayla can think of as to why he survived is because of the love he shared with her. He was not ready to leave her side.

Watch the touching reunion in the video below.