Grateful Rescue Dog Goes On To Save Her Human, Twice

Maryeileen Flanagan lives on a 10-acre horse ranch in Hidden Valley, Arizona, an enclave of rolling hills and sweeping vistas about 40 miles from Phoenix. Unfortunately, the open spaces also tempt people to dump their dogs nearby, so much so that residents run a Facebook page in an effort to catch offenders in the act.

The widespread abandonment also feeds packs of feral dogs, who’ve been known to chase the local livestock. That’s why Maryeileen took note of the auburn-hued stray who showed up one day while she and her friend, Kit, were feeding horses. 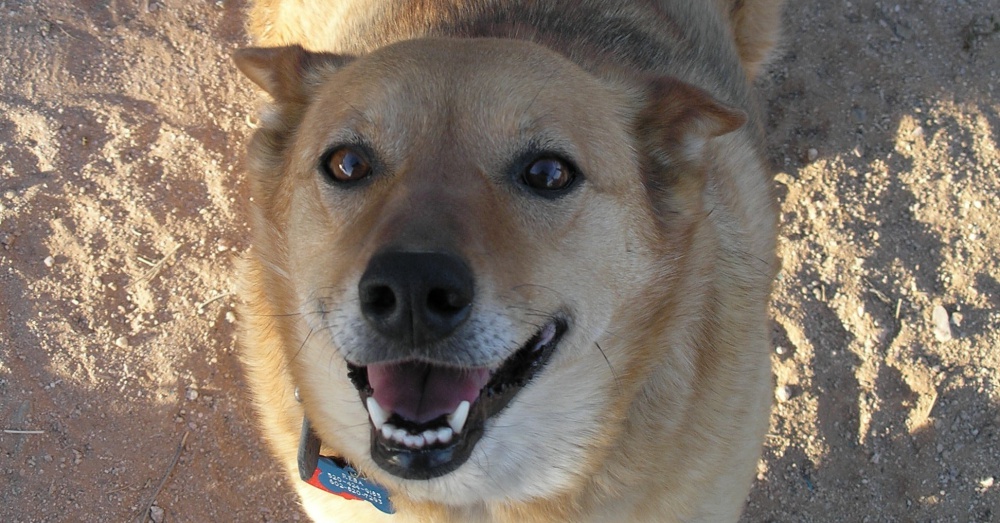 However, the friends quickly realized this lonely animal wasn’t like the rest of the neighborhood street dogs. For one, she was very shy. Even though the animal was clearly hungry and following the women around, the dog always lingered about 20 feet away.

The women tried to coax Reba, whom they’d named for the red-haired singer, inside the fenced yard, but the young dog refused. So Maryeileen left food and water outside and then called Animal Control, fearing the timid creature might join a feral pack — or worse. 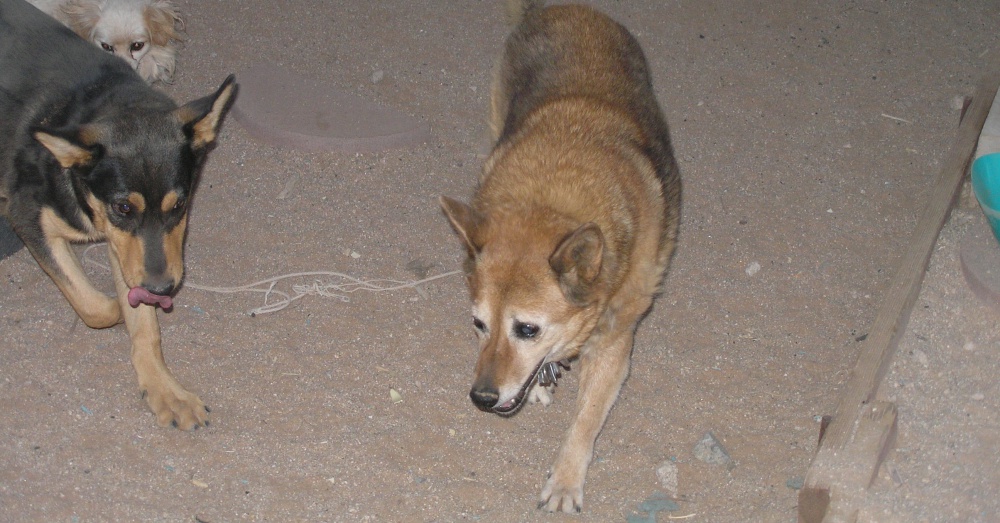 Animal Control couldn’t catch Reba either, so they set a trap outside Maryeileen’s ranch, laced with gooey, smelly food to lure the animal inside. “Well, Reba is a sharp cookie and she figured out how to get the food without setting off the trap,” Maryeileen recalls. “She got so good at it that Animal Control wouldn’t even be out of my driveway before Reba was enjoying breakfast.”

As the friends chuckled about the dog’s stealthy maneuvers, Reba started to understand these humans were on her side. “She would come up to us from behind and sniff our ankles and the back of our legs, but she still wouldn’t let us quite touch her,” Maryeileen remembers. 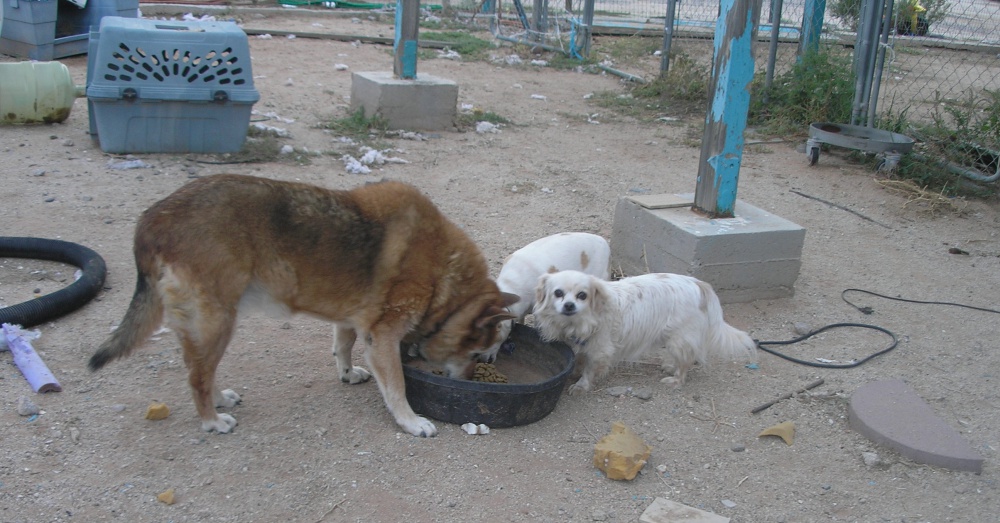 It wasn’t until they’d replaced the bait with a fatty piece of leftover steak that Animal Control finally made some progress. “Reba tried to do her usual soft lift of the food,” Maryeileen recalls, but the wily pooch wasn’t aware this particular meal was rigged to trigger the trap’s spring.

That’s when the poor creature really started to panic. “She was frantic to escape–just terrified in every way,” she remembers, recalling this as the exact moment she decided to adopt the frightened dog. “I told the officer that if no one claimed her, I wanted her.” 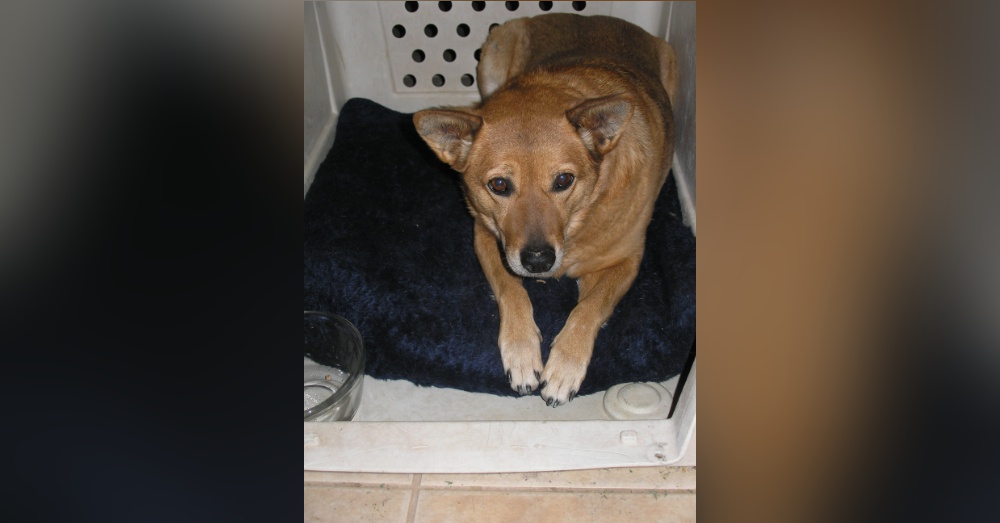 Unfortunately for Reba, things would get worse before they got better.

There was an incident with one unscrupulous vet, who spayed the former stray even though the dog — which must have belonged to somebody else at one time — had clearly been through the operation before. “Reba had been terrorized and hurt further for no reason,” Maryeileen recalled, noting how her regular vet – who examined the dog after Reba’s frantic attempts at escape led her stitches to fall out — demanded that she report the incident. 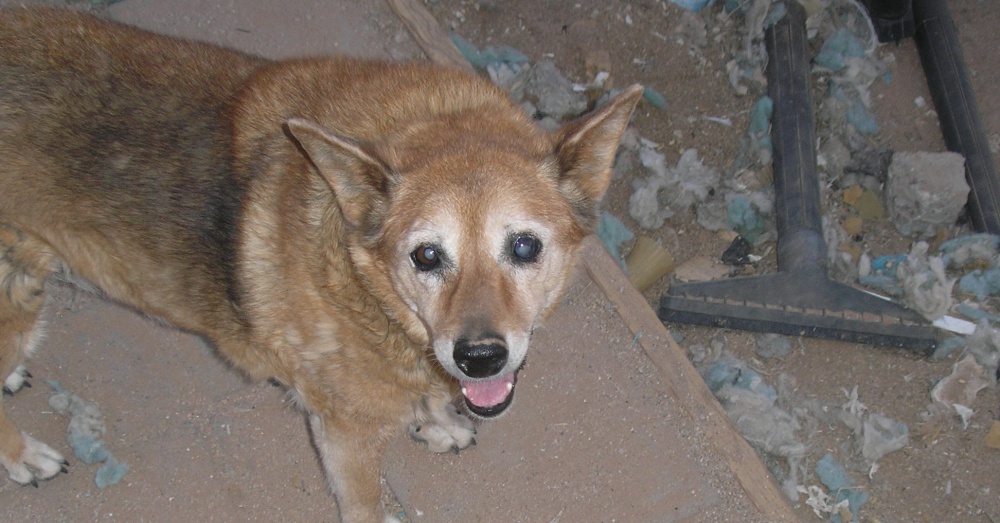 On another occasion, Reba (who had become protective of Maryeileen by this point) was bit by a rattlesnake. Her human had stepped barefoot into the yard, only to be greeted by the deadly buzz of an angry rattler. “As I started to move, Reba snapped at my ankle and I saw the snake bite her twice on the face as I leapt back to the safety of the house,” she remembers.

She and her husband rushed their precious rescue to the emergency vet, only to discover the dog would need three or more $600 doses of anti-venom. 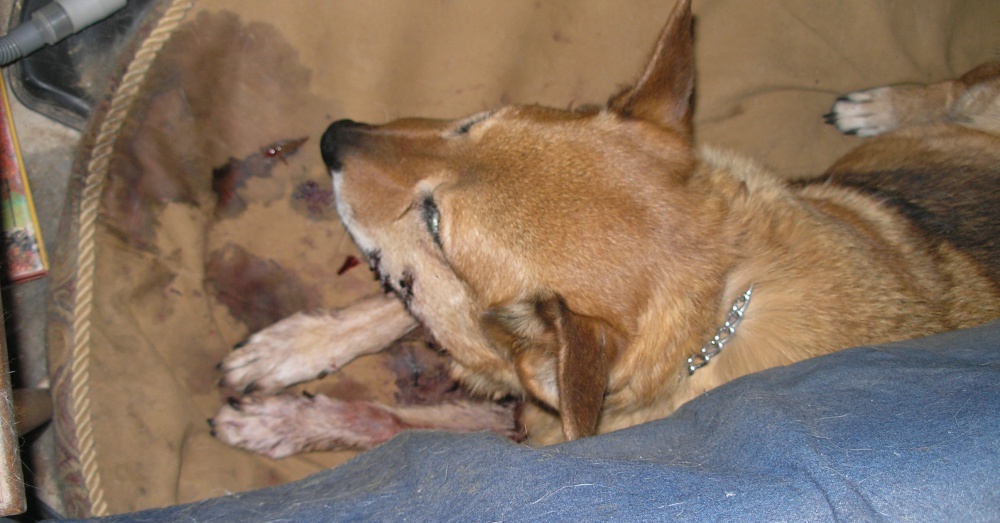 “There was no way I could afford over $2,000,” Maryeileen says, recalling the devastation with which they drove the dog home, then showered Reba with sub-cutaneous fluids, large quantities of Benadryl, and plenty of prayer. The dog’s head grew to the size of a small watermelon, and then, just as suddenly, the swelling miraculously ceased.

Two years later, Reba did it all again. Maryeileen had opened the front door only to find a rattler coiled against the frame. Once again, Reba sprang into action, diverting the snake’s attention long enough to allow her favorite human to safely slip inside. Once again, Reba’s head swelled mightily. Once again, she survived. 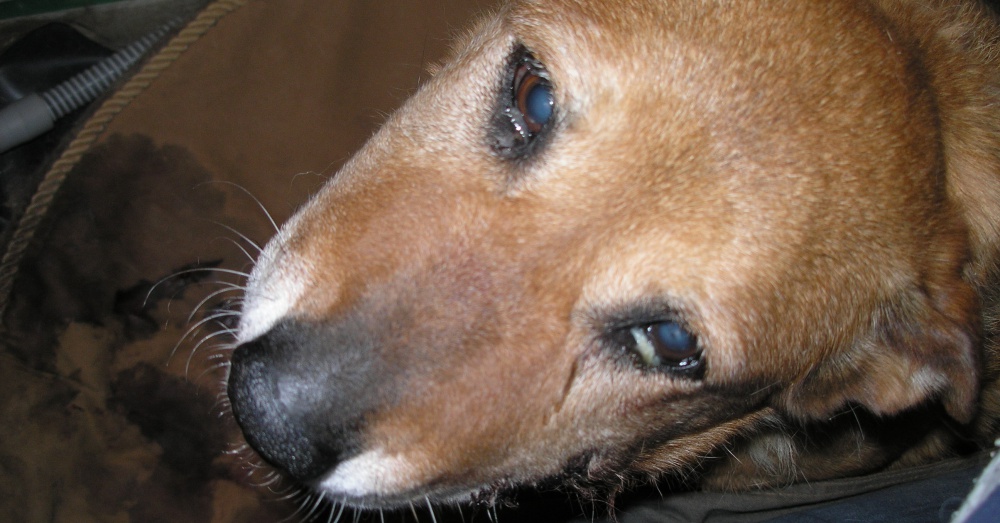 She’s also extremely territorial, which isn’t uncommon among rescues. “Since the day we brought her home, she has not gone out the gate unless we put her on a leash and practically dragged her outside the fence,” Maryeileen says. “She knows this is her area and she doesn’t want to leave it.” 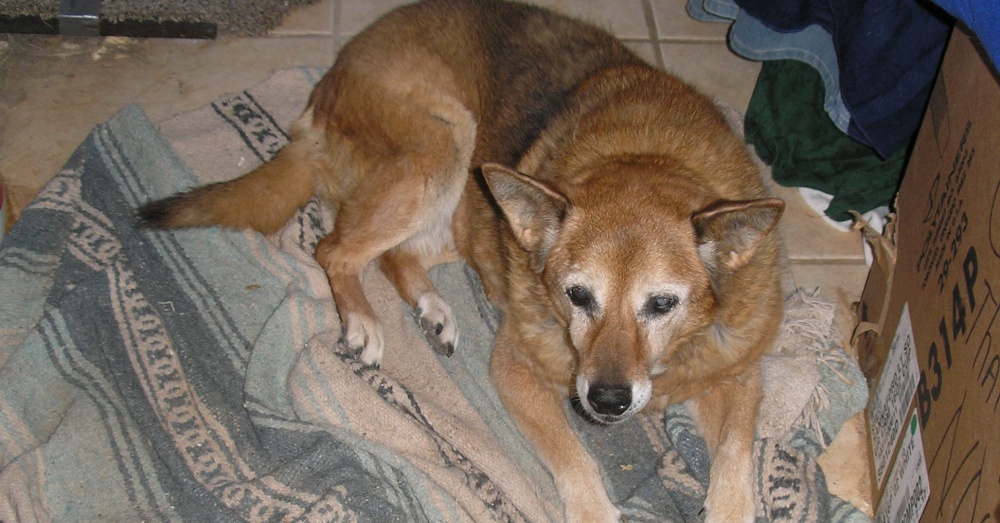 And despite her age, this Queensland Heeler still loves to dig; under the foundation of the house, by the water bowls, and even alongside the fence, prompting her humans to follow her around, patching up all the holes with river rock.

To Maryeileen, however, this is a small price to pay, considering all the times she and Reba have saved each other over the years. “I don’t know what I’ll do when we finally lose her,” she writes. “She is, beyond a doubt, my hero dog.”